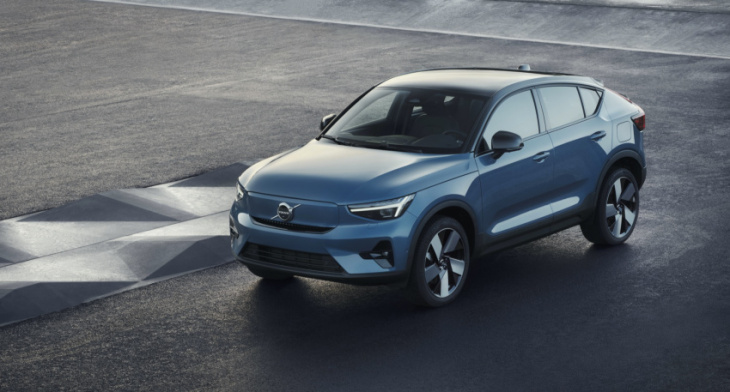 Volvo is set to unveil an electric successor to the XC90 mid-size SUV on Nov. 9, a vehicle recently confirmed as the EX90.

One will be an electric crossover smaller than the XC40 compact crossover and the other a sedan, which according to Drive will likely be a mid-size sedan in the same segment as the Volvo S90. Both are expected by the end of 2024.

Volvo’s smallest models at present are the XC40 and related C40 Recharge. However, former Volvo CEO Hakan Samuelsson said during the reveal of the C40 Recharge the company was planning a model to sit below the 40 series.

The new baby Volvo crossover, which may go by the name EX30, which Volvo has a trademark for, is expected to be based on the SEA modular EV platform from Volvo parent company Geely. The platform made its debut last year in the 001 hot hatch from fellow Geely brand Zeekr and features an 800-volt electrical system for high-speed charging.

The baby Volvo will likely be built in China to keep costs down. Geely has built a state-of-the-art plant in the Chinese coastal city of Ningbo for production of SEA-based vehicles.

As for the sedan, it may end up using a version of the aluminum-intensive platform fellow Geely brand Polestar has developed for the Polestar 5 sedan due in 2024. Electric sedans from Volvos are expected to carry the designation ES, and then a number to signify their size and positioning. The mid-size sedan is expected to be called an ES90.