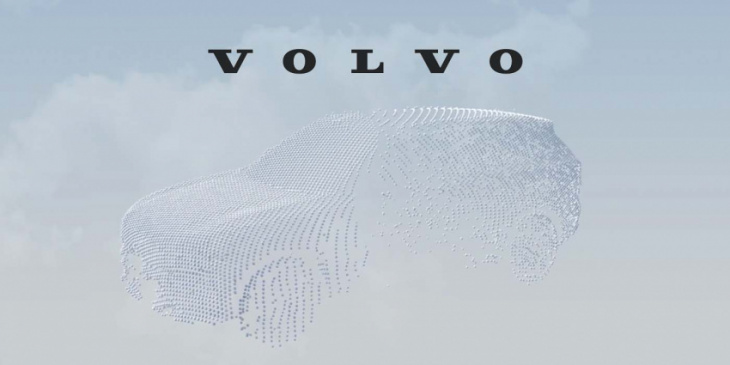 Volvo Cars has begun teasing a new flagship electric SUV called the EX90, set to become the successor to the popular XC90 model as it pivots toward an all-electric future. The full reveal of the new EV won’t happen until this fall, but Volvo is already calling the EX90 its safest vehicle to date and has shared some of the technologies we can expect to see inside and out.

Volvo Cars is a global automaker headquartered in Torslanda, Sweden, that is owned by Chinese conglomerate Geely Holding Group. In recent years, Volvo has been making admirable strides in electrification and carbon neutrality across its different marques and production processes, vowing to be a fully-electric brand by 2030.

To support these electrification goals, it has begun putting the necessary production infrastructure in place, including plans to invest SEK 10 billion (~$1.09 billion) into its Torslanda manufacturing plant to support advanced production practices like mega casting of aluminum body parts, plus a new battery assembly facility.

The automaker currently offers several electrified models, including the XC40 Recharge and most recently, the C40 Recharge. To date, Volvo has only delivered a plug-in hybrid version of its XC90 SUV, its most flagship vehicle in the entire fleet.

However, Volvo has been promising an all-electric version of the XC90 since last June, along with news that it would come standard with LiDAR. Although we have known this electrified SUV was in the works, Volvo remained vague on what it would be called.

Today, we have learned that the XC90 will in fact be reborn as the EX90 all-electric SUV, complete with LiDAR and top-notch safety synonymous with the Volvo name. We won’t get a full look at it yet, but Volvo did tease the EX90 with the following video:


EX90’s standard safety will be “beyond any Volvo before it”

Volvo Cars introduced its new flagship SUV in a press release today that includes a key note address from CEO Jim Rowan, focusing almost entirely on a factor that Volvo Cars does better than most, if not all – safety.

The automaker states that the EX90 represents a new era for Volvo Cars as it pursues a future where it is 100% carbon free as a company, vowing to continue innovating until cars don’t crash anymore. Volvo says the EX90 will arrive with “an invisible shield of safety,” thanks to its latest sensor technology.

This will include cameras, radar, and LiDAR, all powered by Volvo’s own core computing platform and software to create a 360-degree view of the EV’s surroundings in real-time. Volvo says that once EVs like this hit the roads, its research indicates a 20% reduction in accidents that cause serious injury or death and estimates it will improve overall crash avoidance by 9%.

Inside the upcoming EX90, special sensors and cameras powered Volvo’s algorithms will gauge the driver’s eye gaze concentration and alert them to focus when necessary. It will start as a soft nudge, but will become more insistent if needed. If a driver falls asleep or becomes ill while driving, the EX90 is designed to safely stop and call for help.

Volvo Cars says it will share more details of the EX90 when it is officially revealed on November 9. In the meantime, you can the full keynote address from Jim Rowan in the video below:

Keyword: Volvo’s all-electric EX90 will succeed XC90 SUV and include a LiDAR-powered ‘invisible shield of safety’

Volvo’s first bi-directional-charging EV — its upcoming EX90 flagship SUV — will be revealed on November 9, the automaker teased early October. It will be the automaker’s first car capable of being a “virtual powerplant,” allowing owners the option to power their homes with the vehicle’s batteries using specialized ...

Amazon is ordering 20 electric trucks from Volvo as part of its electrification effort for its large delivery and supply chain fleet. Back in 2019, Amazon announced a new initiative called “The Climate Pledge.” It’s a carbon-neutral commitment across the company, and as part of the new initiative, Amazon ...

Volvo Recharge Concept shown EX90 will not replace Volvo XC90, at least not directly All-new 2023 XC90 likely to be announced later this year / early-2023 No new powertrain, will carry over current model’s PHEV setup About two weeks ago, Volvo announced its latest flagship the EX90. To be ...

Price and features – Does it represent good value for the price? What features does it come with? 7/10 Design – Is there anything interesting about its design? 9/10 Practicality – How practical is the space inside? 8/10 Drivetrain – What are the key stats for the drivetrain? 9/10 ...

Volvo introduces new tech to save kids from hot cars

Despite EV-only vow by 2030, Volvo is quietly playing both sides by betting on dirty ICEs

Despite EV-only vow by 2030, Volvo is quietly playing both sides by also betting on dirty ICEs

Power your life with the Volvo EX90