Hybrid and full-electric were both part of the XC40 plan from the off, so the battery and electric motor slot in seamlessly – with no compromises to design or function – as doubtless will be the case with the full Recharge EV version soon.

So it’s a bit odd that Volvo seems to have tied itself in knots with the names. It’s in the process of losing the ‘Twin Engine’ bit from its hybrids (which never quite made sense) and replacing it with Recharge labelling that will also (potential confusion alert) be used on its full electric cars. You’ll need to watch out for the presence or absence of ‘PHEV’ on the spec sheet – that’s what tells you this is the plug-in hybrid.

That same spec sheet will also feature the letters ‘FWD’, as this is a front-wheel-drive crossover that isn’t even pretending to offer any kind of all-terrain ability.

So, in theory, this is very ‘now’: a compact family car with a pleasing shape, some clean-running EV capability, and lots of modern design and functionality. But it’s also quite an expensive one, with no XC40 PHEV available for less than £40k, although there will be financial advantages in terms of fuelling costs and benefit-in-kind tax.

How it fits into the Volvo line-up

Volvo isn’t messing around when it comes to electrification. Although the first full-electric Volvo, the XC40 Recharge, isn’t here yet, there’s a plug-in hybrid version of every model currently offered – saloons, estates and SUVs alike – as well as mild-hybrid versions. The XC40 is also available in petrol and diesel forms. 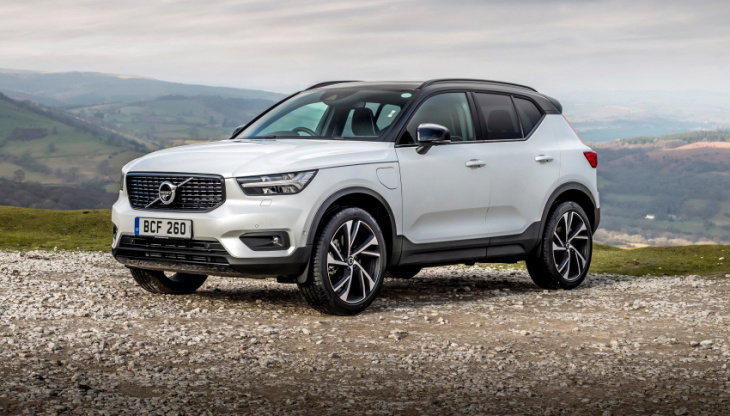 The Recharge PHEV combines a 1.5-litre petrol triple with a battery, electric motor, automatic transmission and front-wheel drive. That much is fixed. Your choice comes in the trim levels.

Entry level is Momentum, which includes more than enough of everything, from LED headlights to two-zone climate control and rear parking sensors. 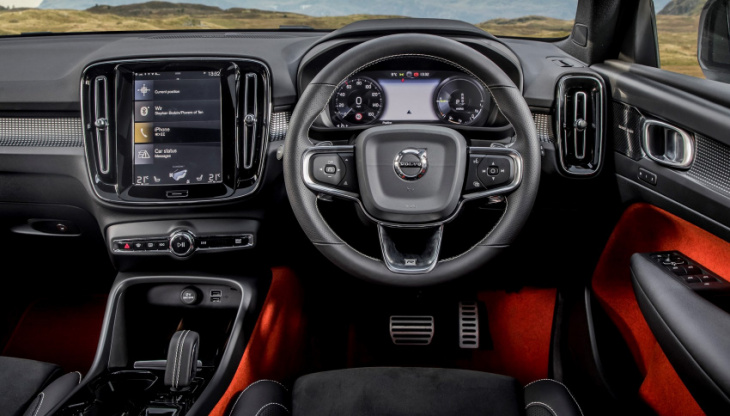 Inscription is more luxurious, with more leather, wood and chrome, whereas the other trim levels favour the quirkier fabrics that Volvo is very good at, many of them using a lot of recycled materials.

All levels have a ‘Pro’ mezzanine level, which brings extra features – generally electronic – for extra cash.

The XC40 PHEV is designed to be most effective if it’s charged overnight at home and/or during the day while you’re at work. That way, if every journey starts with a fully charged battery, you can use the electric motor for 20-odd miles of gentle zero-emissions running, or you can dip into the battery to help give the petrol engine a bit of a lift, or a bit of both. 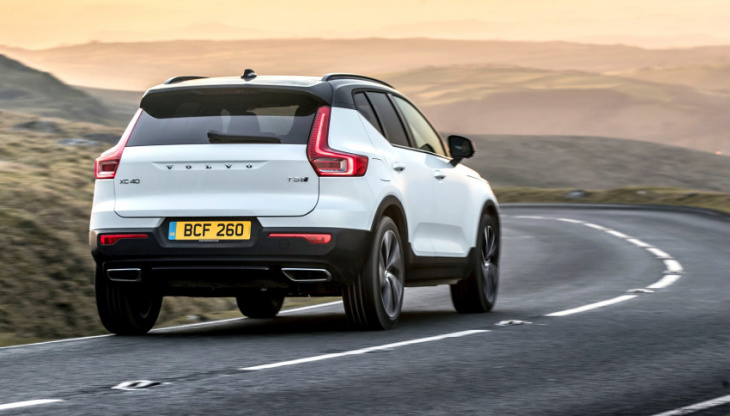 The battery, under the floor, feeds an electric motor that adds its 81bhp to the 178bhp provided by the three-cylinder petrol engine. Drive gently in Pure mode and the XC will stay electric-only as long as it reasonably can. When the petrol engine does kick in, it’s a smooth and accurate pass, not a clumsy toe-punt.

You can make the best use of the available charge if you’ve put a destination into the sat-nav. That way, the car will eke out the electricity, making sure to hold some back for the urban finale of your journey.

The XC40 is the first car to use Volvo’s CMA underpinnings, which are different from the SPA componentry used in the larger XC60 and 90. You get MacPherson struts at the front and a rear multi-link set-up. R-Design’s firmer suspension set-up doesn’t suit it terribly well, losing the luxury feel that Volvos often excel at. There’s nothing very sharp or rewarding about the steering. As a conventional driving experience, it’s at best neutral. 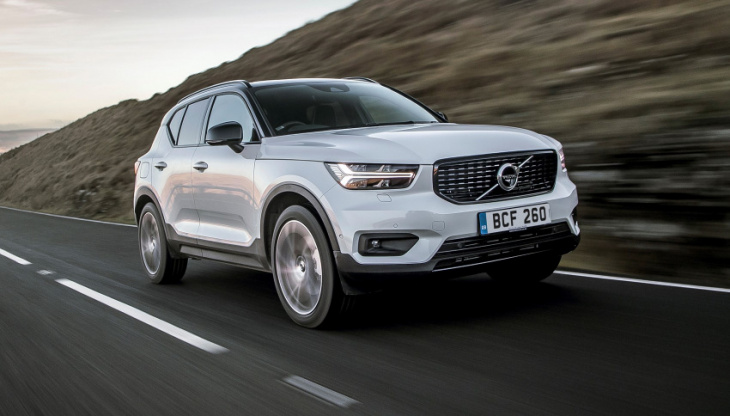 Like all XC40s, it’s every bit as good in the back as in the front. You sit high and upright, with a good amount of glass and a level of design flair that too many other manufacturers confine to the front. The boot has a decent 460 litres of luggage space with the rear seats up, or 1336 litres with them down. There’s also a useful selection of door pockets and centre-console cubby space, acknowledging that you’ll have a drink, a phone and a laptop with you.

Up front, the nine-inch touchscreen – familiar from other current Volvos – is reasonably logical and easy to use, although many would prefer a few more physical switches. It’s accompanied by voice control for features including temperature, nav input or controlling your music.

It’s an outstanding bit of design, inside and out: eye-catching, easy to use, with the warm glow that comes from knowing you have the best-looking car in the street. But then the more measurable reality kicks in. It’s not cheap. On our test car, the ride quality and the braking were oddly jerky. And, as with most plug-in hybrids, an electric range that on paper looks like almost 30 miles very soon turns into 20-ish on the road.

So, although you want to take your hat off to Volvo for getting this and so many other electrified models into showrooms in 2020, it’s hard to recommend enthusiastically as a car to purchase or lease. If your circumstances meant you could spend most of your miles running on electricity rather than petrol, then the price wouldn’t seem so steep. And at gentle speeds, on smooth roads, it feels fine. But that’s too many ifs and buts. You suspect the full-electric 40 will be better resolved.

Chief among the EX90’s technology is its comprehensive suite of sensors normally seen only on fully autonomous test mules so far. The suite will include cameras, radars, ultrasonic sensors and lidar in the car’s roofline.

As electrification knocks on the door of European manufacturers, we can expect a new zero-emissions vehicle in Volvo’s fleet very soon. The all-new Volvo EX90 will be an electric replacement for the popular Volvo XC90 and is set to be fully unveiled to the world on the 9th of November ...

2023 Volvo XC40 Recharge Safety and Driver Assistance Features: Everything You Need to Know