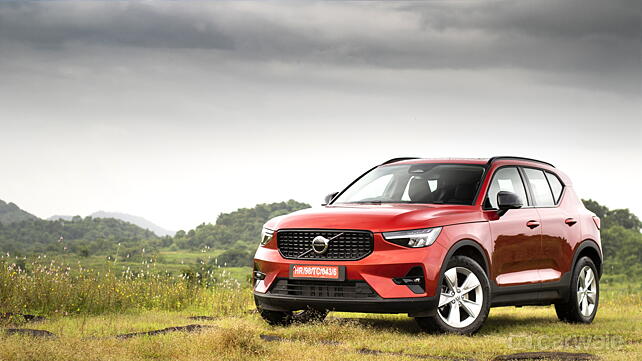 With every passing year, Volvo has sworn to make the planet cleaner, greener, and more environment-friendly by introducing new electric and plug-in hybrid models. And in line with it, the Swedish luxury carmaker has introduced the XC40 Recharge. But what more could it do to give the Germans a run for their money? Well, it has decided to go hybrid—not completely, for now. It’s the baby SUV in the line-up that gets a new mild-hybrid power plant along with a reshuffled feature list. But is it enough? Let’s find out. 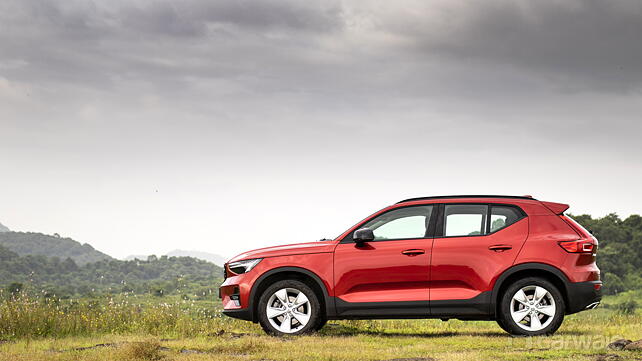 While the overall compact dimensions and chunky lines of the XC40 have been retained, Volvo has made subtle changes to the exterior styling. The front fascia wears the signature single-piece grille with the massive Volvo logo and is flanked by LED headlamps. While these headlamp clusters may appear unchanged at first glance, Volvo has sharpened the T-shaped DRLs and there is a secondary four-pod LED pattern above them. Although chrome adds more bling, the XC40 follows a rather subtle approach with gloss black inserts that can be seen on the grille and ORVMs. 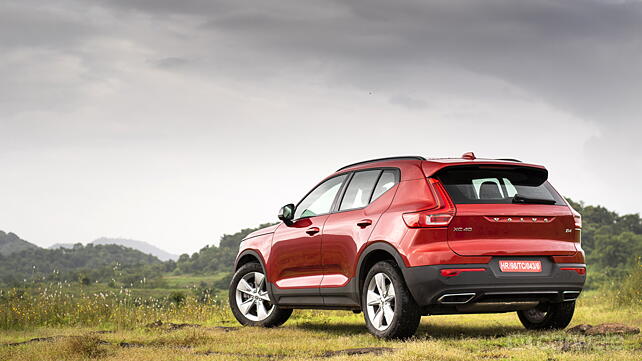 Moving to the side, the XC40 runs on the same 18-inch wheels but in this mild-hybrid guise, the dual-tone finished alloys have been swapped for a rather plain-looking five-spoke design. Another step-down is the single-tone paint scheme that replaces the contrasting black roof. That said, the boomerang-shaped vertical tail lamps look unmistakeably Volvo. 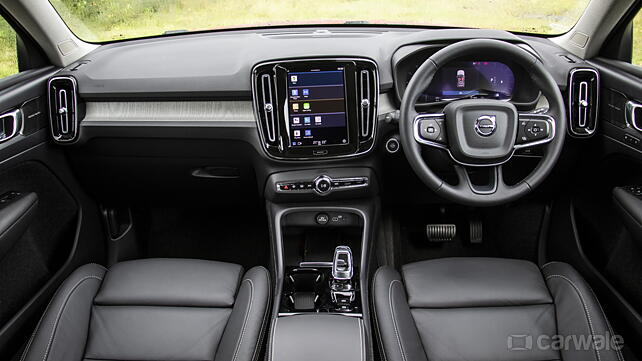 Volvo has not fiddled much with the cabin and the overall design, layout, and even the quality levels remain intact. And we feel this is a good thing as Volvo’s vertically-stacked elements along with a minimalist approach to the design make it look like one of the well-appointed cabins in this segment. Then, the dashboard continues to follow an all-black theme with a subtle dark wooden inlay insert at the centre. However, our favourite element here is the new eye-catching backlit glass gear knob that looks premium and is sure to impress the owner. 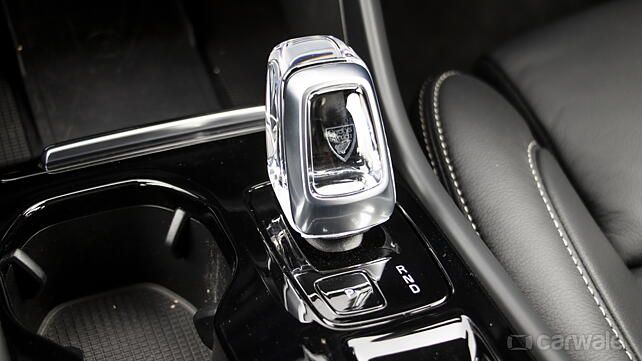 What’s new on this facelift is the updated fully-digital instrument cluster and the nine-inch touchscreen infotainment system that is now powered by Google. While the driver’s display isn’t as configurable as we would have liked, the infotainment unit now gets in-built Google Maps along with Google’s voice assistant. On the flip side, Apple phone users will have to keep a cable handy to use the CarPlay function. Even the system-integrated HVAC controls are a bit fiddly because of lack of pyscial controls. 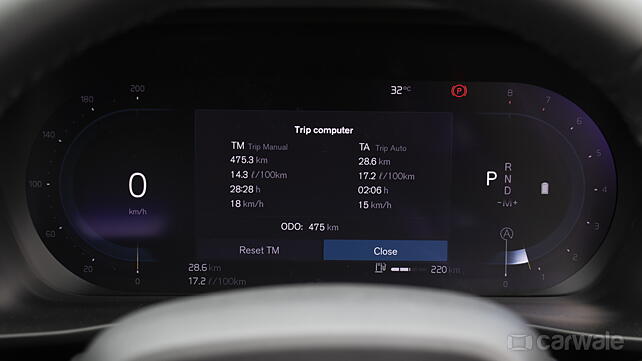 Having said that, the front seats are supremely comfortable and with power adjustment and electrically operatable tilt and telescopic steering wheel, one can easily find the right driving position and the XC40 remembers it with two memory settings onboard. The four-way lumbar support and a manually-extendable seat base further ensure a comfortable stay on long journeys. Also, there are ample storage spaces all around the cabin. The front and rear door pockets can easily fit in big bottles whereas the centre space can have two cup holders. What impressed us were the small and neatly laid cubby spaces, like the one at the front of the armrest and at the rear, near both sides of the seat base. 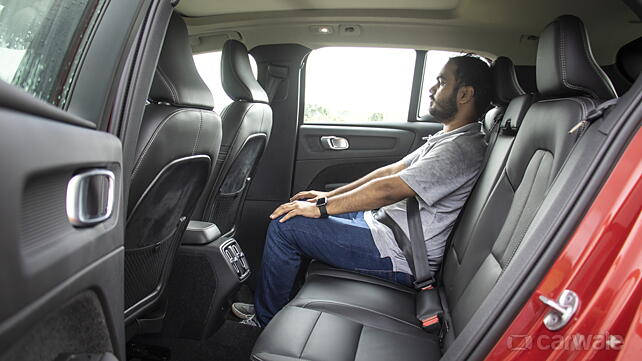 Talking about the rear seats, these aren’t the best ones but you do get some room here. However, we found the backrest angle to be a bit too upright and then the seats are low set with short seat base, thus taller occupants will have to sit in a knees-up position. But you do get a panoramic sunroof for an airier feel and the practicality bits include two USB ports and an armrest with two cup holders. 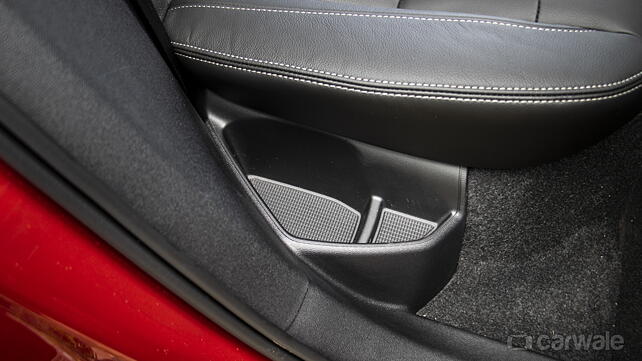 Even the luggage space is thoughtfully designed as it not only gets a 60:40 split rear seat but also a small cutout to access the belongings in the boot while seated at the rear. Then there are small but useful inclusions like hooks on both sides, a 12-volt socket, a two-step folding carpet with additional underneath space, and an electric tailgate with gesture control. 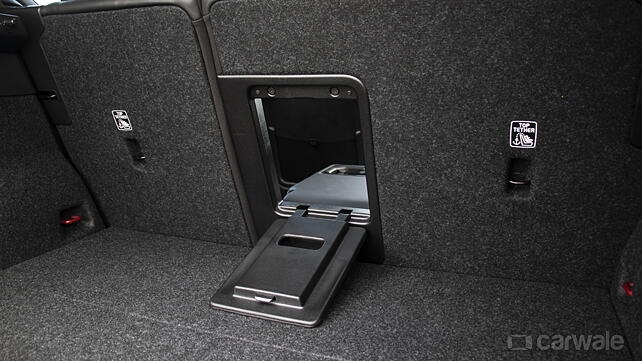 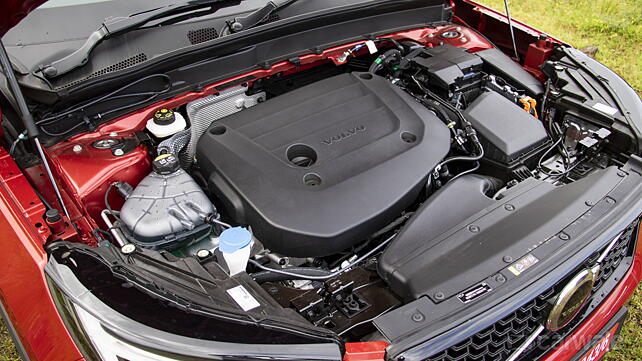 Gone is the old ‘T4’ badge and in comes the new ‘B4 Ultimate’ badge which, in Volvo’s book, stands for the mild-hybrid powertrain. And honestly, it is the only real update to this luxury SUV. It’s powered by the same 1,969cc petrol engine which in this guise works in tandem with a 48-volt battery to help with better acceleration and fuel efficiency. The result is a bumped-up power at 194bhp (7bhp more) and 300Nm of peak torque. The gearbox duty is taken care of by the eight-speed automatic unit that transmits the power to the front wheels. 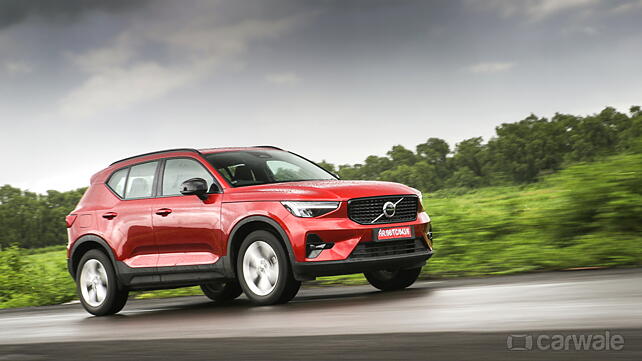 The difference due to the addition of mild-hybrid tech is instantly noticeable from the moment you crank the engine. The motor is extremely silent on idle and even when on the move, you can barely hear any engine noise. Put your foot down and it won’t hesitate to rev smoothly and happily up to 6,000rpm. However, while at it, it’s not something that will pin you to the seat and make you feel exhilarated. Instead, the power delivery is linear throughout the range and even when the turbo spools at around 2,500rpm, the push is not sudden and aggressive. Yes, you do miss the conventional paddle shifters and the drive modes, which were present on its predecessor and could have made the driving experience slightly more exciting. 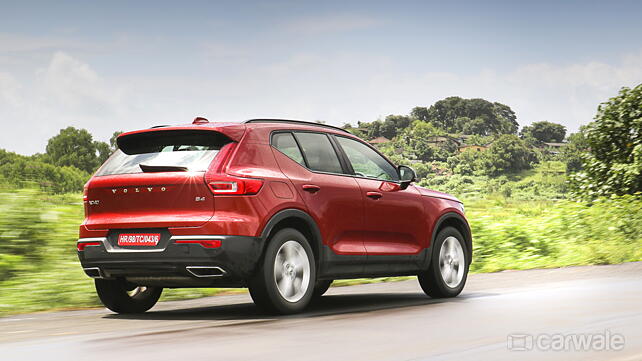 Then there are ‘Off-Road’ and ‘Steering Firm’ modes. The former lightens the steering and engages the hill-descent control which mostly comes in handy when encountering a steep incline or a down trail. The latter, as the name suggests, adds weight to the steering and you can feel that more when cruising at highway speeds. Being a Volvo, safety is paramount with the XC40 as well and it’s equipped with several ADAS features like adaptive cruise control, lane-keep assist, a blind-spot monitor with cross-traffic alert, and front and rear collision mitigation support. We tried the first two and they worked seamlessly. However, one should always be mindful of the surroundings, and the system works well on well-marked roads and with timely driver input. 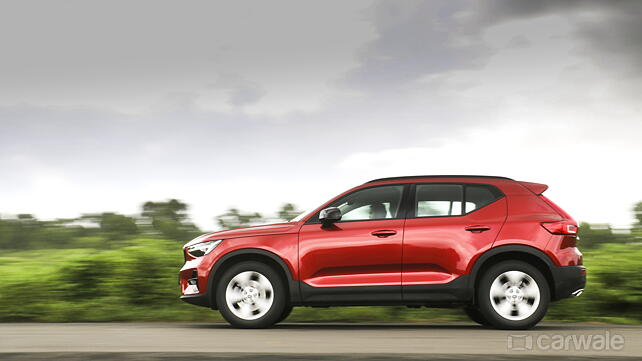 Now, the ride quality of the XC40 is supple and when doing highway speeds, it feels extremely stable and planted. The power is ample and reaching and maintaining three-digit speeds is effortless. However, when pottering in the city, the XC40 feels slightly firm. Not that it gets unsettling and bumpy, but you can hear the suspension working. Having said that, it doesn’t take away anything from how wholesome the XC40 feels overall. 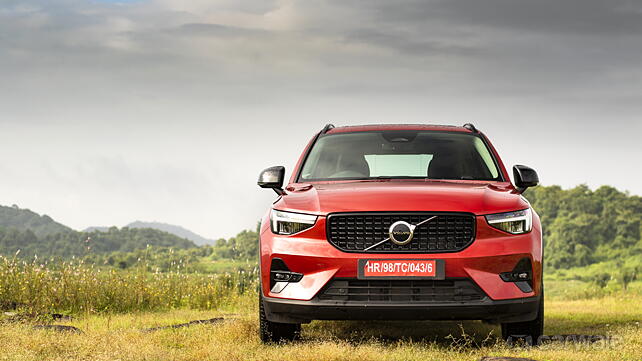 Priced at an introductory price of Rs 43.20 lakh (ex-showroom), the Volvo XC40 is Rs 1.30 lakh less than the previous model. However, Volvo has said that the prices will soon be hiked to Rs 45.90 lakh and that will make the XC40 the most expensive SUV in its segment. However, it’s offered in a single fully-loaded and you do get a lot of cars for that much money. Moreover, it retains the quirky design, has a highly practical cabin, and is the most feature-rich of the lot. 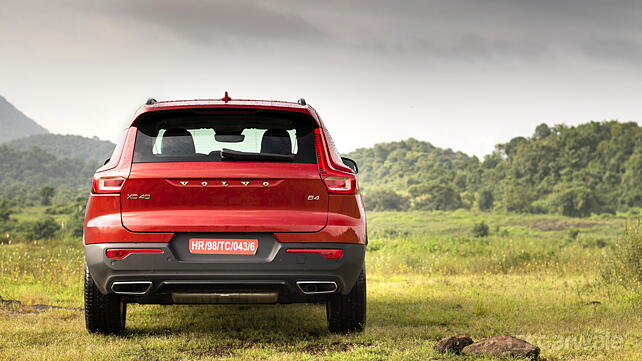 That said, the petrol engine although refined is not the punchiest and fun to drive and the back seat isn’t the best space to be in either. However, the XC40 will appeal to those set of buyers who are looking for a well-equipped luxury SUV that also ranks high on safety and equipment.