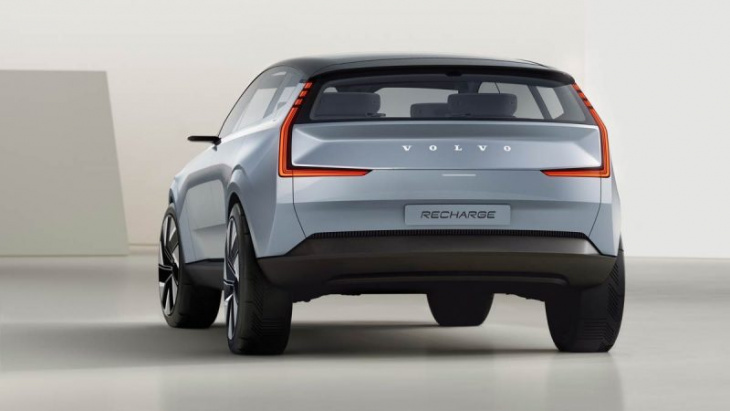 The name of the all-electric replacement for the XC90 has been revealed in a new safety report from Volvo, and it won’t be the “Embla.”

Instead, it will be called the EX90, says Volvo. In what has been described as the “start of a new era of safety” for Volvo, the carmaker has released a summary of upcoming safety features for the EX90, and says it will launch the EX90 in November.

Having hinted in June that LiDAR and an autonomous driving computer would underlie the safety package for the XC90 successor, Volvo has now outlined a number of other details.

“We believe the EX90 to be the safest Volvo car to ever hit the road,” said Joachim de Verdier, head of safe vehicle automation at Volvo Cars.

“We are fusing our understanding of the outside environment with our more detailed understanding of driver attention. When all our safety systems, sensors, software and computing power come together, they create a preventative shield of safety around you – and you won’t even know it’s there until you need it.”

In addition to the LiDAR remote sensing and AI computer, features that will improve safety include, for example, sensors that monitor eye movements in order to determine driver alertness.

It’s a wise if predictable move from Volvo: driver monitoring was a key feature that earned the Tesla Model Y the highest safety score ever in recent Euro NCAP testing.

To be able to claim the title of safest vehicle, Volvo will therefore have to surpass the Tesla Model Y.

“Our research shows that by simply observing where the driver is looking and how often and for how long their eyes are closed, we can tell a lot about the state of the driver,” said Emma Tivesten, senior technical expert for Volvo Cars safety centre in a statement.

“By basing its calculations on our research findings, the sensing system allows our cars to identify whether the driver’s ability is impaired, perhaps due to drowsiness, distraction or other causes for inattention and to offer extra assistance in a way that best suits the situation.”

And although Tesla has famously shirked LiDAR, Volvo says it has a place in safety features. According to its internal testing, using LiDAR to detect pedestrians up to 250 metres in front of the vehicle (120 metres on a dark road) can “reduce accidents with severe outcomes by up to 20 per cent, and overall crash avoidance can be improved by up to 9 per cent.”