Volvo has revealed its full electric EX90 seven-seat SUV – an EV replacement for its XC90 – set for production next year and on-sale in Australia in 2024.

Last week, Volvo Car Australia said that from 2026 it will only sell fully electric cars in Australia – four years earlier than the brand’s 2030 global target. 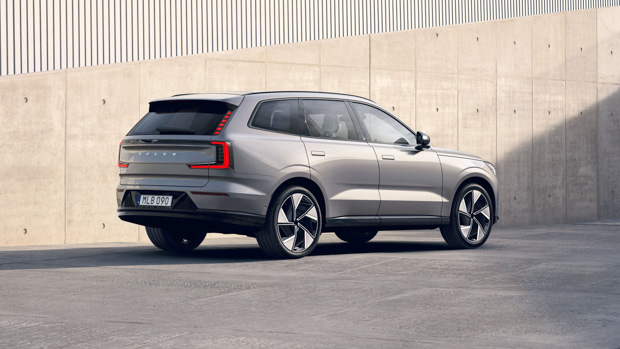 Volvo has unveiled the fully-electric EX90

The flagship EX90 promises up to 600km (WLTP) from a single charge from the initially available twin-motor all-wheel-drive version. Its 111kWh battery can be charged at 250kW in ideal conditions, giving from 10 to 80 per cent capacity in under 30 minutes.

Volvo says the dual motors in the EX90 Performance version offer 380kW and a monstrous 910Nm of torque, meaning a sub-five seconds 0-100km/h time, despite a kerb weight of 2818kg. The same drivetrain and all-electric SPA2 platform are shared with the recently-revealed Polestar 3 Performance. 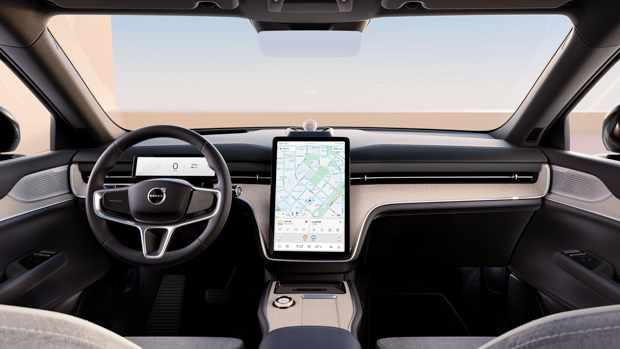 How much will the Volvo EX90 cost in Australia?

Such numbers would make the EX90 by far the priciest Volvo on our market, a title currently held by the $121,990 XC90 Recharge Ultimate PHEV. 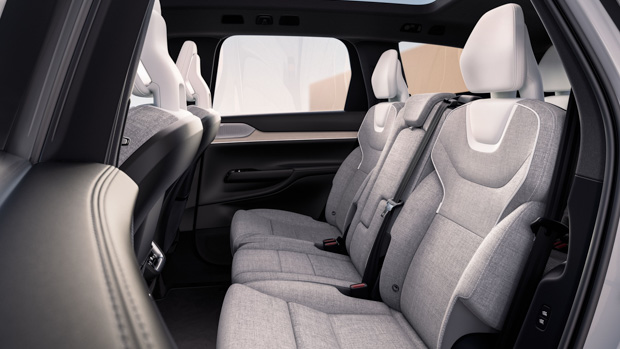 What features will the Volvo EX90 have?

With a stark absence of seven seat EVs on the Australian market – the Mercedes-Benz EQB is currently the only one on sale here – the EX90’s three-rows hold huge appeal.

Its dimensions make it possible. It’s marginally longer than the current XC90 at just over five metres, and wider too. With seven seats in place there’s still 310 litres of boot space; with the third row folded it grows to 665 litres. With both rows folded there’s a van-like 1915 litres. 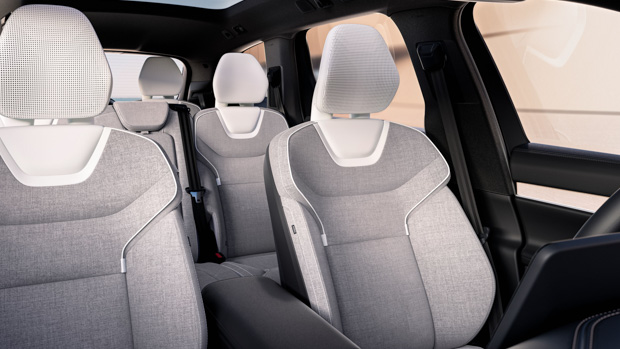 It’s fitted with all the necessary hardware to enable bi-directional charging, meaning the vehicle’s battery can be used as an extra energy supply to power your home or electrical devices.

Volvo says it plans to “make bi-directional charging available in the future, starting with selected markets.”

The centre screen is expectedly massive – 14.5-inches and with built-in Google and wireless Apple CarPlay and Android Auto – while the cabin oozes minimalist chic with barely a button to be found. 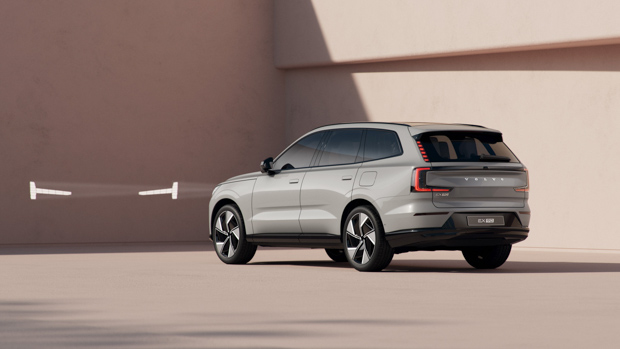 Volvo has kept safety a priority

What are the Volvo EX90’s safety kit highlights?

Volvo’s rightly regarded as a safety pioneer, and the EX90’s safety standard is “higher than any Volvo car before it.”

There’s an “invisible shield of safety” thanks to cameras, radars and lidar (light detection and ranging) connecting to the car’s NVIDA DRIVE core computers, which run Volvo’s software to create a “real-time, 360-degree view of the world.”

The lidar (mounted on the front of the roof) sees small objects hundreds of metres up the road – in day or night – giving the car time to inform, act and avoid if necessary.

Big Brother’s watching inside the cabin too. Sensors and cameras gauge eye concentration, and no doubt will – in a gentle, Scandinavian way, we hope – tell you off for being distracted, drowsy or inattentive.

If you fall asleep, the EX90 is designed to safely stop and call for help. We’re promised the car will accept over-the-air software updates and is hardware-ready for unsupervised driving, meaning potential autonomous driving in future.