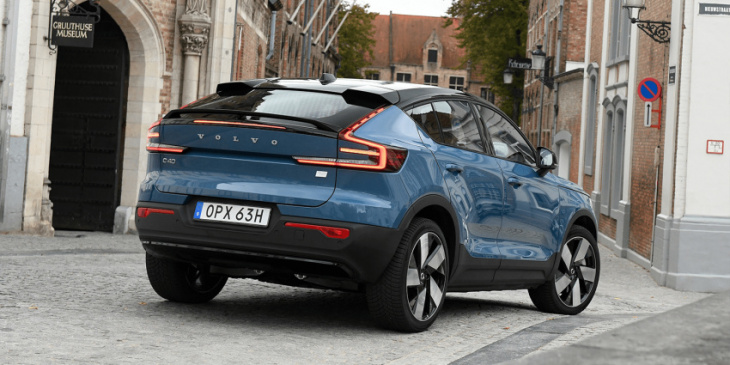 Volvo Cars has stopped selling mild hybrids in Denmark and now only offers electric cars and plug-in hybrids there. Denmark is the second country after Norway where Volvo Cars exclusively sells its BEV and PHEV models marketed under the Recharge label.

While Norway has long been the capital of EV registrations in Scandinavia, and to some extent Sweden, sales of electric cars in Denmark have also risen sharply recently. This is partly through new car sales, but also through young used cars from other countries. Chinese manufacturers BYD and Nio have also set their sights on Denmark.

In the statement, Volvo Cars Denmark explained the move with the high customer demand for BEV and PHEV models, and the growing charging infrastructure as well as the national focus on sustainability. The latter has also led to some tax benefits on the purchase of electrified cars.

As a battery-only electric car, Volvo currently offers the technically related XC40 and C40 models – the latter, as we know, is only available as a BEV. All other model series up to the ageing XC90 are offered by the Swedes as plug-in hybrids. The successor to the XC90 will be presented later this year – then as a pure electric car.

As part of its plan to focus on and exclusively manufacture and sell pure electric cars by 2030, the days of plug-in hybrids are also numbered. “It is very likely that Denmark will be one of the first markets to say goodbye to plug-in hybrid cars,” says Sarka Heyna Fuchsova, head of Volvo Car Denmark.