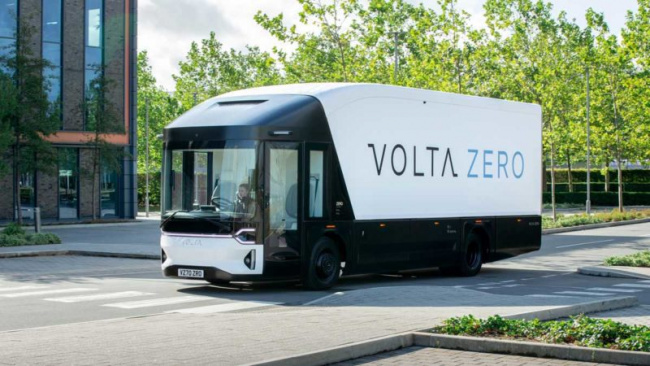 Volta Trucks – which currently boasts total pre-orders of 6,500 trucks to be delivered over the next few years and include a number of different truck variants – revealed this week that it had secured €85 million of anticipated revenue from confirmed orders for the first 300 manufacturing slots of its fully electric Volta Zero.

Series production is expected to get underway in the second quarter of this year.

“Volta Trucks has made important progress in the first few weeks of 2023, confirming more than 300 customer truck orders for the first vehicles off our production line in Austria,” said Essa Al-Saleh, CEO of Volta Trucks.

“This covers a meaningful portion of our 2023 production targets, before customers have pilot tested the vehicles. This is a major achievement and demonstrates the compelling features of the Volta Zero and the trust that our customers have in our ability to deliver.”

The first of a series of second-generation ‘Production Verification’ prototypes rolled off Volta’s production line at its manufacturing facility in Steyr, Austria, in September 2022.

Designed with an operating electric range of between 150 and 200 kilometres, the 16-tonne Volta Zero will use either a standard 150kWh or a higher capacity 225kWh battery pack.

Volta is also working on additional variants, including 7.5-, 12, and 18-tonne variants.