The plan to build a new factory to match Tesla's production efficiency may be delayed to ensure greater success. 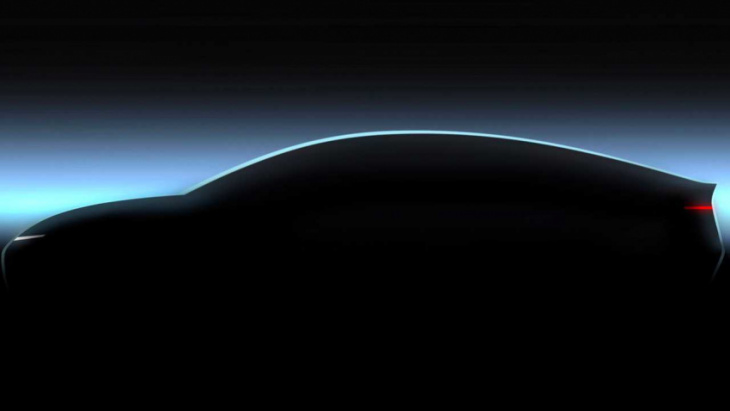 Volkswagen aims to build a new factory to produce its upcoming Project Trinity flagship sedan. The goal is to spend some $1.8 billion to begin construction in Wolfsburg in the spring of 2023 in order to launch the new factory by 2026, which would help the automaker produce EVs as efficiently as Tesla. Now, the project plans are reportedly under review.

Former Volkswagen Group CEO Herbert Diess pushed the company to pay attention to Tesla and Elon Musk. He put specific emphasis on how quickly and efficiently the US electric automaker can crank out EVs, and even had Musk speak to employees. VW was targeting a 10-hour production time for each Trinity EV, which would parallel Tesla’s targets at Giga Berlin and make it possible to build some 250,000 EVs per year.

VW is just one of several companies touting its ability to eventually surpass Tesla as the global leader when it comes to electric vehicles. The Project Trinity plan is a major piece of the puzzle that could potentially seal the deal for the European automaker. However, according to Autocar, the automaker has been dropping hints that plans for Project Trinity could change after a significant review.

The news originally came from the German publication Manager Magazin. It suggested that VW way not open the Project Trinity factory until 2030. Reportedly, the information also came as part of a joint statement from Volkswagen Group and brand CEOs Oliver Blume and Thomas Schäfer. The two shared, via a statement delivered to Autocar:

“We’re currently taking the opportunity to look at all projects and investments and their viability.”

“It’s still too early to make concrete statements on further planning. But one thing is clear: we aren’t leaving anyone out in the cold. On the contrary, we’re all agreed that our new roadmap will be more robust and resilient, with better products that embody the core of our brands in terms of design, quality and technology.”

The statement went on to add that the CEOs want to be leaders in Wolfsburg. In order to do so, they must successfully show that they can make the necessary changes for a transformation that benefits everyone involved.

Once Volkswagen has taken the full opportunity to figure out how it’s going to handle software and its future development plans, it will provide more information. Further details are expected in the weeks ahead. Meanwhile, CEO Blume will be working on tweaking the future roadmap while Schäfer focuses on solutions to the software situation.

After the two chiefs take care of their responsibilities, it will come time to figure out which vehicles will be built at various factories. Specific details about each upcoming EV will be shared, which should shed more light on what’s to become of Project Trinity.

SINGAPORE: Tesla Inc’s Model Y has been a smash-hit worldwide – on track to rank among the top five best-selling models this year and the only electric car to make the cut. More than 500,000 were snapped up in the first nine months, but depending on which country you ...

An internal review of a planned $200 million factory puts the brakes on the launch of the German automaker’s next-generation “premium” battery-electric vehicle.

The redesign isn’t just limited to the underpinnings, as reports suggest that the car will also feature changes to its exterior, interior & powertrain performance. According to a media report, Tesla is working on a redesigned Model 3. The updated Tesla Model 3 is said to be codenamed “Highland”. ...


View more: Tesla Model 3 to be redesigned to make it cost-effective