Even in prototype form, this homologated special is fit for a touring car championship. 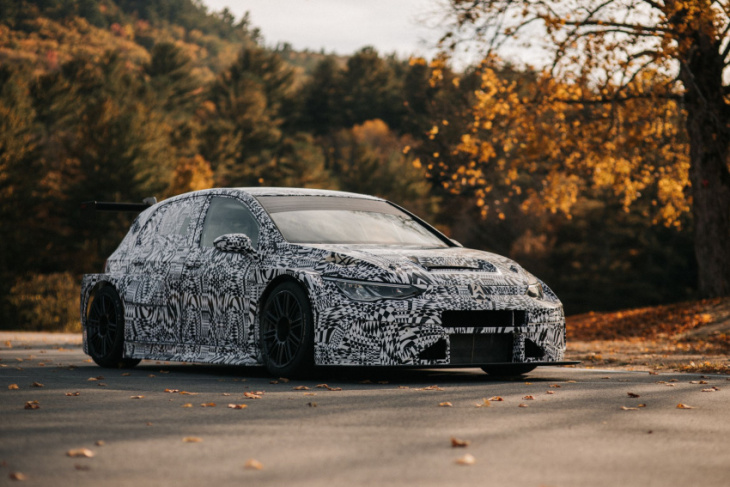 Volkswagen officially ceased all motorsports operations back in 2020, citing a company-wide shift in ideology. Committing to an aggressive focus on electric vehicles, fuel-burning race cars weren’t right for a brand trying to regain credibility as an environmentally caring company.

As the overarching parent company of Porsche and Audi, which both recently committed to joining Formula 1 in 2026, there were plenty of motorsports opportunities remaining. Even so, this left some Volkswagen Motorsports projects unfinished, though one such project has managed to see the light of day.

The folks at FCP Euro and Jamie Orr’s Orchid Euro are lifting the veil on Volkswagen’s abandoned MK8 Golf GTI TCR Touring Car prototype. With the original camouflage job and the requisite project car zip ties, the car was never fully finished, but Volkswagen’s Motorsports team got close enough for us to watch the prototype run in all its glory—anti-lag, gear whine, and flat-out grip included.

The chassis of the TCR car is fundamentally the same as its road-going sibling, based on the MQB platform that the previous MK7 generation of road and race cars were built on. That said, you’d be forgiven if you thought it was a totally different platform at first glance. 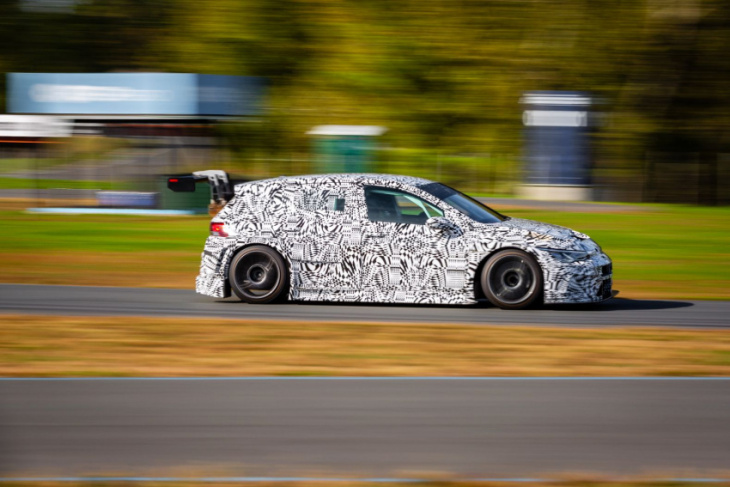 With a significant portion of the substructure chopped out of the engine bay, turbulence-calming fender flares, and a slew of homologated aerodynamics, the MK8 GTI TCR was set to shake up the touring car world. And in a nod to its founder, World Touring Car Championship boss Marcello Lotti, homologation of the TCR series goes well beyond the use of downforce.

Powered by a slightly modified version of the road-going Evo 4 EA888 2.0-liter turbocharged four-cylinder, the TCR version benefits from a slightly larger Golf R-derived turbocharger, an updated cooling system, and an anti-lag system. Besides these upgrades, the core of the engine remains stock, including the intake manifold, throttle bodies, and coil packs.

As a result of the homologation rules, TCR cars are capped at 345 hp, meaning the model only required a 100-hp bump from the factory. Thanks to the larger turbo and ECU tuning, the TCR car put down 310 lb-ft of torque fed to the front wheels through a SADEV 6-speed sequential gearbox. 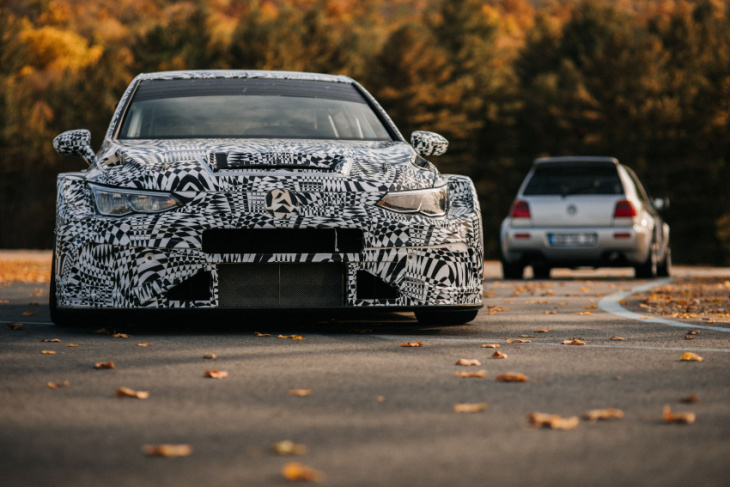 Lowering a car’s center of gravity is essential for improved handling and braking performance, and VW took this mission seriously. The air conditioning system and even the stock headlight brackets were removed, but the engineering team took it one step further by relocating the alternator and starter deeper into the engine bay.

This helps keep those necessary but heavy items as low as possible. Additionally, in acknowledging the future of sustainable racing, the TCR series requires every car to have a catalytic converter built into its exhaust system and VW’s MK8 TCR car was no different. 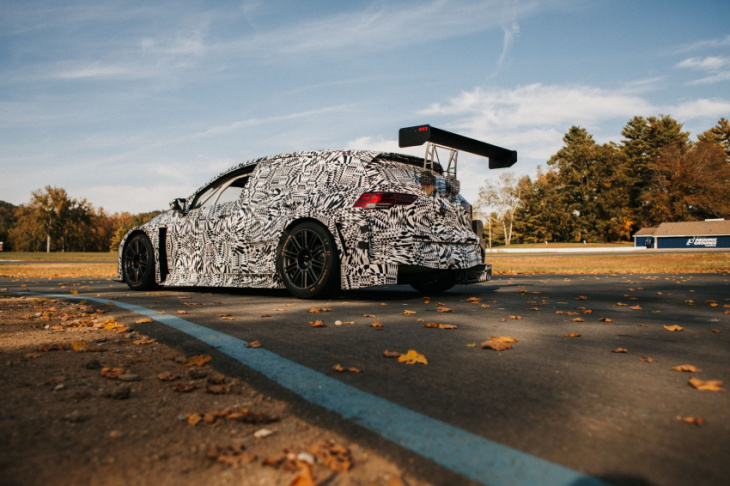 Get underneath the car and you’ll find a race-required fully adjustable suspension. Camber adjustment, toe adjustment, anti-dive, and even roll center adjustments are built into the web of suspension pieces, notably upgraded as compared to the previous generation car.

All the rubber suspension bushings have been replaced with spherical bearings, adding structural rigidity to the suspension. Slowing it all down is just as important, with braking hardware provided by Alcon fed through a series of cooling brake ducts. 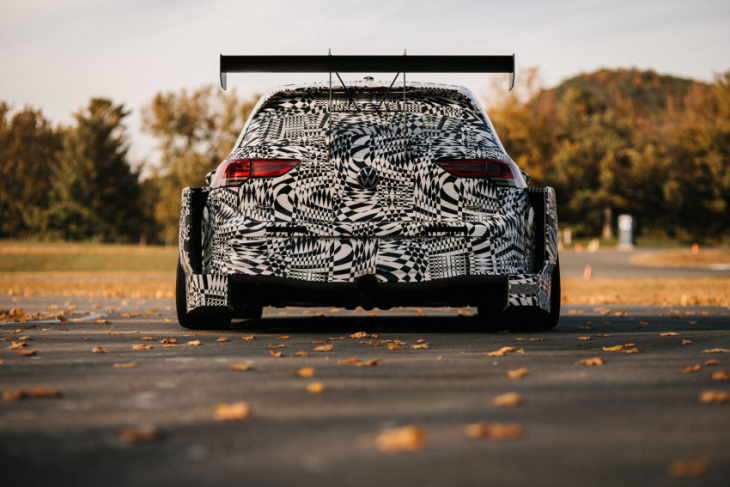 True to race car design, much of the brake plumbing and electrical wiring has actually been mounted inside the cabin. Two brake master cylinders, one for the front and one for the rear, as well as the clutch master cylinder are situated nearby with an on-the-fly brake bias adjuster located on the center console.

In an effort to centralize weight, the driver seat and steering column were pushed back toward the center of the car, making the driver’s position a bit unorthodox. Beyond a dash borrowed from a Seat Cupra and digital gauges, the interior is bare, except for the required roll cage and a single bucket seat. Just like it should be.

Altogether, this one-of-one prototype reminds us of the good days at VW Motorsports, from 24 hours of Nurburgring victories in a natural gas Scirocco GT24 toDakar Rally-winning Touaregs. While the company’s departure from motorsports ultimately makes sense financially, it’s a treat to see such a feat of engineering finally make it to the track.