In this Volkswagen Virtus vs Honda City 4th Gen comparison, we’ll look at the variant-wise prices, engine specs and dimensions to help you decide which car you should buy. 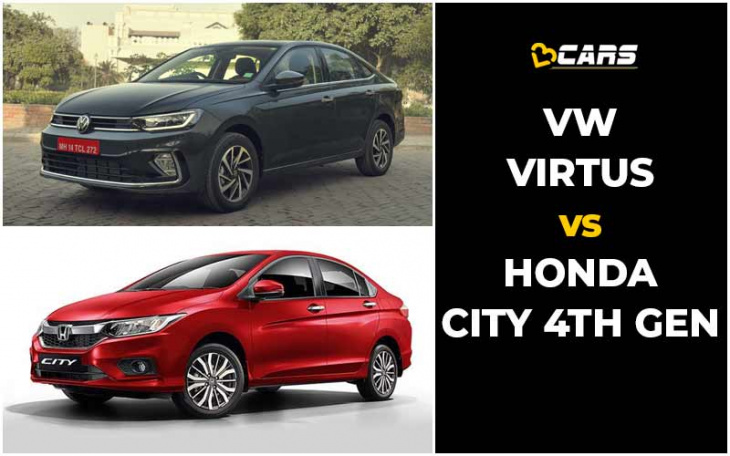 Let’s first look at the prices of both the cars for the petrol-manual powertrain.

With the petrol-manual powertrain, the Volkswagen Virtus’s prices start at Rs. 11.22 lakh and top out at Rs. 14.42 lakh. The Honda City 4th Gen’s petrol-manual range costs between Rs. 9.5 lakh and Rs. 10 lakh.

The Honda City 4th Gen is only available with a 1.5L normal petrol engine and a 5-speed manual transmission. This engine makes 119PS of power at 6600rpm and 145Nm of torque at 4600rpm.

Note: Check your Car EMI with our – Car EMI Calculator

You can use our Fuel Cost Calculator to see how any petrol, diesel or CNG car will cost to run based on the latest fuel price in your city.