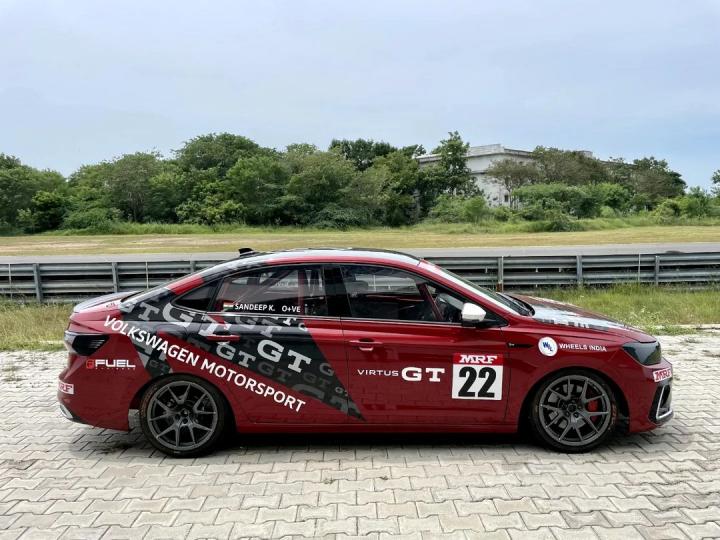 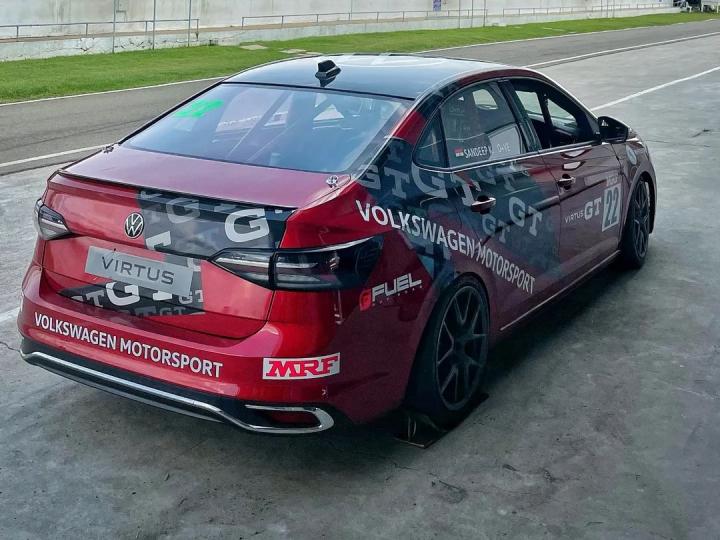 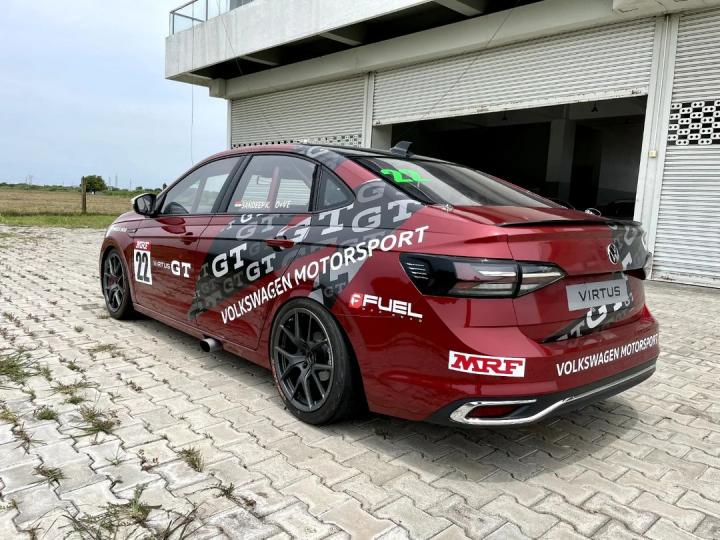 The Virtus GT race car will make its track debut on October 8, 2022.

The Vitrus GT race car features a strengthened chassis and a roll cage. It rides on lowered suspension and 17-inch alloy wheels. The interior of the car has been stripped out to save weight. It also gets a racing bucket seat.

Powering the Virtus GT race car is a 1.5-litre turbo-petrol engine that has been tuned to produce 213 BHP and 300 Nm. The engine is mated to a 6-speed sequential transmission, instead of the 7-speed dual-clutch automatic that comes with the stock Virtus GT.

The Virtus GT race car will make its track debut on October 8, 2022 and will compete in the upcoming ITC championship.