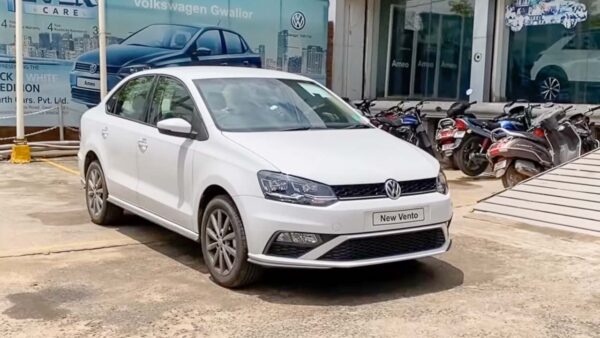 Volkswagen Vento has had a decent run in the sedan space of the Indian auto industry. An update has been long overdue. With India Project 2.0, Skoda and VW are now getting ready to launch new sedans. For Skoda, it will be the Slavia and for Volkswagen it will be the Virtus (expected name).

There is no mention of Comfortline, Highline, and Highline Plus trims. However, the Matt Edition of Vento is still available in Highline and Highline Plus variants. Hat tip to automotive enthusiast Akshay Ballal for sharing the update.

In all probability, the other variants might have been discontinued by VW permanently as it is evident that Vento is nearing the end of its lifecycle. The sedan has been on sale in the Indian market since 2011 without any generation upgrade yet. 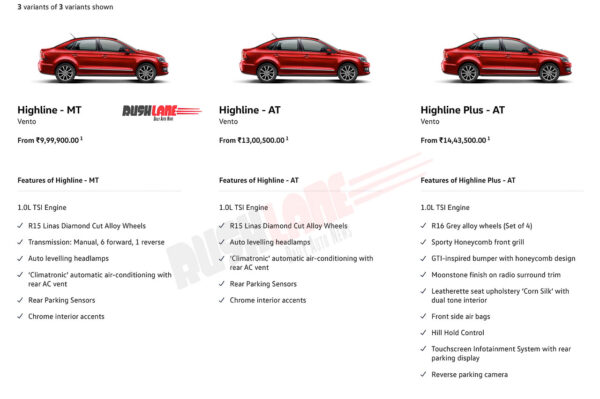 The sedan is offered with features such as a 6.5-inch touchscreen infotainment system with Apple CarPlay and Android Auto, a multi-function and flat-bottom steering wheel, automatic climate control, cruise control, tilt and telescopic adjustable steering, auto-dimming IRVM, full LED headlamps and fog lights. Safety features on offer include up to four airbags, ABS with only EBD, and rear parking sensors.

Vento is exclusively powered by a 1.0-litre, three-cylinder TSI turbo petrol engine that kicks out 109 bhp and 175 Nm of peak torque. This motor is paired with either a 6-speed manual or a 6-speed automatic gearbox. The same powertrain with both manual and automatic gearbox options will also be carried forward to the upcoming Virtus, albeit in a higher state of tune.

Earlier last year, Volkswagen confirmed that a new generation of Vento is not coming to India. Instead, Vento will be replaced by an all-new sedan which will be bigger than its predecessor. Expected to be named ‘Virtus’, this brand new sedan will be specifically developed for the Indian market and has been underpinned by the heavily localised MQB A0 IN architecture. 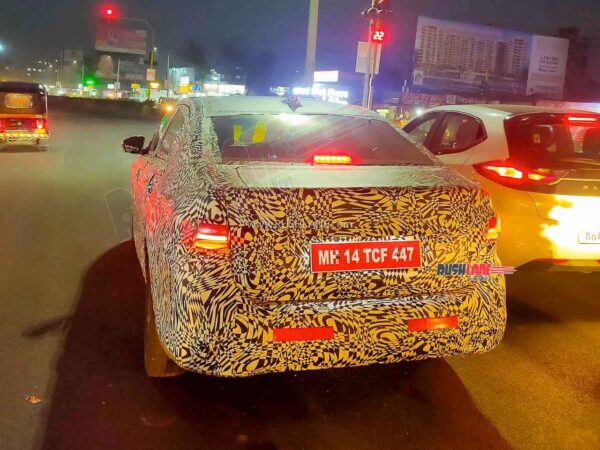 Test mules of the upcoming mid-size sedan have been spotted on numerous occasions in recent months. Virtus will share its underpinnings with its Czech cousin Skoda Slavia which already has broken covers in December 2021. The latter is expected to go on sale in India by Mach 2022 whereas its German counterpart could be launched around June this year.

Volkswagen had a fruitful 2021 with a total sales volume of 26,930 cars sold across the country last year. This resulted in a percentage growth of 72.65 percent in comparison to the previous year when the German marque was able to sell only 15,598 passenger vehicles. The company is hoping for the India-specific products to drive in more sales this year.