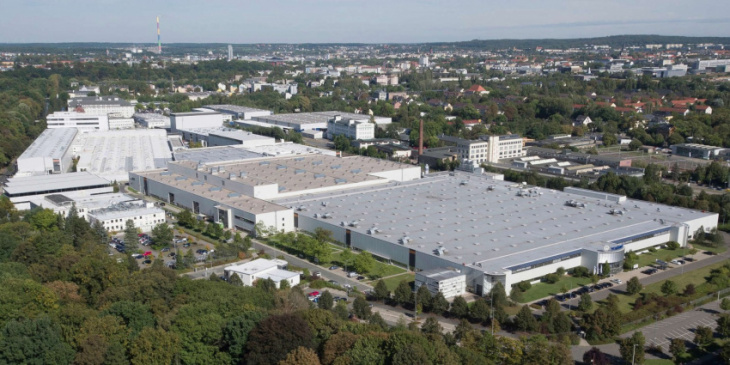 Volkswagen is planning to adjust production at the Chemnitz engine plant in future as part of the transformation to electric mobility. Up to now, only combustion engines have been produced at the plant. At a works meeting, the first eMobility component from Chemnitz was announced.

The news agency DPA has reported on the preparations for entry into eMobility production. According to the report, Chief Technology Officer Thomas Schmall is said to have said at the works meeting: “The first future product we want to bring to Chemnitz is thermal management.” He said this was a first step in transforming the site into “a key plant for e-mobility”.

There is reportedly already a timetable: According to Schmall, thermal management is to be built in Chemnitz “from the middle of the decade”. This is to be a new development by Volkswagen that is more efficient than the current system.

According to Schmall, VW also intends to continue investing in internal combustion engine production at the site. “The production of classic engines continues to be an important earnings driver for the group,” he said. “It finances the change towards e-mobility and is therefore of central importance for many years to come.”

DPA, on the other hand, points to the production figures: in 2019, 833,000 engines were still built in Zwickau, compared to 591,000 units last year. In addition, employees from Chemnitz would also have helped out at the Zwickau and Braunschweig sites. The two other VW Saxony sites, Zwickau and Dresden, have already been completely converted to the production of MEB vehicles.

VW also builds combustion engines in Salzgitter. In addition to the combustion engines, the group’s battery activities are also located there, such as recycling and the first of the European battery factories of the subsidiary PowerCo.