With ever more competent rivals in the mid-size crossover segment, our recent encounter with the Volkswagen T-Roc had us thinking about whether or not it has what it takes to be a success in this segment.

Volkswagen has released an updated version of its T-Roc compact crossover to the local market, meaning that the German brand’s compact crossover lineup, which includes the T-Cross, Taigo and T-Roc, is both up to date and covers the key pricing segments between R350 000 to R700 000. We received the entry-level 1.4 TSI Design specification model to review recently.

The exterior design of the T-Roc has always been one of its strong points and the changes made in the refreshed model only affirm this sentiment, with the T-Roc managing to blend the best design elements of the Volkswagen SUV and hatchback line-ups into a cohesive and attractive crossover shape. The major exterior changes include new IQ LED headlights, an illuminated LED light bar that runs across the front grille, updated front fog lamps and LED taillights with a new motif. There are also more colour options, with the option of a black, white or grey contrasting roof.

The interior is where this writer feels the pre-facelift T-Roc was lacking in ultimate quality and finish, particularly at this price point. However, Volkswagen has remedied things, with a better fit and finish, the addition of the digitised instrument cluster as standard and the latest MIB3 infotainment system that features Apple CarPlay and Android Auto functionality with wireless charging as an optional extra.

From a practical perspective, rear occupant space is not ideal, particularly for taller passengers, while on the plus side the boot boasts a very usable 445-litres of space.

Powering the test unit is the now rather aged 1.4-litre turbo petrol engine that produces 110kW and 250NM of torque. The engine is paired with an eight-speed automatic gearbox that is superior to the older seven-speed dual-clutch unit in low-speed driving scenarios, feeling less hesitant while also providing reasonable quick shifts. Performance is best described as adequate, with 100km/h coming up in 8.4 seconds, meaning that those wanting a bit more go to match the show will be better off in the 2.0-litre TSI model with 4Motion. In terms of ride quality and refinement, we found the T-Roc to be quite agreeable most of the time, with one noticeable issue coming from cabin intrusion in the form of road noise.

The T-Roc is certainly not designed with off-road driving in mind, however, there is a reasonable 161mm of ground clearance and the braked towing capacity is rated at 1 500kg, making it quite usable as a lifestyle vehicle.

In 2017, the T-Roc range was crash-tested by the Euro NCAP vehicle safety programme. It achieved a 5-Star rating, with a score of 96% for adult occupant safety, 87% for child occupant safety, 79% for pedestrian safety and 71% for its safety assistance systems.

Volkswagen claims that the T-Roc, in 1.4 TSI guise,  will consume petrol at a rate of 6.3 L/100km, however, our week with the vehicle resulted in a figure of 7.4 L/100km, which is certainly respectable for amid-size crossover.

A week with the updated T-Roc revealed that this is a solid if somewhat middle-of-the-road crossover from Volkswagen that manages to straddle the line between premium and mass market. However, with rivals such as the Audi Q2, Mazda CX-30 and the all-new Nissan Qashqai, among others, we recommend that you make arrangements to drive the many competent rivals in this segment before pulling the trigger. 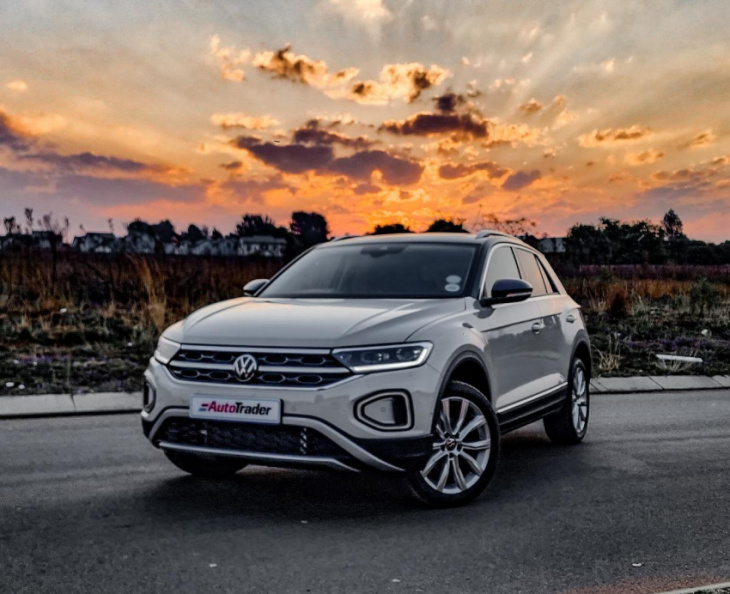