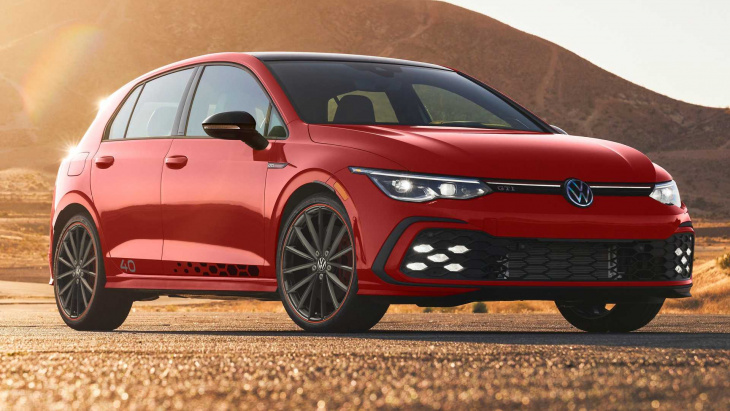 Company boss suggests it’ll be slightly smaller than the ID.3.

In 2021, Volkswagen issued a press release about its intentions of becoming a “software-driven mobility provider.” Marketing jargon aside, the announcement also included news about a ninth-generation Golf coming later this decade. Fast forward to August 2022, CEO Thomas Schäfer spoke with Die Welt about how rising development costs with combustion engines make the hatchback’s future uncertain. He added a decision would come in the next 12 months.

At the ongoing Los Angeles Auto Show, VW’s top brass sat down and had a chat with Autocar about the fate of the iconic compact model. To no one’s surprise, the Wolfsburg-based company is smart enough to keep the “Golf” name alive given the heritage behind it, having sold more than 35 million cars since the mid-1970s.

To that end, Schäfer said: “We would not let go of the Golf name, no way. We have iconic brand names, Golf and GTI. It would be crazy to let them die and slip away.”

One question arises: Where will it fit in VW’s crowded lineup? As it turns out, the ID.3 has never been a successor to the Golf. Schäfer described it as being “more a Golf Plus.” For those who are unfamiliar with the latter, it was a compact minivan sold between 2004 and 2014 with a taller roof compared to the regular hatch. Based on the PQ35 platform, the car was positioned below the Touran and was available during the fifth and sixth generations of the Golf.

Schäfer suggested the next-generation Golf will be smaller than the ID.3, meaning it’s going to be positioned above the ID.2 electric city car but below a next-generation ID.3. As to how it’ll be called, the VW CEO indicated it could be marketed as the ID. Golf. It’s an interesting decision as most of us thought the ID.3 would eventually supersede the Golf altogether once everything becomes electric.

Lest we forget VW recently announced a crossover version of the ID.3, so there will be quite a few models similar in size. Schäfer said it will look “dramatically different” than the hatch, which is getting a mid-cycle facelift in 2023 when a high-performance GTX derivative is slated to come out.

Keyword: Volkswagen Golf To Live On, Ninth Generation To Sit Below ID.3