The new Golf R 20 Years edition is the best Mk8 yet, but comes at a very high price 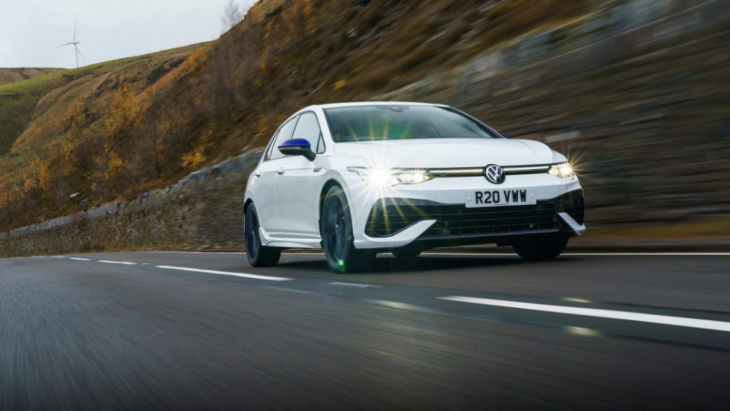 It’s 20 years since a Volkswagen Golf wearing an R badge went on sale. Not an R in the sense that we’ve come to know them, no: that first R32, unleashed in 2002, took as its basis the 2.8-litre Mk 4 Golf 4Motion, and the resultant 3.2-litre engined car, forever the most unique unique of all the R models, was something of a pocket exotic. The idea continued into the more sober and talented Mk5, although the R32 struggled to distance itself from the superb GTI of the time. That struggle continued with the Mk6, which also junked the expressive but sadly out-moded VR6 engine for a stronger version of the GTI’s four-cylinder turbo motor and was now simply known as the Golf R. It wasn’t until the arrival of the Mk7 R that the R really found its forte, and the rest, as they say, is history. Now, with the sun casting long shadows on the R’s lifetime as an ICE car, Volkswagen is celebrating the lineage with this, the R ‘20 Years’. Everybody loves a fast Golf special edition, don’t they: is this one worthy of the badge?

On initial acquaintance, it’s hard to not feel a pang of cynicism at the ‘20 Years’ recipe. Peak horsepower has only risen from 316bhp to 328bhp (torque is unchanged at 310lb ft), and the headlines are detail trim differences and equipment bundled in for the price. The ‘20 Years’ gets the R Performance Package as standard, with its larger rear wing, derestricted top speed (168mph) and additional driver modes (Special and Drift). The 19-inch ‘Estoril’ rims are standard rather than an option, painted black, and available with blue accents with certain exterior colours, and the mirrors are now either blue or black, too. Look out for the blue R logos, and a ‘20 Years’ logo on the B pillar. Inside, you get the fully electric nappa leather sports seats, and some genuine carbon fibre trim pieces on the dash and doors; open the door at night and ‘20 R’ will beam down into that puddle… 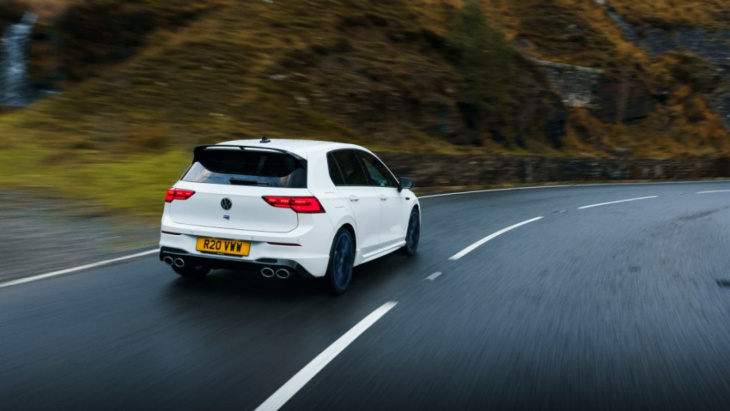 There is more to it than that, however. Probe a bit further and it turns out that not only does the engine muster a few more horses from the remap, but there are mechanical changes as well, namely to the throttle body and the turbocharger. The throttle flap now remains open even when you come off the throttle, while the turbo stays spinning at a constant speed – or is pre-loaded, in VW-speak – meaning that throttle response is improved, according to VW. There’s a 50% improvement in Race mode and above, while the Special setting gives the full effect. Teamed with this, the engineers have recalibrated the DSG box for more aggressive shifts, and the sound inside the cabin has been made more lively above 4,000rpm; from the outside, there are more pops and bangs from a lower rpm. Finally, and it must be said of dubious value, there’s now something called ‘Emotion Start’, whereby a pat of the head and rub of the stomach makes the car start with an unnecessary flare of revs and pops from the exhaust.

It’s good to know there’s more to the ‘20 years’ than it first appears, but initially on the road it’s the same old Mk8 Golf R we’ve come to respect, if not love. It’s an effortlessly easy sort of hot hatch with a blistering turn of speed, and an infotainment and instrumentation setup that drives me mad within minutes. Like most VWs thus equipped I’ve driven, this one too also developed software faults during our time with it: you would have thought VW might have been able to sort these issues out by now. 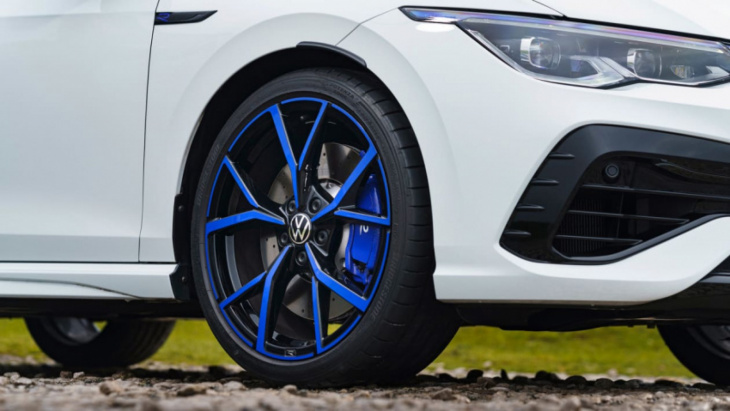 To really make a judgement on the power and engine’s response would require a back-to-back drive with a standard R, but the impression of the ‘20 Years’ is of an EA888 motor that punches hard from low down, but then also feels very energetic at the top of the rev range. The engine’s response to the throttle is sharp, too, and there’s a noticeable extra kick to the gearchanges as well. Combine this with the R’s supreme traction and powerful brakes, and you have a very quick way of getting from A to B. Incredibly, the DCC adaptive damping is still on the options list for the ‘20 Years’, but it’s a vital part of the car’s armoury, enabling a comfortable ride at one extreme and a track-focused setup at the other. You can certainly feel the torque vectoring on the rear axle doing its thing, even in Sport and Race modes, but select Drift and power oversteer is there for the taking, which can feel very lively.

All in, then, the R ‘20 Years’ is a very capable kind of super hatch, but still not one that really delivers that last 10 per cent of driver involvement or satisfaction. Compared with something like a Honda Civic Type R or the best of the Renaultsport Meganes that has always been the case, but the Mk8 lacks the sparkle and inherent rightness that made the Mk7 R such a favourite. 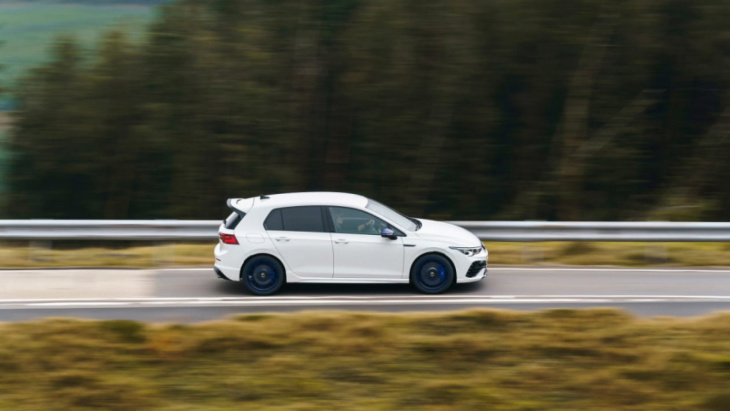 Still, while the ‘20 Years’ isn’t numbered, it is only going to be made for a year with a prediction of around 500 cars coming to the UK. It might not radically change our feelings about the 8R, but if you want one it’s surely the model to go for.