It was recently confirmed by Volkswagen Australia that the allocation for the locally converted Crafter Kampervan had already been exhausted.

At a recent event at Volkswagen Australia’s Regional Training Centre in Melbourne, it was confirmed that all 69 units that were initially put on offer were snapped up by keen buyers in just three days.

Despite this incredible demand, Volkswagen Australia isn’t expecting another allocation to be made available locally until some point between July and September of 2023 due to supply chain issues. 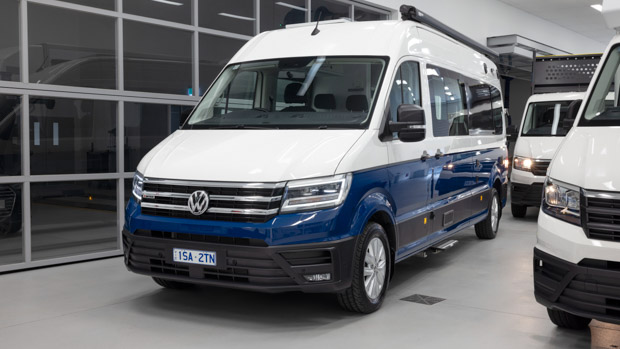 Earlier in the year, Volkswagen Australia confirmed that a conservative target of 120 Crafter Kampervans per year had been set. Given the popularity of this model in recent times, it wouldn’t be unexpected to see it moved to a larger-scale production.

The Crafter Kampervan sits at the pinnacle of Volkswagen’s factory-built campervan trio, with the Caddy California small van and T6.1 California Beach midsize van also available to buy in Australia.

Designed and (particularly) built in Australia

Instead, Volkswagen ships Crafters to Jayco’s facility in Dandenong, Victoria, where they are remanufactured into the Crafter Kampervan.

Volkswagen says the Kampervan models underwent extensive testing at Jayco’s dedicated facility in order to meet the needs of Australian buyers. Jayco remains the only manufacturer to offer a dedicated campervan with a factory-backed warranty. 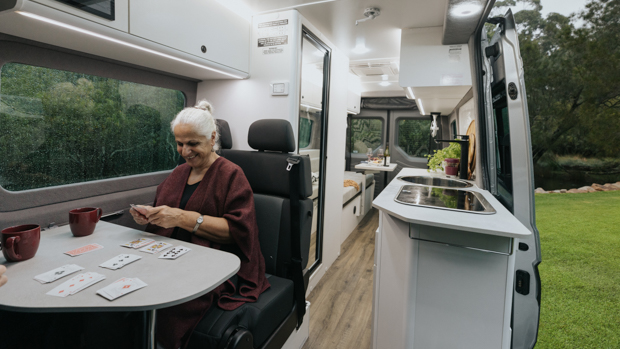 A kitchen, toilet and shower are also included in the Kampervan

What does the Crafter Kampervan include?

At 6.8-metres long, the Crafter Kampervan is nothing short of a proper recreational vehicle, which can seat four (with seatbelts) and can sleep up to three occupants.

It gets a separate bathroom with a toilet and a stand-up shower as well as a kitchen with a gas-powered stove, a fridge and a microwave oven.

In terms of amenities, the van offers diesel heating, air conditioning, a hot water heater, and both fresh water and waste water tanks. 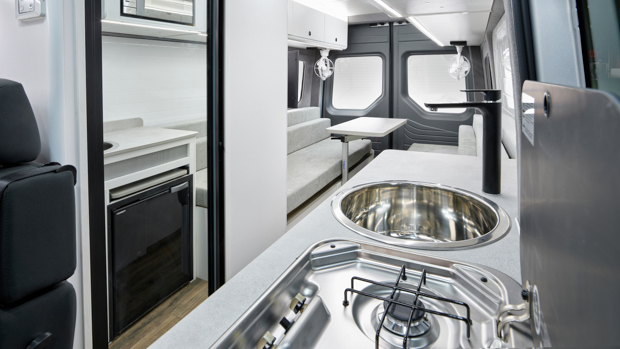 Pricing starts at $133,390 for the Volkswagen Crafter Kampervan

In Australia, the Crafter Kampervan is offered in Standard and Style trim. The changes between these two are mostly made up of improvements to driving comfort such as adaptive cruise control and a heated steering wheel.

The optional All Terrain package is where the Crafter Kampervan gets interesting as this adds a body lift, underbody protection, a rear locking differential and all-terrain tyres. A snorkel can also be optioned.

Laggy screens and hard-to-see controls are set to be fixed and replaced, CEO says. Volkswagen CEO Thomas Schafer has admitted the new multimedia technology, both software and hardware, in current models needs replacing. Speaking to Car Magazine at the Los Angeles Auto Show, Mr Schafer said there had been ...