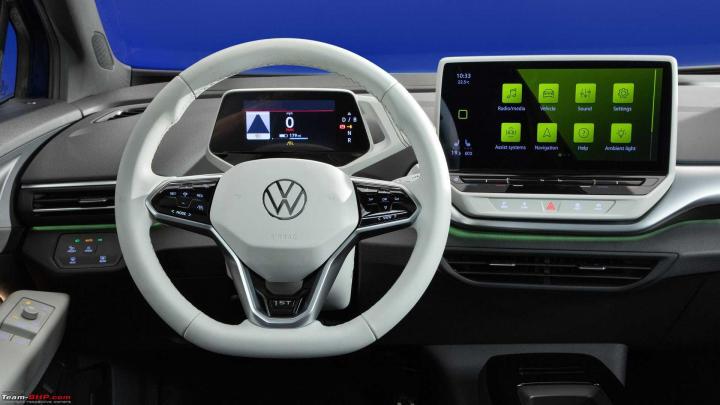 Schafer promised that the update would make the system faster, boast new features and have more frequent over-the-air updates.

Thomas Schafer, the new CEO of Volkswagen, has admitted that the infotainment systems and touch-capacitive switchgear on some of its new models are off the mark. He also confirmed that the company is working to fix the issues over the course of the next 18 months.

Schafer told media outlets that in a rush to create these vehicles to be quick off the mark, the team had to come up with different ideas. However, after receiving multiple complaints & feedback, they now know what to do in order to fix the issues quickly.

Volkswagen rolled out its latest touch-first digital infrastructure called MIB3 on the latest ID electric models as well as the new Golf. However, the system soon received numerous negative reviews. Users found it laggy, with important functions buried in menus. One of the main criticisms was that the capacitive sliders were not illuminated, which created visibility issues during the night.

The Volkswagen boss confirmed that the company will soon roll out a new 3.0 software update, while hardware changes will come in early 2024. Schafer promised that the update would make the system faster, boast new features and have more frequent over-the-air updates.

The CEO also conceded that over the years, Volkswagen vehicles have been inconsistent by constantly moving essential switchgear around. However, this time, the top 10 functions used by customers will be put on the first level in hard buttons, then the next 20 and so on.

Schafer also announced that going forward, touch-capacitive switches on the steering wheel will be replaced by physical buttons. These new steering wheels will debut next year on the upcoming Tiguan.

Keyword: Volkswagen CEO admits its Infotainment is bad, voes to fix it