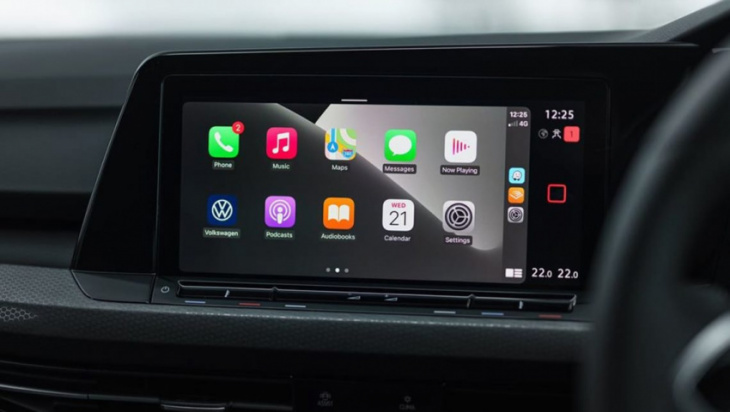 Laggy screens and hard-to-see controls are set to be fixed and replaced, CEO says.

Speaking to Car Magazine at the Los Angeles Auto Show, Mr Schafer said there had been some rushed mistakes in implementing new ideas for Volkswagen’s current multimedia system, called MIB3.

Major complaints, both from owners and media, has targeted slow and laggy software in Volkswagen’s system, making it hard to access functions within the touchscreen’s menu, as well as difficult to control functions like the sat-nav interface.

Additionally, physical elements like the touch-capacitive sliders underneath the screen which control media volume and climate have been called unintuitive and even, due to the lack of illumination, difficult to see.

“We know what we need to do,” Mr Schafer said in an interview with CAR.

“We’ve got feedback from customers, we’ve feedback from clinics and from journalists. They say, ‘You know this is not good. You’ve got to improve this’.”

The cars affected by the changes range from the Mk8 Golf currently available in Australia, to Volkswagen’s new I.D electric car range, which is yet to launch here.

“The new 3.0 software is coming now. It will not be the sliders and hardware, but the software will be a tremendous step up in the next few weeks. The hardware changes will come through from early 2024. [Revised] steering wheels are from next year, the new Tiguan will be the start,” he said.

Mr Schafer said he was aware of the specifics that need to be addressed, saying there are already plans in motion to fix the problems. He stipulated that it wouldn’t be an overnight turnaround with the hardware, given the scale of Volkswagen’s operations.

“One of the criticisms was the slider functions were not illuminated, so you didn’t know they were there at night time. That’s fixed now and it’s coming next year. They will be all illuminated,” he said.

“It’s not only the infotainment; you need know what’s content and what’s user experience. It’s how do you know the touch and feel and the sliders and stuff around it.

This commitment to update the company’s multimedia and controls comes shortly after Mr Schafer took to LinkedIn to announce that the company would bring back physical buttons on its steering wheels, after a backlash against the introduction of capacitive touch control introduced in more recent models.

The aftermarket part can be installed on both the Polo and Vento models. BHPian fluidicjoy recently shared this with other enthusiasts. Since I have already made a post about the Maxidot Cluster, I will link it here and add more information in this post along with a video that ...

Source: Ionity Volkswagen has announced that it plans to install up to 25,000 DC fast chargers across the world in 2023, but Australia is not being part of Volkswagen’s charger rollout. Volkswagen began to create a global fast-charging network years ago and this year will see an additional “25,000 ...

Bakkies coming to South Africa in 2023 Ford Ranger Raptor JAC T9 Hunter Renault Oroch VW Amarok South Africa’s many bakkie enthusiasts are in for a treat in 2023, as there are at least four manufacturers with plans to introduce a new model. Last year saw the debut of ...

Singapore – If you remember, we last spent some meaningful time in the Skoda Kodiaq 2.0 TSI vRS 4×4 on a long drive from Singapore to Kuantan with the whole Skoda Singapore crew. Back then, this shortie thought he drew the short straw with the Kodiaq RS – the ...

What does air cooled mean? What are the disadvantages of air cooling? When was the last air cooled car made? The water cooled engine won out So you’ve heard your friends who are fans of classic cars raving about vintage air cooled whatevers. But you already know that air ...


View more: What is an Air Cooled Engine?


View more: VW announces that they have 15,000 HPC stations around the globe