Vietnam’s electric vehicle maker VinFast said on Friday it had shipped its first batch of 999 cars to the United States, capping a five-year bid to develop an auto production hub in the Southeast Asian country for markets in North America and Europe.

The first cars are expected to be handed over to customers by the end of December, the company said.

VinFast Chief Executive Le Thi Thu Thuy said some of the VF 8 electric SUVs being shipped on Friday would be sent to U.S. car subscription service Autonomy but the majority would go to retail buyers who have ordered the car.

Thuy said VinFast expected to be able to ship a second batch of cars to the United States, its first export market, around January.

VinFast is in the process of building an electric vehicle plant in North Carolina that is awaiting final regulatory approval from local officials.

Thuy said the company expected to start production at the North Carolina factory from July 2024 and that electric vehicles built there would qualify for incentives under the terms of the Inflation Reduction Act signed by U.S. President Joe Biden.

The Inflation Reduction Act, as currently written, requires automakers to have 50% of critical minerals used in EV batteries come from North America or U.S. allies by 2024, rising to 80per cent by the end of 2026.

Major automakers have said those targets are unrealistic and it was not immediately clear how VinFast would meet the sourcing requirements.

“The IRA came as a surprise to all of us but it doesn’t really impact our strategy in the U.S.,” Thuy told Reuters. “As soon as we start manufacturing cars in the U.S., our customers will be eligible (for) the tax incentive.”

VinFast said last week that Autonomy had ordered 2,500 electric vehicles, its largest corporate order to date. VinFast has said it has almost 65,000 orders globally in total and expects to sell 750,000 EVs annually by 2026. 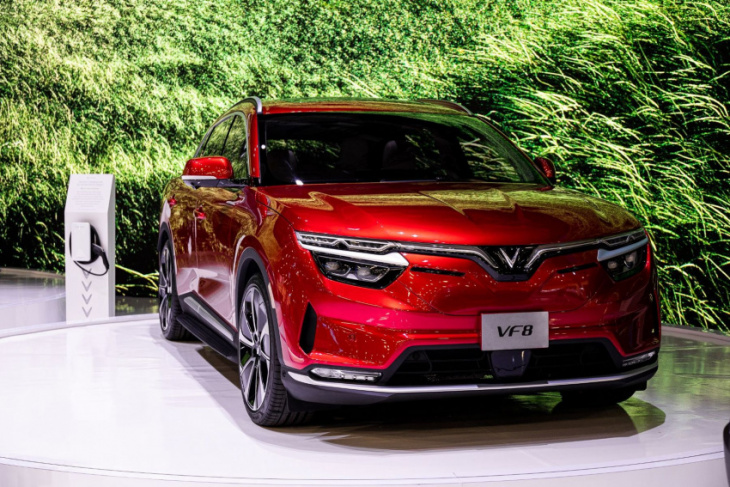 The North Carolina factory project is running months behind schedule, based on the company’s initial targets, and the first shipment of EVs built by VinFast was short of the initial goal to deliver as many as 5,000 cars built at its factory in Haiphong by December.

VinFast officials said the number 999 for the vehicles shipped in the first batch had been chosen because it is considered a lucky number in Vietnam.

“There is no luckier number than 999,” Thuy said. The Panamanian-chartered transport ship used to send the first shipment of VinFast EVs had the capacity to carry up to 2,000 vehicles, officials said.

Shares in VinFast‘s listed parent company, Vingroup, which also has property and resort development businesses, were up 5.41 per cent on Friday morning.

SK to introduce fast chargers with integrated battery diagnosis in 2023

Aiways to supply Phoenix with over 100,000 BEVs

Chinese electric car manufacturer Aiways becomes a strategic partner of Thai eMobility service provider Phoenix EV. The deal includes the order of at least 100,000 Aiways vehicles over the next five years and the establishment of a joint venture. The collaboration between the two companies will focus on the ...

In the Thai capital of Bangkok, 1,250 electric buses are currently set to replace old diesel buses. Within three years, the number of electric buses in the Bangkok metropolitan area is to be increased to 8,000. According to several news reports with reference to the Thai Ministry of Transport ...

What on earth is that?! What cars can we expect from Lancia? ► Lancia previews new design language► Art sculpture and new logo revealed► New Ypsilon, Delta and ‘new flagship’ confirmed Lancia’s not dead yet. In an event it calls the 2022 Design Day, Lancia has outlined its electric ...

The Spanish bus manufacturer Irizar has received its first order from Poland. The order is for four Irizar ‘ie bus’ electric buses in the 12-metre version, with an option for three more. The chargers for these will be supplied by Irizar subsidiary Jema Energy. This order will make Krakow ...

Continental continues to develop brake calipers for electric vehicles. The so-called ‘Green Caliper’, newly developed brake calipers for disc brakes, are significantly lighter than previous designs and have a lower residual drag torque. In two to three years, the system could make its way to use in production cars. ...

In Latvia, the capital Riga will be graced with 52 Solaris electric buses. Public transport operator Rigas Satiksme has initially awarded the contract to the Polish manufacturer for 35 electric buses, while the purchase of 17 additional electric buses is still to be decided. The new electric buses are ...

London to be fully covered by the ULEZ

VinFast Exports First Electric Cars From Vietnam To The US

Keliber to mine and refine lithium in Finland

Technology Focus – The Three Musketeers of Coatings for EV Batteries

VinFast exports first batch of EVs to US

EVR partners with EKA for commercial EVs in India

Will Parts Be Available as Needed for Electric Vehicle Repairs?