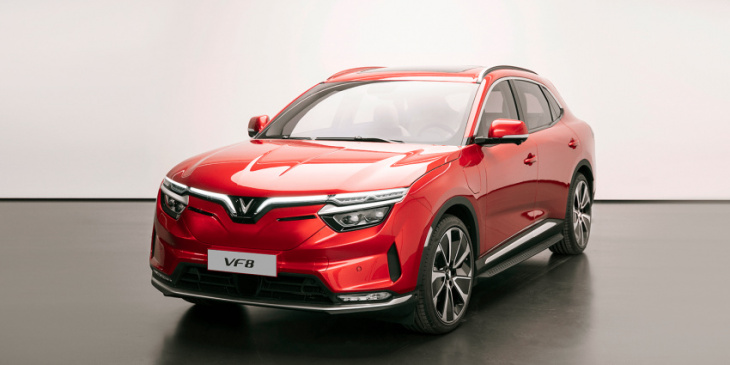 The Vietnamese electric car manufacturer VinFast has started deliveries of its SUV model VF 8. The first 100 units were handed over to customers in Vietnam. The first international customers are scheduled to receive their vehicles in December 2022.

The battery is not part of the vehicle price, but is rented for 120 euros per month. Since 1 September, however, VinFast has also offered the option of buying the battery, although this step was actually only announced for 2024. VinFast does not name the prices for the battery purchase in the current announcement.

“Today’s event marks a turning point for Vietnam’s auto industry,” said Le Thi Thu Thuy, vice-chairman of Vingroup and CEO of VinFas, at the event to mark the delivery of the first vehicles. “In this historic moment, we are extremely happy to deliver the first batch of VF 8 all-electric vehicles to our pioneering customers in Vietnam. And very soon, the enthusiasm will be realized by more than 65,000 pioneering customers world wide.”

VinFast has been preparing the international launch of their electric vehicles for some time, with showrooms in the USA being opened in July, as well as a product diversification to electric scooters being considered. To cater for European markets, VinFast announced the opening of stores in Germany, France and the Netherlands in June. VinFast writes that “after these initial deliveries in Vietnam, VinFast plans to export the next batch of approximately 5,000 VF 8s headed to the US, Canada, and Europe from November. The first international customers are expected to receive their vehicles as early as December 2022.”

Keyword: VinFast launches deliveries of the VF 8 in Vietnam

The VinFast VF 8 is positioned in the D-size SUV segment, with a 5-seat design and dimensions of 4,750mm x 1,934mm x 1,667 mm, respectively, in length, width, and height. There are two version of the VinFast VF 8 – Eco and Plus. The Plus features an electric motor ...