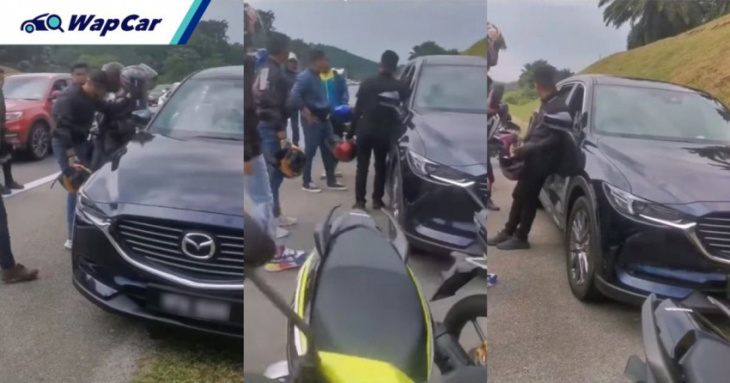 But first, why did the CX-8 stop on the emergency lane? According to a report by The Sun, the CX-8 driver was heading northbound from Kuala Lumpur to Ipoh on the North-South Highway when his pregnant wife started feeling nauseous. 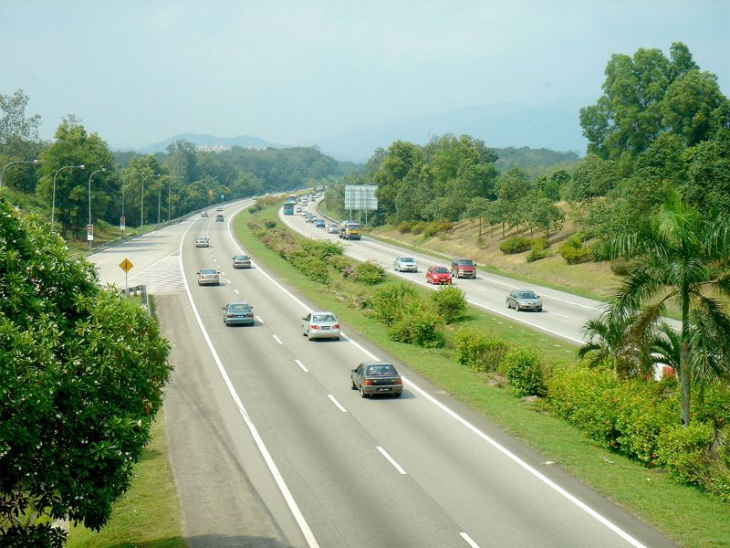 Enraged by the collision, the motorcyclists vented their anger on the CX-8 driver. Muallim police district chief Supt Mohd Hasni Mohd Nassir told The Sun that all three motorcyclists suffered from minor injuries.

While it might look like the CX-8 driver was at fault here, allow us to point out that everybody in the video is wrong because the law states that no one, not even motorcyclists, is allowed to drive/ ride or stop in the emergency lane. 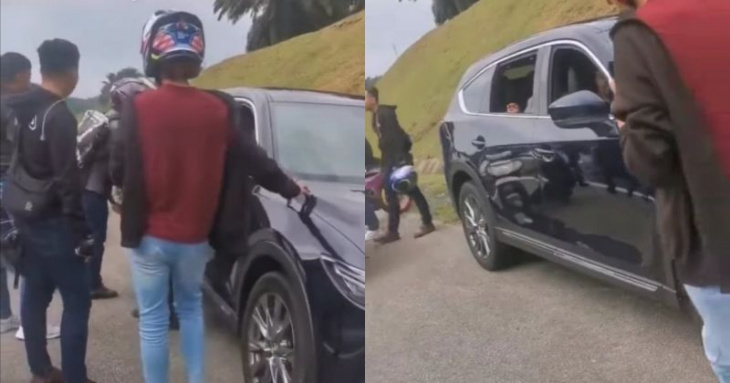 However, the law is not actively enforced for various reasons, one of them being that allowing motorcyclists to ride along the emergency lane would help ease the heavy traffic on the main lanes.

On that note, all parties involved in any incidents on the emergency lane can be fined up to RM 2,000 or face a jail sentence of up to six months, or both.

Keyword: Video: Who is at fault in Mazda CX-8 vs motorcyclist Plus Highway emergency lane debacle?