A slow-speed police chase is rare. Sure, we can all remember some notable examples like the famous O.J. Simpson chase, but this one may take the cake. Police in the small town of Hobbs, New Mexico, recently went on a slow-speed chase of a man driving a baggage tractor, stolen from an airport, who also claimed he was the president of the United States when he was caught. It turns out an airport baggage tractor doesn’t compete well against, well, any kind of regular vehicle in a bizarre police chase.

The video shows the slow-speed chase

KOB4: A Carlsbad man allegedly crashed a stolen pick-up through the gate of the Lea County Regional Airport and tried to steal an airplane. Then, he took off on a baggage tractor. https://t.co/GLWYCSusQZ

You can see police in the video from NBC affiliate KOB TV slowly following the man, lights blazing, as he tries to get away at about 15 miles per hour on the airport baggage tractor. For several minutes the driver, Sebastian Rios Sierra, waves his arms in air and taunts several officers as they chase him through town. Rios Sierra, according to news reports, crashed a pickup truck into the airport, tried to steal an airplane, and failing that instead stole the baggage tractor and led cops on the slow speed chase.

Eventually, his joy ride ended when police used stop sticks to slow down the tractor. Reportedly, the chase lasted just seven minutes before police had enough.

Hobbs, New Mexico, cops are no strangers to police chases

Hobbs is a quiet small town of about 40,000 people near the Texas border that is mainly known for its booming oil industry. You can only fly to Denver and Houston from the small Lea County Regional Airport in Hobbs. However, it is the headquarters of the Soaring Society of America, the sanctioning body of glider and sailplane competitions.

Though it’s a small airport, it does need baggage handlers and that means baggage tractors. However, police officers in this mostly agricultural community helped stop a suspect on the run from Texas in 2019, and have seen other chases over the years.

How fast does a baggage tractor go? 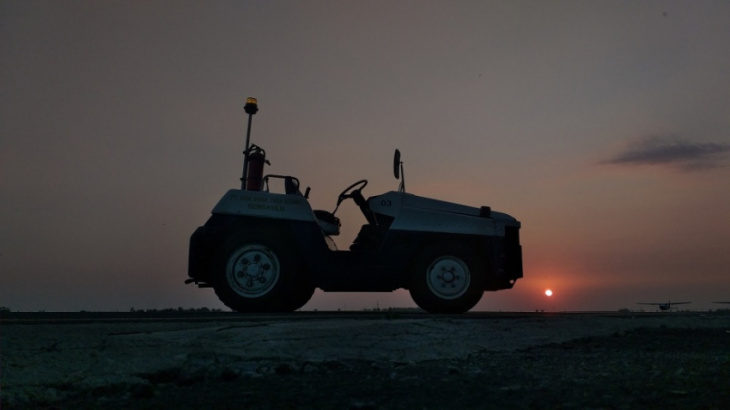 Reportedly, Rios Sierra stole a baggage tractor, and it clearly says TUG on the side of it. TUG manufactures several different types of baggage tractors. The TUG MA50, for example, has a top speed of about 11 miles per hour and runs on propane. Though it’s slow, it’s mighty, and can tow up to 5,000 pounds. The gas-powered version, the TUG MA-50, can tow up to 40,000 pounds and is designed more for towing airplanes than baggage.

An aircraft tug is not the same as a baggage tractor 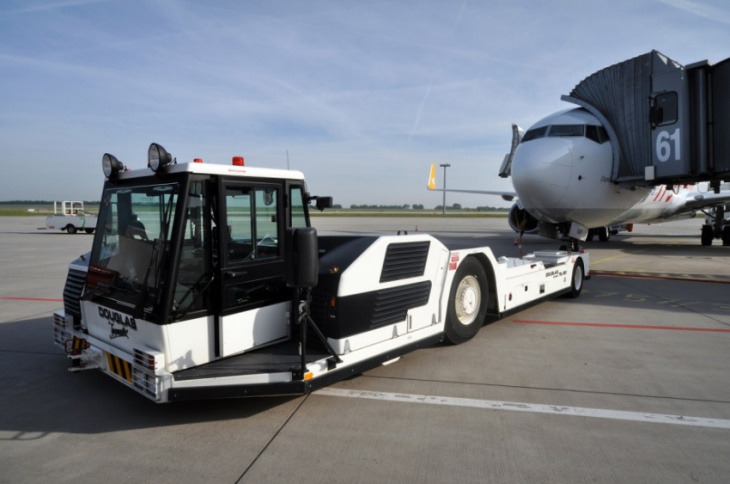 Maybe our assailant could have gotten away a bit quicker if he stole an aircraft tug, instead. The company Eagle Tugs makes aircraft tugs, which are the larger tractors that pull airplanes on the ground. The all-wheel drive Eagle TT-8 tug can tow up to 115,000 pounds with its small diesel engine. Though it can tow a fully-loaded plane, its maximum unloaded speed is just 11.6 miles per hour.