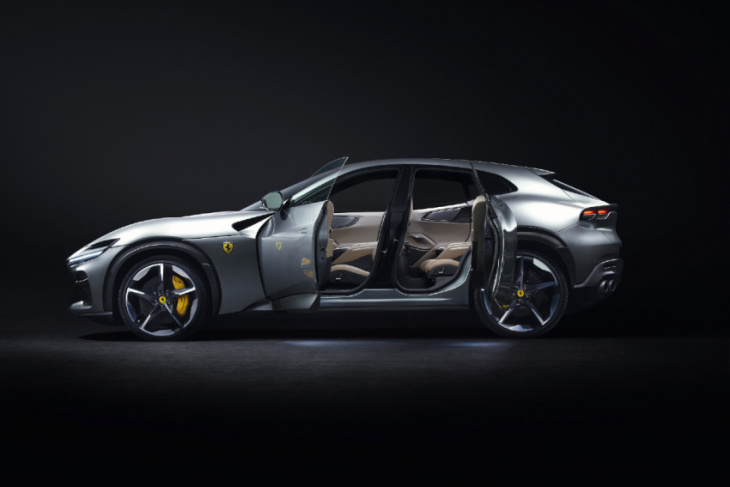 Ferrari’s long-awaited and highly-controversial Purosangue has arrived. This all-new model is both the brand’s first four-door, four-seat model but also its first SUV.

To try and keep die-hards happy Ferrari has squeezed a 6.5-litre V12 under the bonnet that makes 533kW of power and 716Nm of torque.

Watch the dramatic official reveal video of the new model below.

Michael Schumacher’s 2003 Ferrari F2003-GA is hitting the auction block with RM Sotheby’s next month. This incredible example of what was an almost entirely dominant machine is chassis 229, with no less than five grand prix victories to its name. Schumacher drove this very car to wins in Spain, Austria, ...


View more: You could own Michael Schumacher’s record‑breaking Ferrari