Video: Alleged police chase along Salak Highway ends on its side 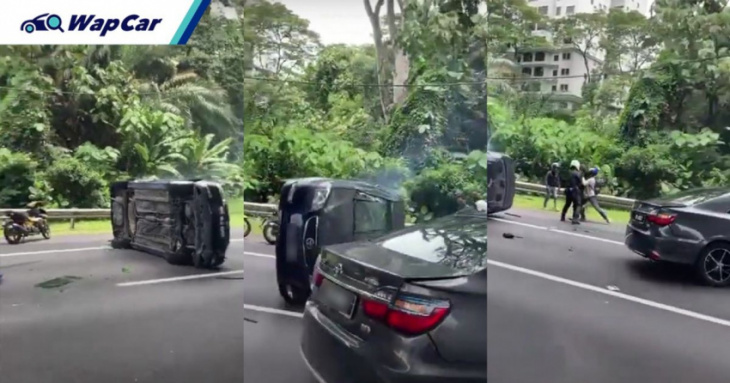 A video of a on its side is going viral on social media. The video uploader alleges that the Vios was trying to escape the police along Salak Highway near Midvalley.

From what we understand, the suspect was driving the Vios and escaping the police when it crashed into another car, flipped violently, and ended on its side.

The captions also allege that the suspect was crawling out of the car when the police who were in pursuit jumped on him. Meanwhile, a passing motorcyclist also joined the fray to give the police a helping hand.

At the time of writing, the Royal Malaysian Police (PDRM) has yet to issue a statement on the matter.

Keyword: Video: Alleged police chase along Salak Highway ends on its side