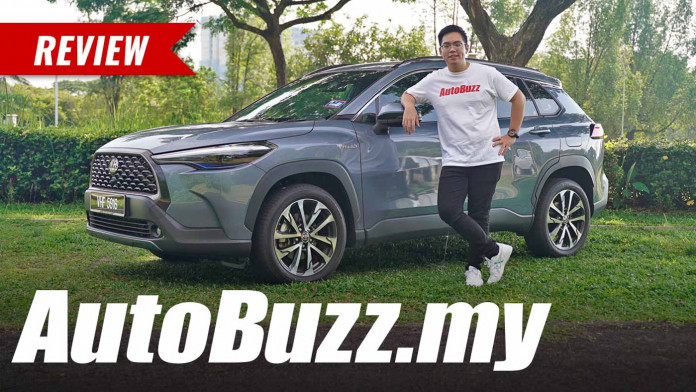 It’s undeniable that sports cars have sex appeal. But for the average Joe, owning (or daily driving) a sports car just doesn’t make sense, be it financially, or even logically. For most people, and as much as it pains me to say this, their sensible car choice is probably a family crossover/SUV these days. And for that case, the Toyota Corolla Cross 1.8 Hybrid starts to make a lot of sense.

The Toyota Corolla Cross Hybrid probably lands in the exact opposite of “excitement”. It has a forgettable pedestrian look, and its performance also doesn’t ruffle any feathers – with the 1.8-litre hybrid powertrain underneath the bonnet only making a combined 122 hp, with its drive sent to the front wheels only no less.

But where the Corolla Cross excels, is in how unufussy the car is to live with, everyday. The second-generation Toyota Hybrid System (THS II) here does all of the electrification bits by itself, which means the driver will not need to worry about switching drive modes, or even charging the car.

All you need to do is to get in the car and depress the accelerator pedal, and the car will sort the rest out itself. And when you’re low on fuel, just top it off with your regular RON95 petrol, and you’re as good as new again.

And thats before we even get to the Cross’ practicality. With 440 litres of cargo space before folding down the rear seats, the Corolla Cross has more than enough space for your regular familial duties, from weekend grocery runs to the occasional Ikea excursions, or even road trip holidays.

There’s quite a bit more than that to the Toyota Corolla Cross Hybrid, but we won’t spoil it for now. Make sure to watch the video above to find out if it’s the car for you. Spoiler: it probably is.

The AC cooling reduced and the car jerked on every upshift. BHPian t2k4 recently shared this with other enthusiasts. Got the DPF Full, visit dealer warning on my Fortuner 4×2 Diesel. The SUV has completed 7,700-odd KMs till date, has had the first service last month and got the ...


View more: DPF warning on my 2021 Fortuner & a below average service experience

The Aygo X is a city car, but that doesn't mean it's exempted from the grueling safety check.

The national automotive distributor Diversifying a niche The end of separate dealer networks No more “national” If you’re interested to get a new Proton car today, you can just walk into any of its dealers and place an order for any model that is officially listed. That sounds pretty ...


View more: EON and USPD - When Proton had separate dealer networks like Toyota in the 1990s

2023 Kia Seltos gets new look and more gear, but no hybrid in sight for Toyota Corolla Cross, Honda HR-V, and Nissan Qashqai rival