Verstappen returns to winning ways in Belgium while Ferrari lag behind 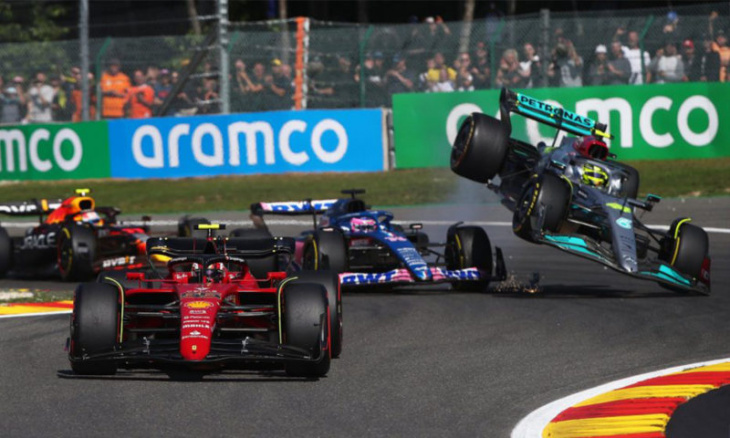 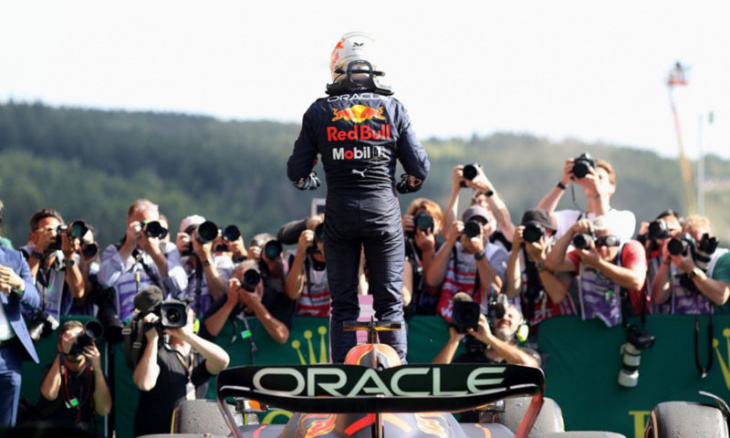 Despite new technical directives ratified during the summer break, Max Verstappen seemed unstoppable in the hills of the Stavelot after charging from fourteenth position to win the Belgium Grand Prix. 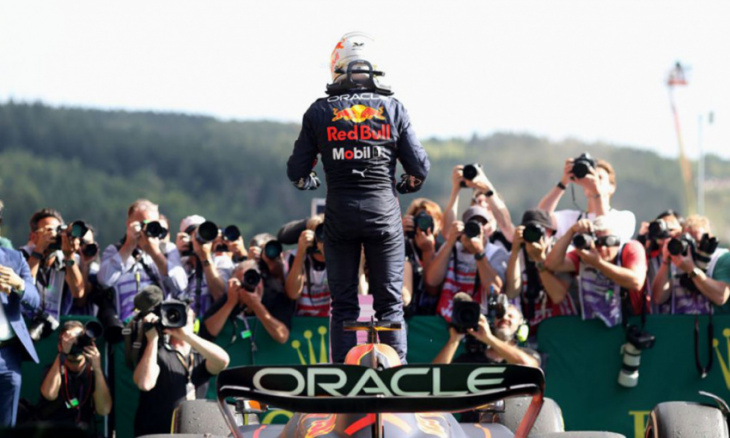 Aside from incidents early on in the race which saw the retirement of Lewis Hamilton and former teammate Valterri Bottas, the 44 lap Belgian Grand Prix was pedestrian with Max Verstappen and Charles Leclerc providing limited entertainment by storming to the front of the grid after taking penalties ahead of qualifying on Saturday.

Ferrari were off of the pace by some margin, with the RB18 showing its prowess and superiority at the hands of Verstappen consistently during the course of the weekend. Carlos Sainz who managed to clinch pole position after Verstappen was relegated to the back of the grid could only muster up the final podium spot behind the Red Bull Racing duo.

Charles Leclerc, who showed good pace throughout the weekend only crossed the line in fifth position in another forgettable weekend for the Scuderia after a penalty moved him a place further down. Starting behind Max on Sunday, the Monegasque driver suffered ill fortune with a brake duct cooling issue requiring an untimely pitstop in the opening part of the race. Once the issue had been rectified, the Ferrari front man found himself frustratingly behind several cars in what has become known as a DRS train and struggled to move further up the grid than fifth.

To make matters worse, Ferrari endeavoured to steal the fastest lap from Verstappen in the penultimate lap of the race but failed abysmally after Leclerc came out behind Alonso on the final lap and was handed a 5 second penalty for speeding in the pit-lane – an issue that has been accredited to a faulty sensor after the brake ducts overheated. Despite reclaiming fifth spot from the Spaniard in the last lap shootout, the post-race penalty saw Alonso finish ahead with a good double-points haul for Alpine.

Fortune was on the side of Alonso during the Sunday race after a harrowing opening lap incident with Hamilton resulted in the retirement of the seven-time World Champion. The Mercedes driver became airborne after pinching Alonso on the outside of Les Combes and mounting his wheel before being catapulted into the run-off area. 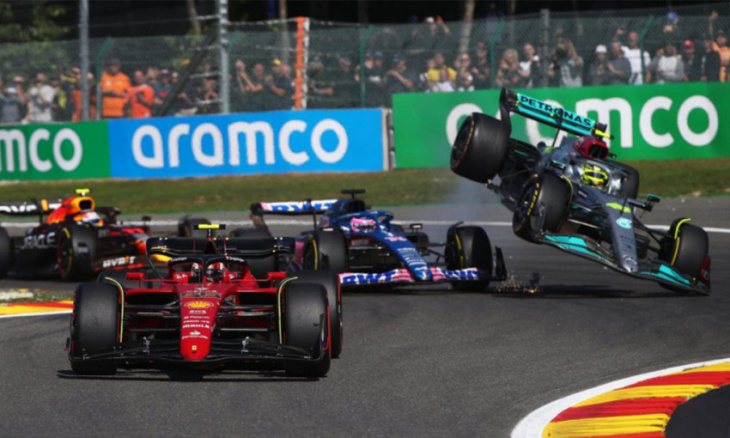 Teammate George Russell proved his consistency once again after a clean race earned him 12 points after claiming the fourth spot. Here are the full race standings.

This disconcerting Ferrari performance and misfortune are playing into the hands of Red Bull, who have now extended their lead in both Championships by a comfortable margin. More was expected from Mercedes after a more consistent performance in the latter part of the first half of the season but Red Bull seem to have eked out even more performance from their 2022 challenger and forged further ahead in the standings. At this point, it is still clearly advantage-Red Bull Racing with Ferrari requiring favourable fortune to pose a worthy duel in the final stages of this season.

Keyword: Verstappen returns to winning ways in Belgium while Ferrari lag behind

Despite crippling under market pressure as demand soars for SUVs, it’s good to see the Ferrari Purosangue is still a proper high-revving sports car at heart, capable of painting long strings of power-oversteer rubber onto the tarmac. A spy video recently captured a prototype version of the Purosangue SUV being ...

Unveiled at the Turin Salon in 1967, the 206 GT represented a step-change for the marque, which spent the decade specializing in front-engine V-12s built for crossing continents and dazzle the glitterati. In the Dino 206 GT, Ferrari manifested a true driver’s car, combining sublime handling and dynamics with a ...

Lynn, Bamber, Westbrook announced for 2023 Cadillac WEC campaign WEC returns to Portimao in 2023, calendar expands to 7 races Ferrari will present its new Le Mans Hypercar on Sunday 30th October at Imola, at the Ferrari Finali Mondiali event which will be held at the circuit from 25th-31st ...


View more: Ferrari to present LMH at Imola on 30th October, may be called F255

The Singapore Grand Prix was yet another race in the 2022 Formula 1 season where a Ferrari pole position failed to materialise into a victory come Sunday. Despite that, though, the weekend was a positive one overall for the F1-75 and, considering the trend of the 2022 season, the ...

MILAN — Ferrari said on Monday some internal documents had been posted online and the luxury sports carmaker was working to identify how this had happened. It will implement all the appropriate actions as needed, it said in an emailed statement. Ferrari added it had no evidence of a ...

MILAN: Ferrari said on Monday some internal documents had been posted online and the luxury sports carmaker was working to identify how this had happened. It will implement all the appropriate actions as needed, it said in an emailed statement. Ferrari added it had no evidence of a breach ...