Formula 1 2021 champion Max Verstappen is among the drivers who will be taking part in next week’s 24 Hours of Le Mans Virtual.

He’ll be joining one of Team Redline’s LMP entries alongside Felix Rosenqvist in the #123 car, which has won two of the previous four races in the Le Mans Virtual Series.

Juan Pablo Montoya and his son Sebastian are another two new entrants as they will be in the LMVS Guest Car alongside sim racers Luca D’Amelio and Christopher Högfeldt.

At least two drivers in each team’s four-driver roster have to be FIA-graded – with many big names having already competed in the earlier rounds.

They include 2021 IndyCar champion Alex Palou, who will still be racing for Team Fordzilla in the LMP class. 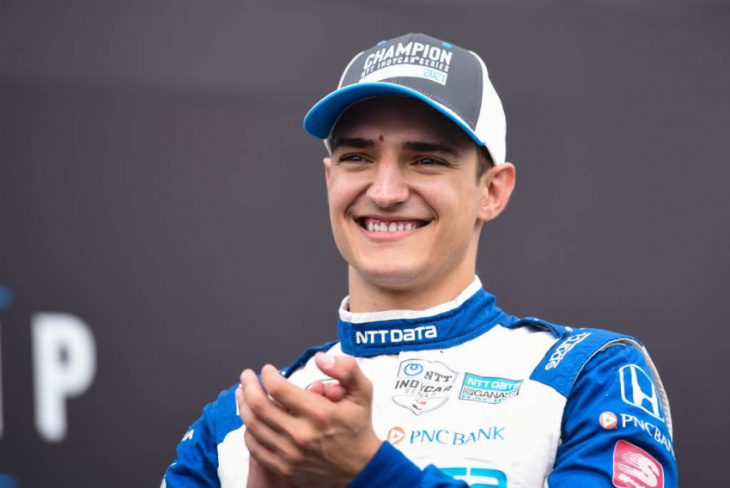 F2 regular Felipe Drugovich and new Mahindra Formula E signing Oliver Rowland are the two new real-world drivers racing for the Realteam Hydrogen Redline, which won the opening round of the series.

Alpine, Red Bull and Mercedes are all fielding their own esports teams for the 24 hour race with Fernando Alonso captaining the French team’s outfit but not driving for them.

W Series has also submitted a team for the final race in the championship, with an all female line-up competing in the GTE category, which includes series full-timers Ayla Agren and Fabienne Wohlwend.

The Le Mans Virtual Series has a $250,000 prize pool across the whole competition with half of that to be given according to the results of the upcoming 24 Hours of Le Mans Virtual – which has a full entry list available here.