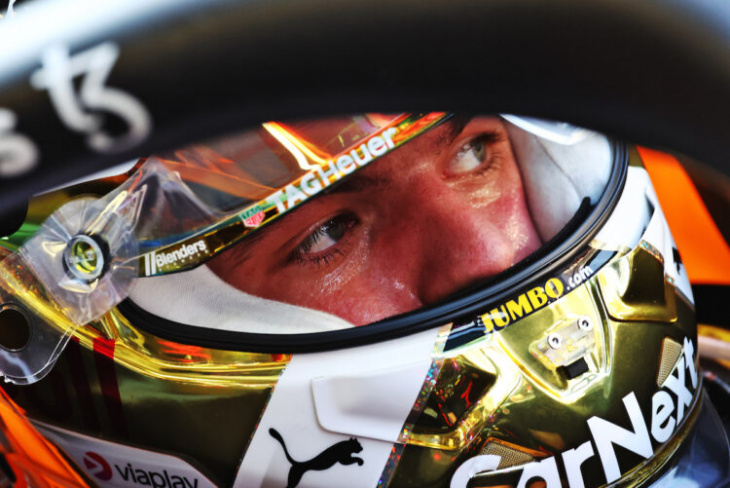 Max Verstappen says he is struggling to understand why Mercedes was unable to contend for pole position on Saturday at the Abu Dhabi Grand Prix.

Mercedes entered the final round of the race weekend in high spirits, having won the F1 Sprint and the main race in Sao Paulo last weekend with George Russell.

It marked the team’s first victory of the 2022 season, as it has struggled for form across much of the campaign.

Mercedes’ pace during Friday practice appeared to be strong, as it held the top two positions following FP1 – but in qualifying, Lewis Hamilton and Russell ended the session in fifth and sixth respectively, almost seven-tenths down on pole position.

Verstappen, who took his seventh pole of the year, admits that he is mystified by Mercedes’ pace drop-off.

“Maybe the layout [is to blame], but honestly it is a bit of a mystery but even for us, we [Red Bull] didn’t expect to be so slow in Brazil,” he said.

“So clearly we don’t always seem to understand where we are really good or just pretty average.

“But a little surprised, but I mean, who knows, maybe they focus more on the long run and sacrifice a little bit of one lap performance. You never know.”

“I think first of all, we always knew that we need to be prude and not set our expectations on the Brazil result,” he said.

“I think the circuit perfectly suited our car and everything ran very, very smoothly. In Abu Dhabi, in our ‘Table of Doom’, it was one of our worst tracks.

“Not catastrophic, like the high-speed tracks, but still not ideal. We’ve seen that today, we’re just way too draggy for a good qualifying time.

“We’re losing six-tenths on the straights. It’s just not easily solved by reducing the rear wing.

“In a way, it’s good that there is correlation between our simulation and our result, that’s the one positive I see.”