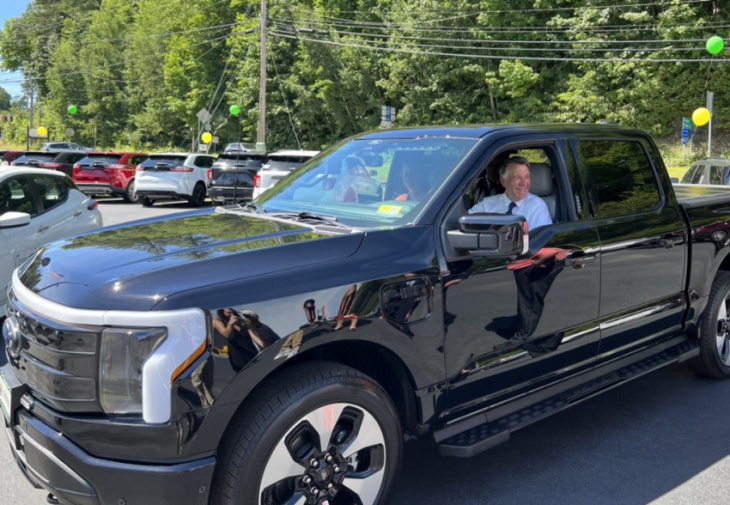 According to VTDigger, the State of Vermont has introduced a gas vehicle buyback program called “Replace Your Ride.” The program will give owners $3,000 to surrender their gas vehicle that is ten years old or older, with the intention of helping people purchase electric vehicles in the future.

Vermont has been a leader in EV adoption in recent years, and according to the State’s governor, they now lead the country in EV chargers per capita. And in continuing the public’s adoption of electric vehicles, Vermont has introduced numerous electric vehicle incentives.

Other than the “Replace Your Ride” program, Vermont has a state EV incentive of $4,000 if you make less than $50,000 annually or $2,500 if you make less than $100,000 annually. Furthermore, Vermont has been running a “high-efficiency vehicle” incentive for years now, known as “MilageSmart.” MilageSmart gives owners up to $5,000 to purchase a used hybrid or electric vehicle. On top of this, Vermonters can apply for an incentive from their Utility company, Green Mountain Power, which will give them up to $2,500 to purchase an electric vehicle.

With this large assortment of incentives, Vermont’s State Legislature claims that their State offers the “highest incentive targeted to lowest-income.”

While some question if the $3,000 will be enough incentive for drivers not just to try to sell their vehicle, the funds may be most helpful for those with particularly old cars. And because older vehicles generally pollute more than newer ones with tighter emissions requirements, it may still prove to be a helpful tool to get older cars off the road and into recycling.

2024 Ram 1500 Revolution Rendering Is A Look Into The Future

This Ram Revolution rendering is based on the numerous teasers shared so far and we say it’s pretty accurate.

It appears that Tesla has tapped one of its strongest talents to help Gigafactory Texas ramp its operations. As per recent reports, Elon Musk has reportedly tapped Tesla China’s top executive Tom Zhu to help run and optimize Gigafactory Texas. Zhu has a lot of experience under his belt, ...

Drive-in movies A picnic A treasure hunt ​Stuck for places to go with your other half? Left it too late to reserve anything but the drive-through at Maccas? Let us play wingman, and take care of the romance. Drive-in movies The movies are the obvious go-to date night spot, ...

Getting there What to Bring Driving the beach What to do The best things in life used to be free and so was South Ballina Beach. But unfortunately it’s closed to vehicle access now due to ongoing concerns about public safety and impacts to the environment and Aboriginal heritage ...

Our exclusive rendering based on official teaser images shows how the electric truck might look.

2021 Ducati Scrambler Nightshift: A Classic Gets a Stealthy Makeover

Ram teases “Revolution Electric” ute due to be unveiled in January