You can save around £10,000 on these stylish and practical SUVs by buying them at four years old, but which of our trio should you choose?... 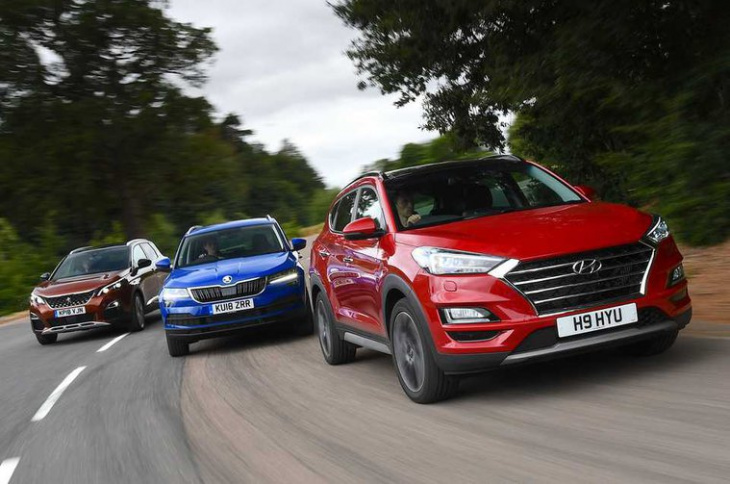 The well-equipped Tucson is the most powerful car here

Not just a stylish choice, the 3008 is also impressively economical

The Karoq is practical and sharp to drive, but how does it fare against strong competition?

*Price today is based on a 2018 model with average mileage and full service history, correct at time of writing

While we sometimes talk about the Skoda Karoq like it’s the best thing since sliced bread, it’s not the only excellent family SUV available. The used market provides even more options.

One such rival is the Hyundai Tucson. In 2018, the South Korean brand treated its bestselling car to a midlife facelift that included new LED headlights and tail-lights, updated front and rear bumpers, and a new grille design. The interior was given an overhaul as well. 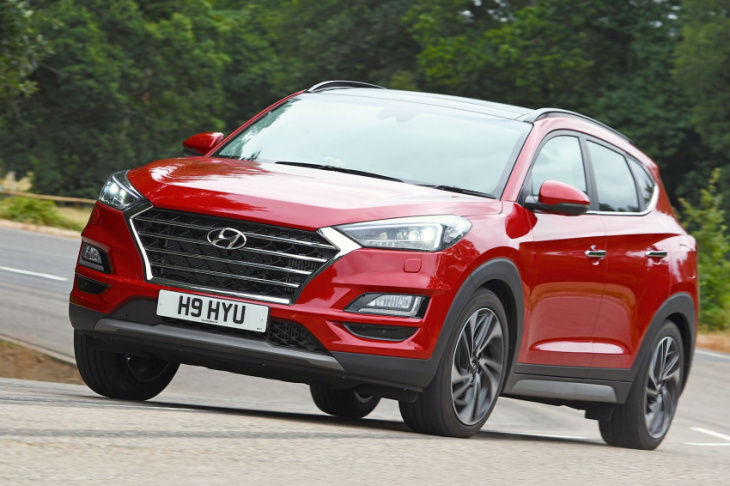 The Peugeot 3008 might perk up to challenge the Karoq too. It has a far more stylish exterior that gives it greater curtain-twitching appeal to impress your neighbours, plus a dramatic interior that wouldn’t look out of place in a nightclub. It even has ambient mood lighting to really set the scene.

So, when four-year-old versions of each car are pitched against each other, which used family SUV comes out on top? Read on to find out.

Family SUVs looking to project an upmarket image need a bit of grunt, so we’re testing the most powerful petrol versions available with a manual gearbox (there’s a more powerful petrol variant of the 3008, but it’s only available as an automatic). 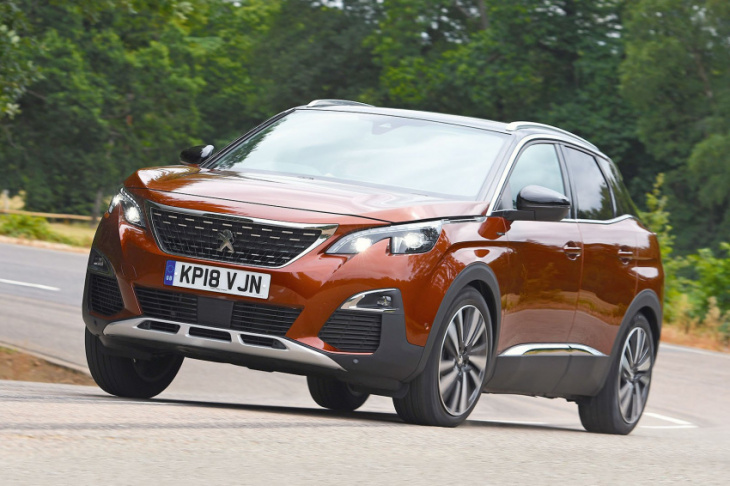 As you’d expect, the Tucson leaves the other two trailing in a sprint. After a brief delay while you wait for the turbocharger to start working, its engine pulls strongly from 1500rpm and revs cleanly to the redline. That said, the Karoq manages to hang on to the Tucson’s coat-tails up to 40mph and its engine feels barely any less muscular at low to medium revs. You need to rev the 3008’s engine much harder to make swift progress, although it’s never frustratingly slow.

What will annoy you about the 3008 is its vague gearbox and light, numb clutch pedal, which conspire to make the car difficult to drive smoothly around town. The Tucson is better in this respect, although its gearchange is a bit woolly, whereas the Karoq’s is tough to fault, and it’s by far the easiest car to drive at low speeds.

Indeed, a “not too hot, not too cold” Goldilocks theme applies to most facets of the Karoq’s driving experience. For example, while the Tucson has heavy but disappointingly vague steering and the 3008’s steering is accurate but too quick and light, the Karoq’s is right in the middle. When you turn its wheel, you’ll find that the steering is nicely weighted at all speeds, and you can add more heft for quicker driving by switching to Sport mode. 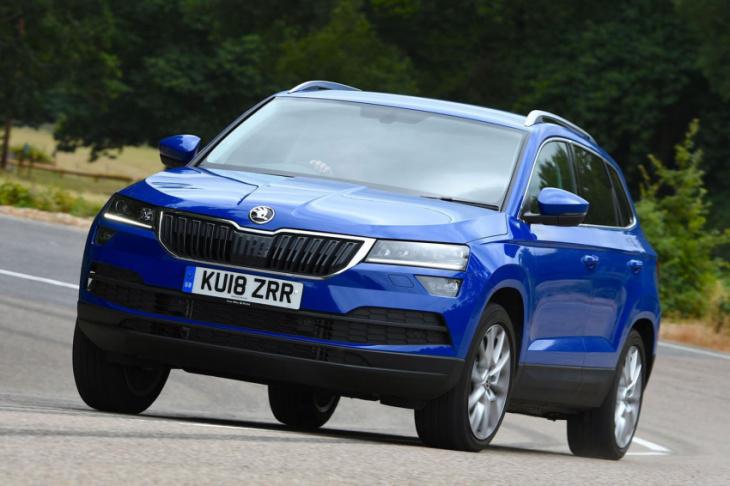 Along country roads, you can confidently place the Karoq where you want it. It sways the least and feels the most eager to change direction, too. The 3008 has plenty of grip but exhibits too much body roll, while the Tucson stays more upright but has the least grip and its steering wheel kicks back in your hands as you approach the car’s limits.

Our three SUVs are a closer match when it comes to refinement. The Tucson generates the most wind noise, the 3008 the most road noise and the Karoq the most engine noise. They registered similar decibel readings at both 30mph and 70mph in our tests. The Karoq wins for comfort, though, and copes with most types of bumps well. The 3008 isn’t far behind, although it tends to trip over potholes, while the Tucson is firm and unsettled along roads that are not perfectly smooth.

Electric cars are increasingly finding their way into films and series. The streaming giant Netflix has announced that it will increase the presence of electric vehicles in shows and films it produces itself. The first step is a cooperation with General Motors. VW is also placing its electric cars ...


View more: Movie heroes to save both the world and the environment

Mercedes will launch their F1 2023 car on February 15. The digital launch will be the first time that the W14 car will be shown off, the machinery that Lewis Hamilton and George Russell will drive this year. Hamilton and Russell will be hoping that the new car is without the ...


View more: 3 Reasons the 2023 Hyundai Kona Is the SUV to Buy According to MotorTrend