These practical and luxurious SUVs can now be bought used for around £20k, but which should you choose?... 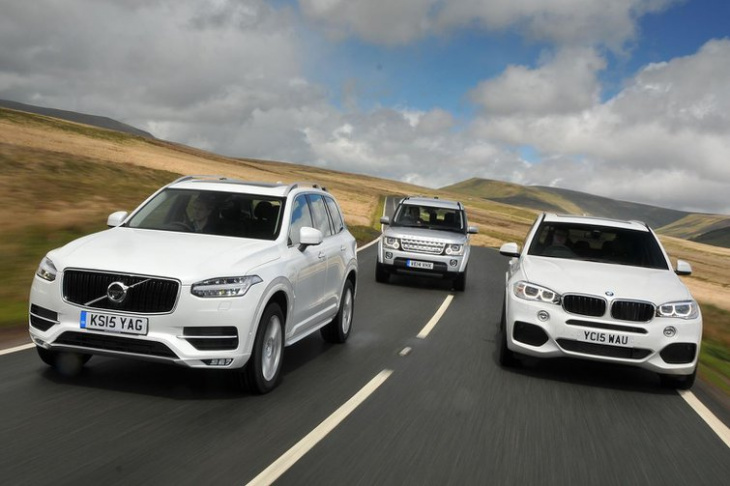 Four-cylinder diesel X5 is available in both five and seven-seat forms. We’re testing the latter.

*Price today is based on a 2015 model with average mileage and full service history according to the What Car? Valuation service, correct at time of writing

While we could yell ‘high driving position’, ‘premium quality’ and ‘extensive space’ in an attempt to hook you on luxury SUVs, like many, you’re probably already sold on the idea. As such, let’s get straight onto which model should you choose – and there are plenty. However, if you’re looking for a great deal, the used market serves some recommendable dishes.

The latest Volvo XC90 is large and graceful, plus seven seats came as standard from new. It’s also packed with equipment, both of the luxury and safety variety. Another classy SUV that’s long been a popular choice is the BMW X5, and though its original iteration had only five seats, the third-generation car benefits from two – optional from new – extra seats in the rear. 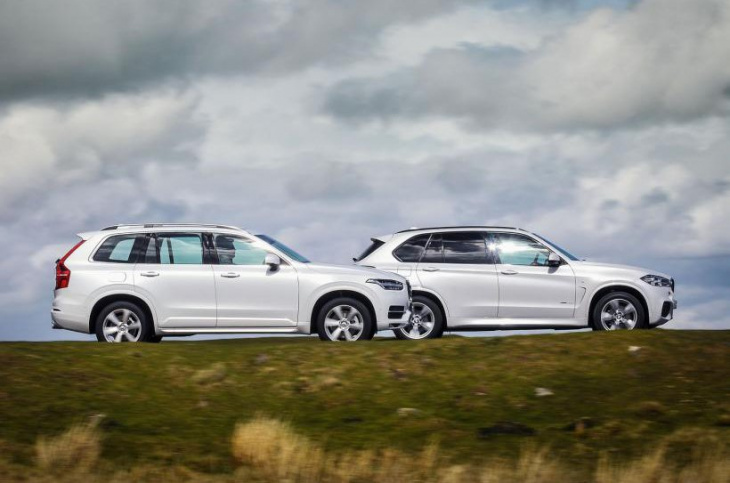 Mind you, neither of those has quite the same countryside cachet as the Land Rover Discovery. This go-anywhere vehicle also has a boxy shape that yields a hugely spacious interior with – you guessed it – seven seats.

So, if you have around £20,000 to spend on a seven-year-old example on one of these SUVs, which should it be? Read on to find out.

Not so long ago, all big SUVs were fairly cumbersome to drive. And sadly, none were more so than the Discovery; it weighs around half a tonne more than its rivals and doesn’t disguise that extra heft very well. 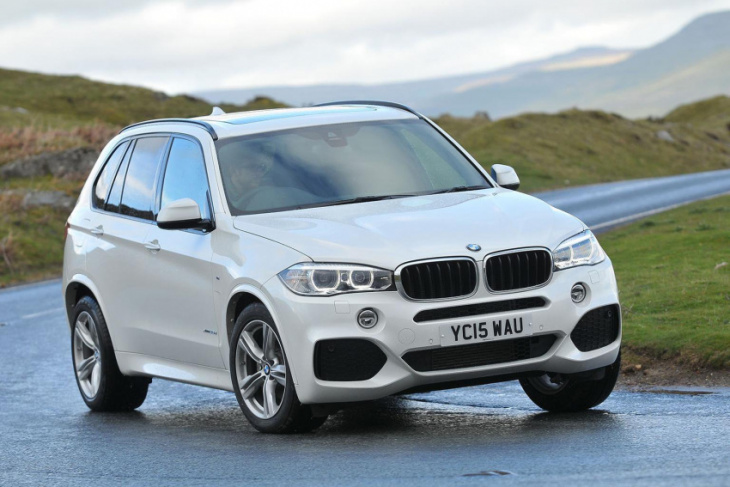 Around corners, the Discovery’s tall body leans over dramatically, making quick direction changes all but out of the question. This isn’t a car that feels at home on twisty country roads, then, and it’s even less well suited to town driving, where its slow, heavy steering and unwieldy nature make it tricky to manoeuvre. Venture off the beaten track, though, and the Discovery will get you places its two rivals could only dream of going.

The XC90 immediately feels lighter on its feet than its British rival. Its steering is faster, so less arm twirling is needed to get around tight corners, plus it’s much more precise and there’s far less body sway through faster turns.

Sadly, the XC90 doesn’t ride as smoothly as you might hope. It’s too easily flummoxed by potholes and patched-up road surfaces, and you don’t just feel bumps, you also hear them as clunks from the suspension. 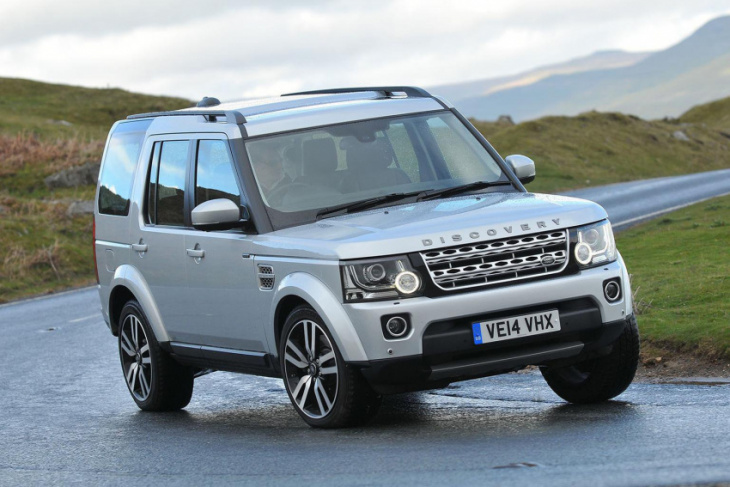 The Discovery’s softer setup irons out ripples and small bumps more effectively, helping it to lope along smoothly – especially on the motorway. Sharp-edged bumps and potholes cause the body to shudder a bit around town, but that’s preferable to the unsettled nature of the XC90.

As for the X5, that manages to combine the best of both worlds: tidy handling with a supple ride. Admittedly, our test car was equipped with adaptive suspension, which was an option when new and can be stiffened or softened it at the touch of a button. But in this spec, the X5 is the most comfortable of the three at all speed.

In fact, even if you can’t find an adaptive-equipped car, the X5 runs the Discovery close in this area, while remaining impressively sharp to drive. 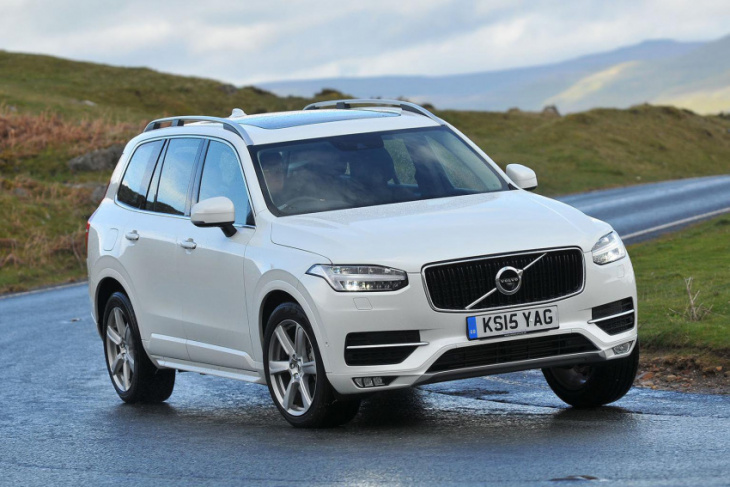 As for performance, this isn’t an issue in the Discovery, despite its considerable mass. Its muscular six-cylinder diesel engine wafts it up to speed snappily enough, and its automatic gearbox shifts smoothly most of the time.

True, the X5 and XC90 will get you up to speed faster, but we’re talking small margins that are only really noticeable against the clock.

What’s far more obvious is how much quieter the engines in the X5 and XC90 are, although of the two, it’s the XC90 that has the edge. This is largely because its gearbox keeps the revs low unless you need a burst of acceleration, whereas the X5’s ’box tends to hold onto gears for longer.


View more: Volvo is updating the drive systems of the XC40 and C40

A reckless driver that was filmed in December 2021 hanging out of the driver’s side window while steering his red Range Rover Evoque with his feet on Moloto Road in Pretoria has been caught and sentenced to a fine of R8,000 or eight months imprisonment. According to Arrive Alive, ...