These two used hot hatches couldn’t be more different in character. But should you favour the stealthy BMW M135i or the flamboyant Honda Civic Type R?... 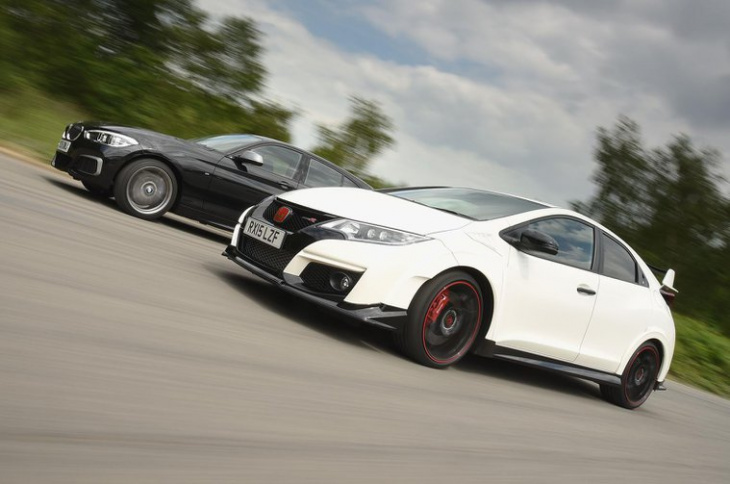 One of our favourite hot hatches, and not as expensive to buy used as you might think

Hooligan looks and serious pace, but is it a better used buy than the BMW?

*Price today is based on a 2015 model with average mileage and full service history, correct at time of writing

The BMW M135i and Honda Civic Type R are the yin and yang of hot hatches – and not just because they’re colours match the symbol. The two are opposites, with one much more subtle and refined in its sportiness, while the other is unashamedly bonkers. Can you guess which is which? 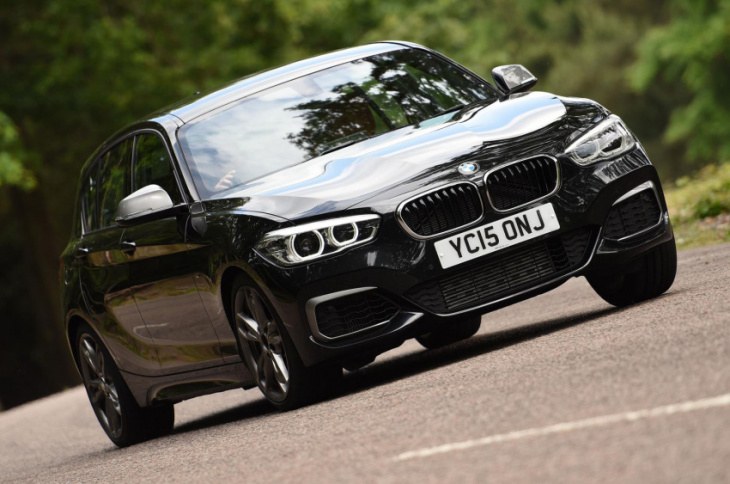 In fact, you don’t really need to guess, because just one look at the pair is enough. The M135i is far less shouty on the outside, despite having a pretty rambunctious engine (for the class) under the bonnet. We won’t give too much away just yet, but let’s just say it has six cylinders.

In contrast, the Type R is the more aggressive proposition. Its engine may have a mere four cylinders, but it’s no less spirited, and the car has a +R mode that tightens and sharpens the car up for use on the track.

There are but a few clear similarities between the M135i and Type R, though one of them is price. At seven years old, they’re available for similar money, and both offer savings of around half what they cost from new.

Start your engines, this is going to be a fun one. These two feel as different on the road as their mechanical contrasts suggest. The Civic is the more focused car, even without the +R mode – which brings heavier steering, a quicker throttle response and stiffer suspension – activated. The Honda turns in to corners aggressively, stays relatively flat as it does so and its steering gives a decent amount of feedback.

In fact, the Civic’s excellent steering makes it as easy to guide on a motorway as it is to aim with precision at the apex of a corner, although the inevitable shortcomings of such a powerful front-wheel-drive car do come to light when you accelerate really hard, because the steering wheel squirms around in your hands a little.

Does the Honda handle better than the BMW? Well, the M135i feels very relaxed in Comfort mode, which minimises the steering effort needed and makes the car easier to drive smoothly. However, select Sport or Sport+ and it comes to life. The rear end of this 2015 example feels more planted than earlier, pre-facelift M135is. The steering can still feel too light through fast corners, though, and it doesn’t provide quite as much feedback as the Honda’s.

However, the BMW’s rear-wheel drive layout makes it the more entertaining car to drive hard; it ’s light-footed and playful, yet seriously capable. By contrast, while the Civic is entertaining in a ferocious, scrappy way, steering aside, it’s less involving overall.

The M135i’s engine is a peach, too. There are no obvious surges in acceleration as the turbocharger starts to do its work, and the BMW is the much quicker car in a straight line. It’ll hit 60mph from a standstill almost a second faster and will sprint from 30-70mph in just 4.5 seconds, whereas the Honda takes 5.3 seconds. Still, the Honda’s engine has its merits. There’s a frantic sense to the way it revs, and the F1-style shift lights start to illuminate as you approach the 7000rpm limiter. Blink and it’ll be time for the next gearshift, which is more satisfying and shorter in its throw than the BMW’s. 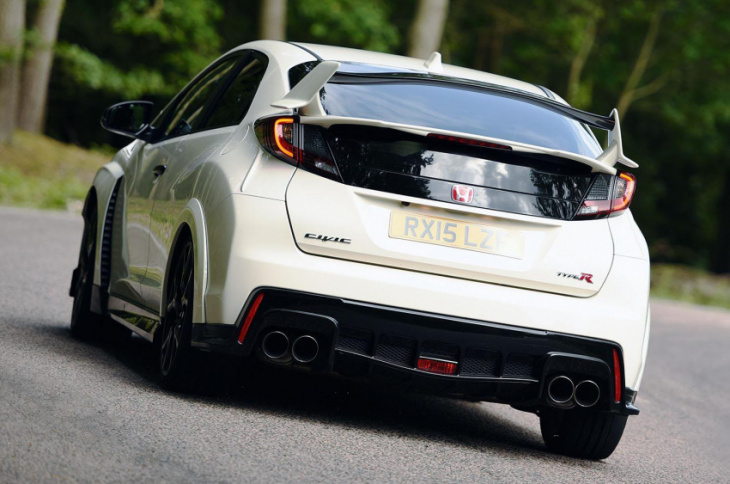 The cars’ differing characters continue when it comes to ride comfort. Our test BMW came with adaptive suspension – an optional extra not fitted to all cars but worth having if you can find it. In fact, the variation between its suspension settings is subtle, and even in the firmest mode it delivers a remarkably supple ride.

That’s not to say the Civic is as hardcore as its appearance would suggest. Its suspension soften bumps effectively and broken surfaces don’t have the Honda fidgeting too much. It feels firm over sharp-edged potholes, but anyone in the market for a hard-nosed hot hatch is unlikely to complain.

So, the BMW is faster, more fun when driven vigorously, and easier to live with the rest of the time. It’s also more refined. The Civic’s theatrical engine rasp, and the pronounced hiss as you lift off the throttle, are great fun, but at a steady 70mph the engine quickly becomes tiring. By contrast, the BMW emits an encouraging, bassy warble when you want it to, but just a distant hum on the motorway, and there’s significantly less road noise, too.

As part of their 32nd anniversary in the country, Honda Cars Philippines (HCPI) is offering cash discounts, low all-in down payments, low monthly amortization, flexible financing options, and other special offers until the end of October. HCPI’s best-selling model, the City may be had with a P 35,000 cash ...

The new maxi-scooter features a variety of styling and tech updates.

The horn could fall off and impair steering.