Buy either of these desirable family cars at three years old and you'll save more than £10,000, but which is the better option?... 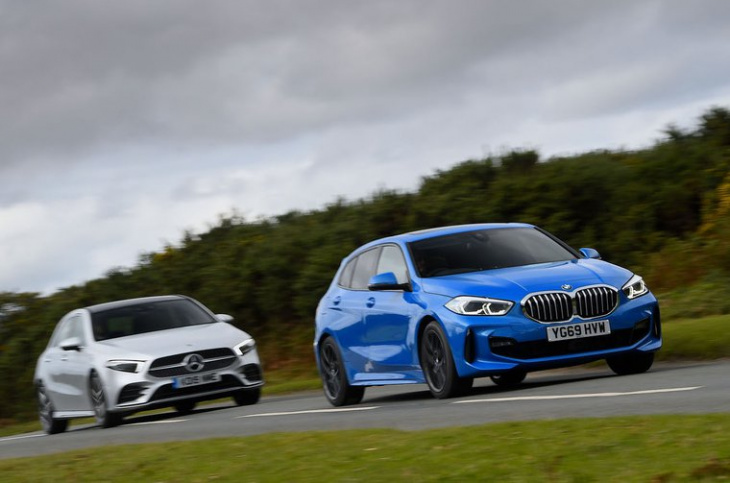 This 1 Series is more practical than previous generations, but is it still great to drive?

The A-Class is about as chic as family cars come, and used prices are very tempting

There have been many great double acts over the years. Laurel and Hardy, French and Saunders, and Ant and Dec, for example. And BMW and rear-wheel drive have proved a remarkable duo too, so when the BMW 1 Series ditched it to become front or all-wheel drive, it was controversial to say the least.

The switch was made for the third-generation car to create a more spacious interior and provide better fuel efficiency. Fans of its predecessors were concerned that the family car had lost its sporty driving experience – a trademark of the model. 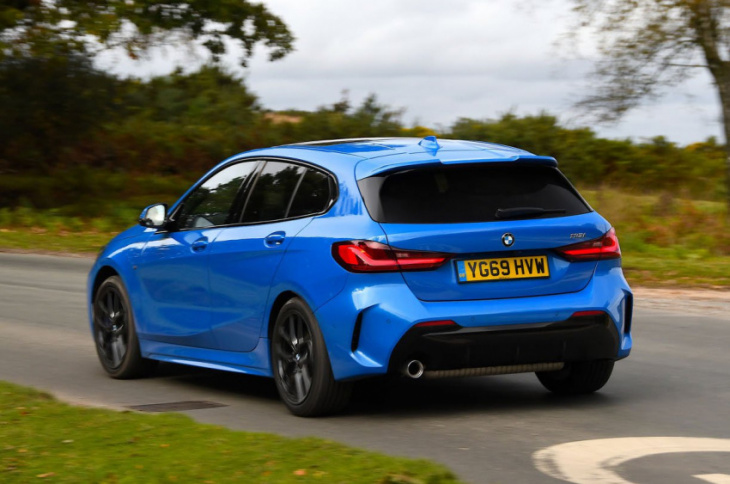 So, with the 1 Series’ unique selling point nowhere to be found, are you better off with one of its rivals? The Mercedes A-Class has a premium badge too, yet arguably looks even more posh inside and out.

You might think that would be reflected in expensive prices (even used), but you’d be wrong. At three years old, the A-Class is slightly cheaper than the equivalent 1 Series.

Whichever car you pick, you’re making use of four-figure savings off their new car prices. Time to see which prestigious hatch is best…

Both the cars we’re testing have 2.0-litre diesel engines and they’re usefully brisk around town. They also have plenty of verve in reserve for motorways. The A-Class is a bit faster and builds speed more easily. The 1 Series has near-identical power, but the A-Class’s is more evenly spread across its rev range (rather than concentrated more at the top and bottom), making it more usable. 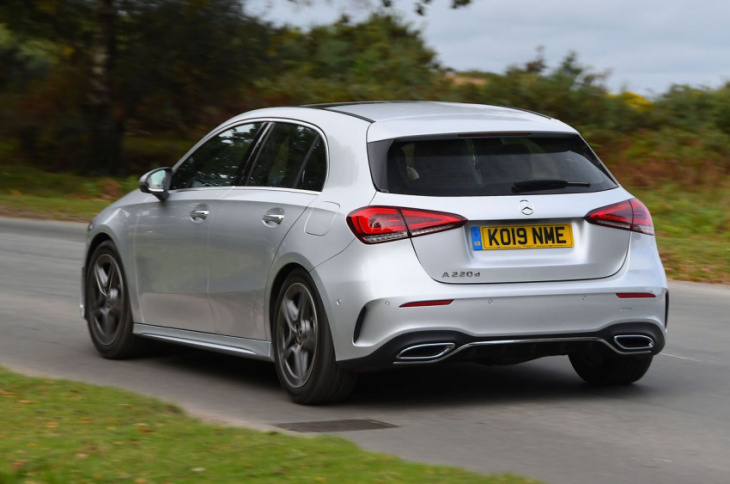 It’s swings and roundabouts, though. Both cars’ automatic gearboxes change quickly, but the box in the 1 Series is better harmonised with its engine and has a knack of being in the most appropriate gear most of the time. The A-Class gearbox fumbles occasionally to grab the ideal gear, plus it’s jerkier when pulling away.

The 1 Series’ engine emits a deeper yet more distant rumble that’s fractionally less intrusive than the higher-pitched clatter of the A-Class. The contrast is sharper in slow traffic. At idle, there’s more noise and vibration inside the A200d, and its engine stop-start system operates with a shudder, whereas in the 1 Series it’s comparatively seamless.

You’d need keen hearing to notice either engine at 70mph, but the 1 Series just pips the A-Class for peacefulness in other ways. Both cars produce more road roar and wind noise than the VW Golf, but the bluster in the BMW 1 Series is focused mostly around the door mirrors, while in the Mercedes A-Class it comes from the mirrors as well as the rear side windows.

On top of that, the A-Class emits louder twangs from its suspension over bumps in the road, although it does actually have a softer ride. You get the most benefit from that on gently undulating motorways or A-roads, where it’s appreciably calmer than the tautly sprung 1 Series M Sport. The flipside is that the A-Class isn’t as well tied down, so you notice your backside bouncing off the seat more often when the road is really bucking. 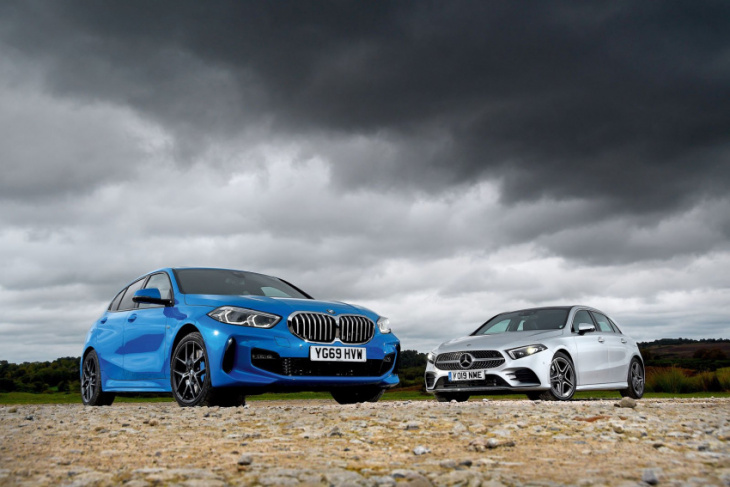 Oddly, the A-Class isn’t a whole lot smoother than the 1 Series across broken town asphalt. It deals with initial impacts better but needs more time to compose itself after the disruptive calluses have gone.

Most will find the softer Mercedes A-Class comfier overall, but there’s no doubting that the BMW 1 Series does more to tickle the fancy of enthusiastic drivers. Its steering is quicker than that of the A-Class so it’s far more eager to scamper towards apexes, and, with much less lean and a more playful balance, it changes direction with greater alacrity while feeling more fun. Don’t write off the A-Class, though, because it grips just as hard, is perfectly capable and is more relaxing to drive, thanks in part to its slower steering.