Used Endeavour at a high price: Is it worth buying after Ford's exit 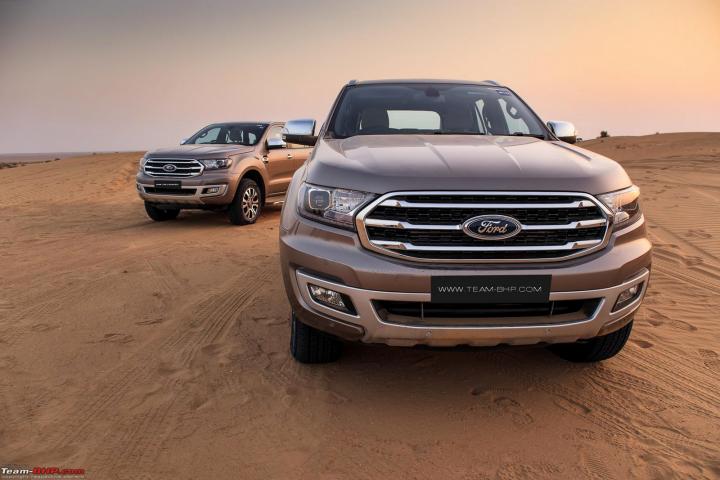 Between regulatory uncertainty on diesels, it’s complex mechanicals and electronics and the parent company itself shutting down, it is too big a risk to buy an Endeavour at these prices.

BHPian Peet Stop recently shared this with other enthusiasts.

Looking at the exorbitant prices on used Ford Endeavours in the market, especially the BS6 10 speed ones, do you think it is worth buying a car from a manufacturer which isn’t here in India for 30+ lakh rupees? How do you think the value of these vehicles will hold up in the upcoming years?

Although I’m a huge fan of the 2nd-gen Endeavour, I wouldn’t recommend buying a used one for 30+ big ones. 3 million rupees can get you some great SUVs / MPVs from manufacturers that will stay around. There are enough Endeavours on the road to ensure part & service support for a couple of years, but I do foresee challenges after 3 – 5 years. The resale will also drop off a cliff around that time frame. God help you if something as complex as that 10-speed AT has an issue.

Too many good cars (new & used) around from OEMs who have a solid footing in India. Look at them instead (Fortuner, Carnival, Kodiaq, XUV700, new Tucson, Alturas etc.).

Here’s what BHPian cool_dube had to say on the matter:

As much as I love the Endeavour, it is simply not worth its while buying one at the kind of asking prices prevailing in the used car market currently. At the end of the day, not only is the product discontinued but also the parent company has left the country. A pre-owned Endeavour would be a great buy 4-5 years down the line when ramifications of Ford leaving the country would be more explicit, resulting in asking prices settling down to more realistic levels, something similar to what is seen for Mitsubishi Pajero SFX/Sport.

Here’s what BHPian Shreyans_Jain had to say on the matter:

I will not recommend touching a pre owned Endeavour today. Between regulatory uncertainty on diesels, it’s complex mechanicals and electronics and the parent company itself shutting down, it is too big a risk at these prices. What will you do if there is some issue with the drivetrain or the gearbox? The asking prices for cars like this is a bubble that is due for bursting.

Here’s what BHPian jithin23 had to say on the matter:

Though I have 2 Ford’s at home, I’d not suggest the Endeavour at the moment because of its complex electronic nature and Ford has shut shop. EcoSport is at least more accessible in terms of mechanical parts and serviceability whereas only a handful of garages outside of Ford can handle Endeavor.

You can get used Bimmers(X3, X5, X6)/Audi(Q5)/Mercedes SUVs for this price. Even Skoda Kodiaq is a good contender. On the other end you can get a Crysta or a used Fortuner or a new XUV700.

Here’s what BHPian Bhalla had to say on the matter:

Although the Endeavour is a awesome SUV, a big no for it now. Simple reason is Ford’s exit from India. The Endeavour has proven its reliability and earned big fan following (including me) over all these years but spending 30+ big ones on an SUV who’s manufacturer no longer sell cars in India, I’m sorry but I’ll stay away. Better to look for a Fortuner by spending some extra money if you want a used example. If you don’t need a 4×4/AWD equipped vehicle, get a new Innova. Even a new Safari, Carnival will work out better than a used Endeavour now.

Keyword: Used Endeavour at a high price: Is it worth buying after Ford's exit