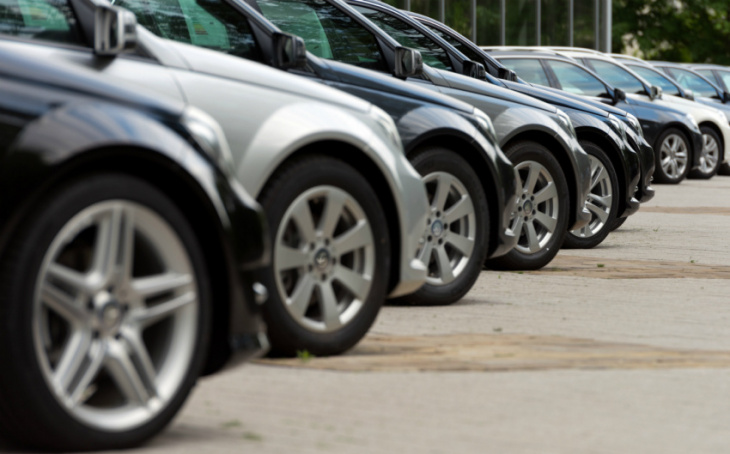 The price of used cars continued to rise last month, continuing its upward trend of the last two years, despite a cost-of-living crisis and the UK entering a recession.

October saw the average price of a used car on the UK market rise by £300 to £17,836, according to Auto Trader, with prices having risen by 5.1% since this time last year.

However, while price rises continue and the used car market remains strong, the rate of increase is slowing, the online retailer said, and though an overall drop in prices is still some way off, those prices are beginning to stabilise.

“The stability in prices is due to the ongoing demand and supply dynamics in the market.

“Although consumer demand is softening against last year’s record highs, levels remain comparatively robust, which, coupled with the ongoing squeeze in both new and used car supply, is keeping prices buoyant.”

‘You can’t cancel a car like you cancel Netflix‘

Used car prices began their upward trajectory in the wake of the Covid-19 pandemic when a realignment of priorities among computer chip manufacturers across the world led to a massive shortage of semiconductors for car manufacturers. When car production began again following lockdowns, the supply-side bottlenecks resulted in a shortage of new cars on the market that continues today.

Data from last year indicated that 46% of new car buyers were not willing to wait more than a month for delivery of their preferred vehicle, with 74% open to buying a used alternative if a brand-new car was not readily available.

With lead times in excess of a year on some models and manufacturers not able to get cars out the factory door fast enough to meet consumer demand, many buyers turned to the used car market instead, driving prices skyward.

Since then, demand for new cars has not fallen significantly and, with supply still constrained by a semiconductor shortage, used prices remain inflated despite the economy taking a turn for the worse.

An Auto Trader spokesperson said the company sees “no imminent signs of significantly higher levels of supply coming into the market to upset those dynamics in the near term,” and the company’s firm’s director, Ian Plummer, suggested that used car prices may remain insulated from chilly economic headwinds.

“The demand we’ve seen over the past couple of years has been colossal and we’re still seeing strong demand today,” he said.

“Used cars are much more of a necessity for customers; you don’t cancel your car like you might cancel your Netflix subscription, if you need it to get to work.”

“There might be a softening of pricing to a degree, but not a drop.”

Equilibrium is coming to the used car market

“The exceptional market dynamics we’ve seen over the course of the pandemic has shifted average prices up dramatically – around 47% on 2019 levels,” said Walker.

“But while we continue to hear reference to a figurative cliff edge, or prices set to collapse, we still see no evidence of it.

“Based on what we’re tracking across the whole retail market, as well as forward views of supply chains, there’s nothing to suggest anything other than a return to relative normality now that those dynamics have been absorbed and new equilibrium seems to be stabilising.”

Despite Auto Trader’s figures showing that used car prices continue to rise, the most recent release from the Office of National Statistics suggests that prices actually fell in October (by 2.7%), for the first time in two years.

While both sets of numbers are conflicting, when compared they do both indicate one thing: that for the first time since the pandemic, used car prices are finally starting to level off.