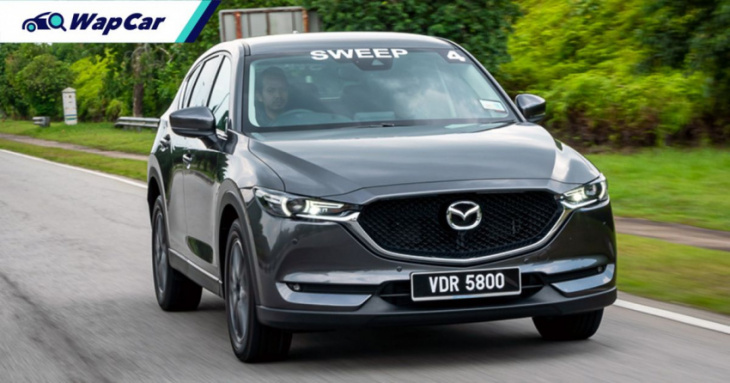 When the second-generation made its global debut in 2017, it might not be an instant head-turner despite the attempts at masking the SUV with the beautiful Kodo design. Yet, 5 years later, we can safely say that the KF is a winner judging by how many you see on the road. 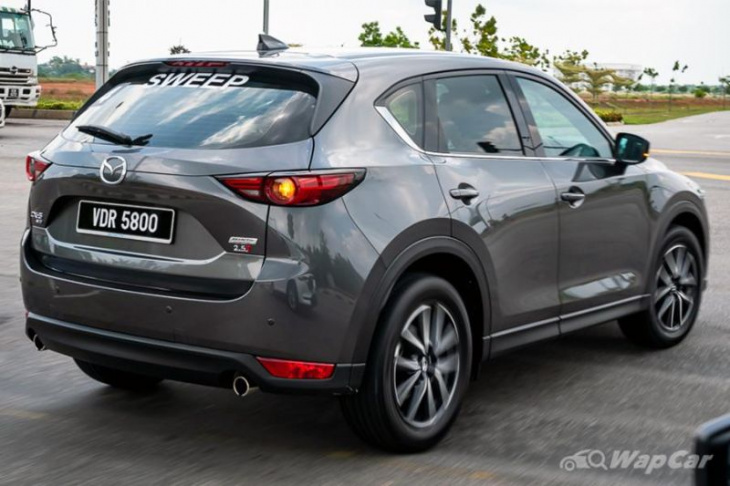 Compared to rivals like the Honda CR-V and the Proton X70, the CX-5 offers some fun in the sedated and oversaturated SUV market. The Mazda loses out in interior roominess to its rivals but it wins family brownie points for looking cool and for the petrolhead of the family, some joy around the corners.

What are the CX-5 KF variants offered? 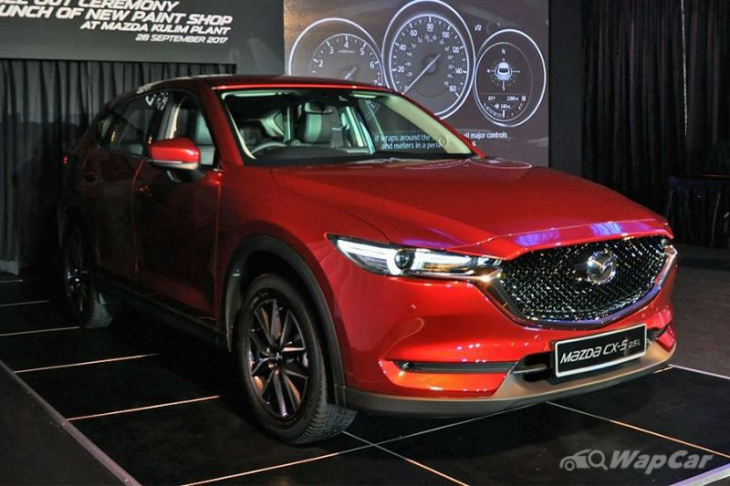 The CX-5 KF might be tempting especially in the used car market considering that early models start from just below RM 100,000. The second-gen CX-5 was first launched here in October 2017 with 5 locally assembled (CKD) variants: A couple of years later in 2019, the facelifted CX-5 KF was launched in Malaysia and was also locally assembled (CKD) at the Inokom plant in Kulim, Kedah like the pre-facelift. 5 variants were also offered for the facelift but the all-wheel-drive (AWD) diesel variant was replaced by a turbocharged 2.5-litre AWD petrol. 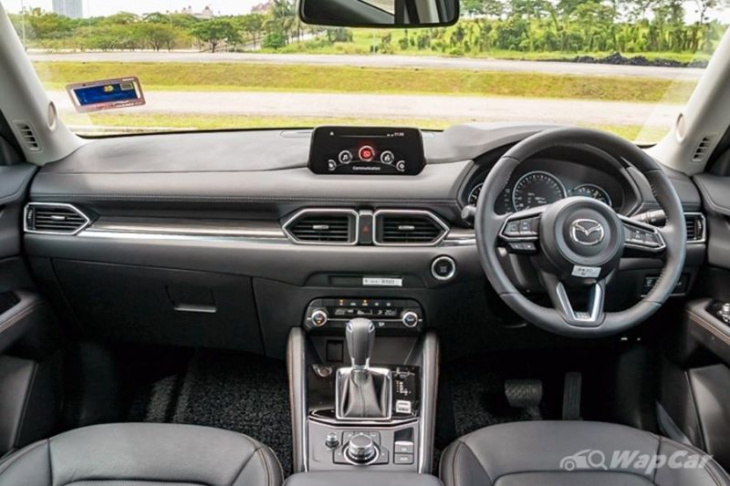 Aside from the minor nips and tucks in design, the facelift offers more modern features including LED headlights and taillights as well as Android Auto and Apple CarPlay all as standard. 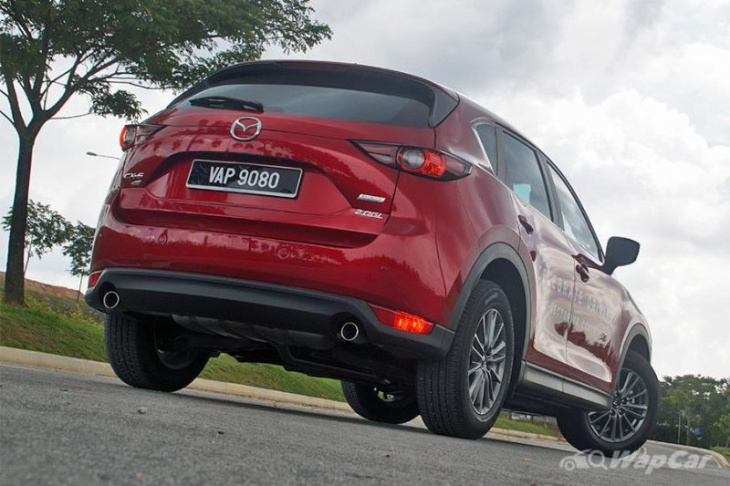 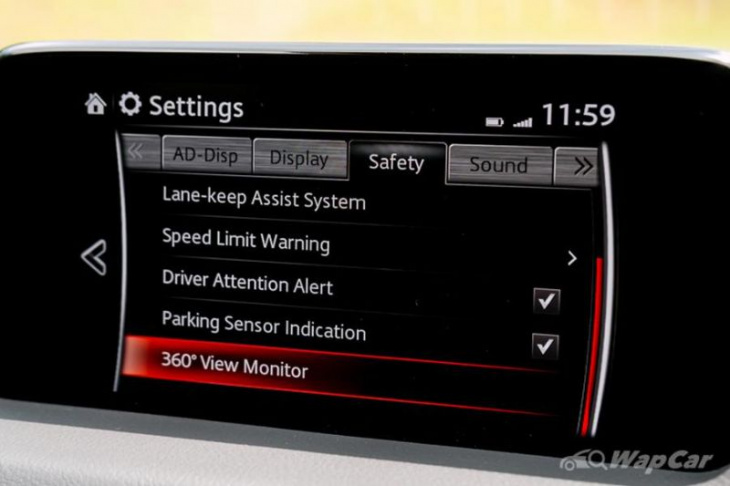 All variants of the CX-5 KF, no matter if it’s the facelift or pre-facelift, are paired with a 6-speed automatic transmission and offer 6 airbags as standard. Higher variants come with more active safety features of course but if you are into that, the facelift offers autonomous braking as standard from the 2.0 High variant onwards.

How much does a used CX-5 KF cost? 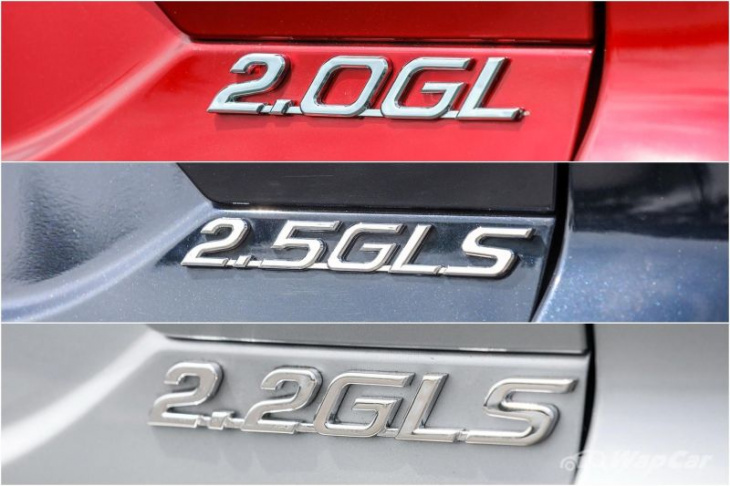 While the pre-facelift KF models start at around RM 100k for the entry-level GL all the way to around RM 120k for the 2.5 GLS petrol or 2.2 GLS diesel, the facelift models show just how strong Mazda’s resale value is. 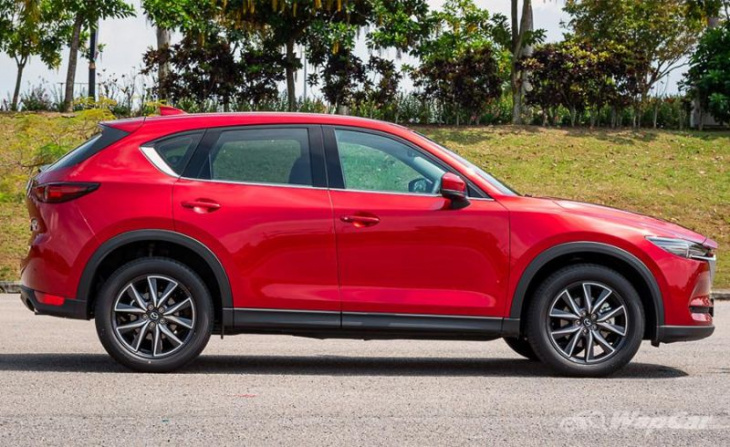 Trawling through the classifieds, a used facelift KF starts from under RM 120k for a 3-year-old base 2.0 Mid variant all the way to around RM 130k for the top-of-the-range 2.5T High. Mind you, a brand-new CX-5 starts from RM 138k and it’s essentially the same as the one from 2019 albeit with a few minor updates.

What are the problems of the CX-5 KF to look out for? 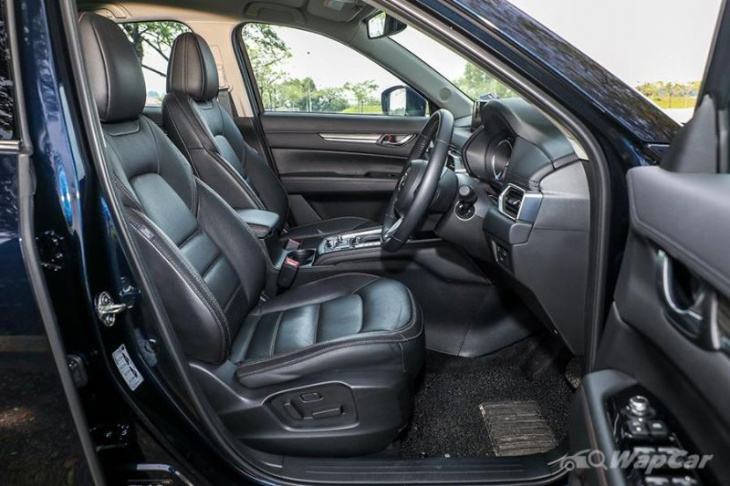 Before we dive into the common problems with the second-generation CX-5, there was a recall issued in Malaysia. The affected units were pre-facelift models which comprised 15,780 CX-5s manufactured between 2017-19 that required their fuel pump module replaced.

So, if you’re looking to get a pre-facelift CX-5, make sure to check that the replacement is fixed. 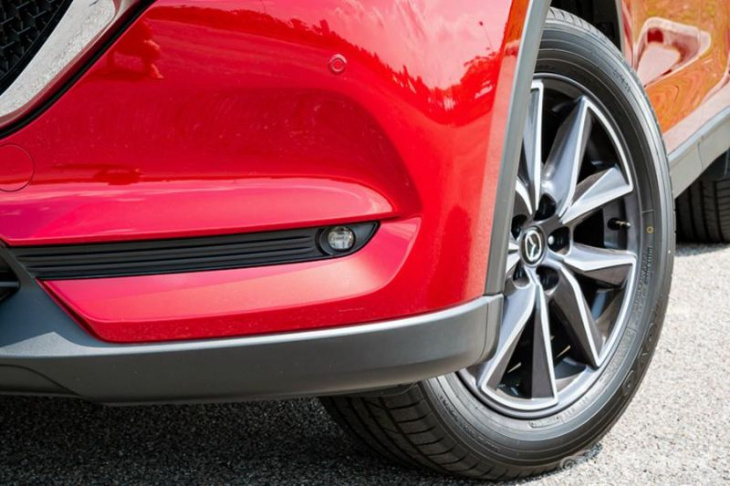 Besides, owners have reported that there is suspension bushing noise or rattling being emitted in front. This is likely caused by the type of rubber used in the construction of the bush not working well with the local weather. 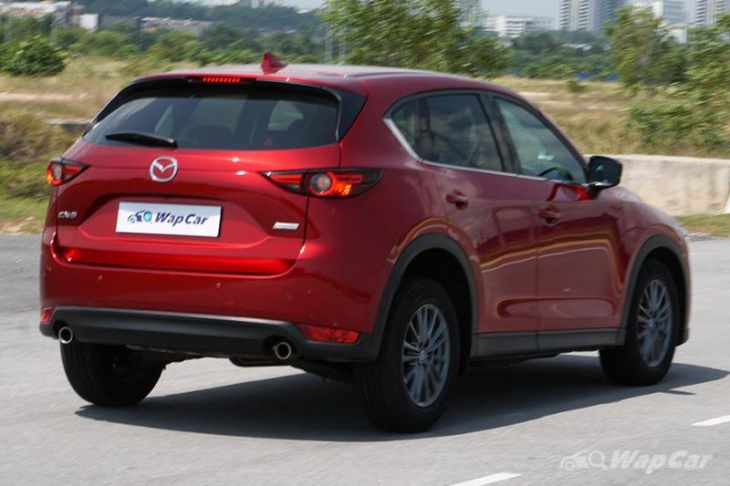 Unfortunately, Mazda doesn’t offer a fix for it but there is an aftermarket solution which would replace the component with a firmer polyurethane unit. That would affect the handling of the CX-5, though. Still, we’d recommend checking for noises from the front suspension on models that have a mileage of more than 100,000 km. 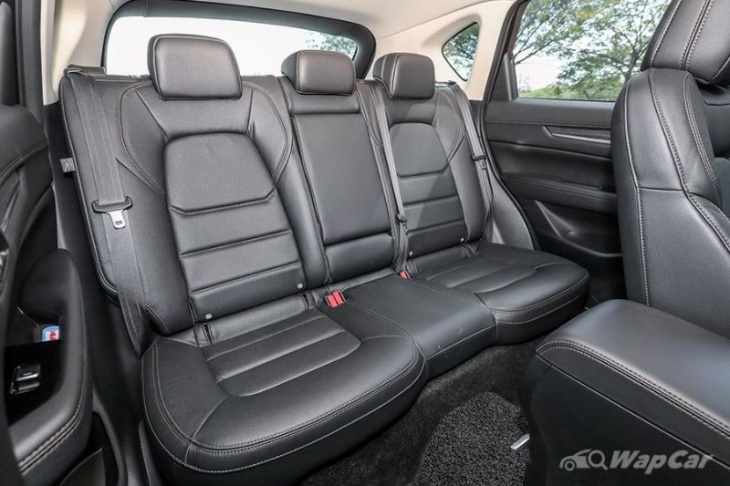 When purchased new, the CX-5 came with a free maintenance package, usually between 3-5 years depending on the year of purchase. As such, it is without certainty that most owners would have sent them to an authorised service centre but make sure to check the service history. 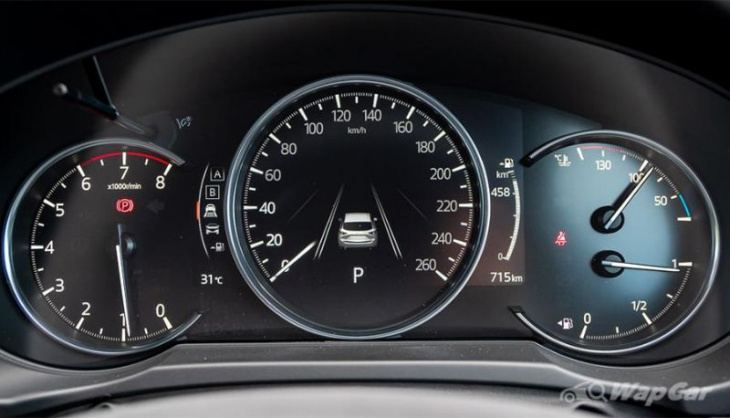 While the CX-5 is generally worry-free, make sure to look out for flood-damaged units as well as those with heavy impacts from accidents. Poorly maintained units are likely very few and far between but it’s worth repeating to only trust a complete service history.

Which is the best CX-5 KF variant? 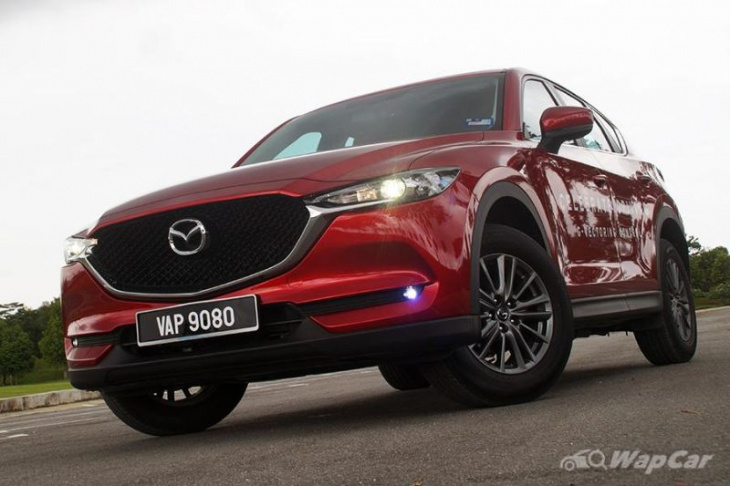 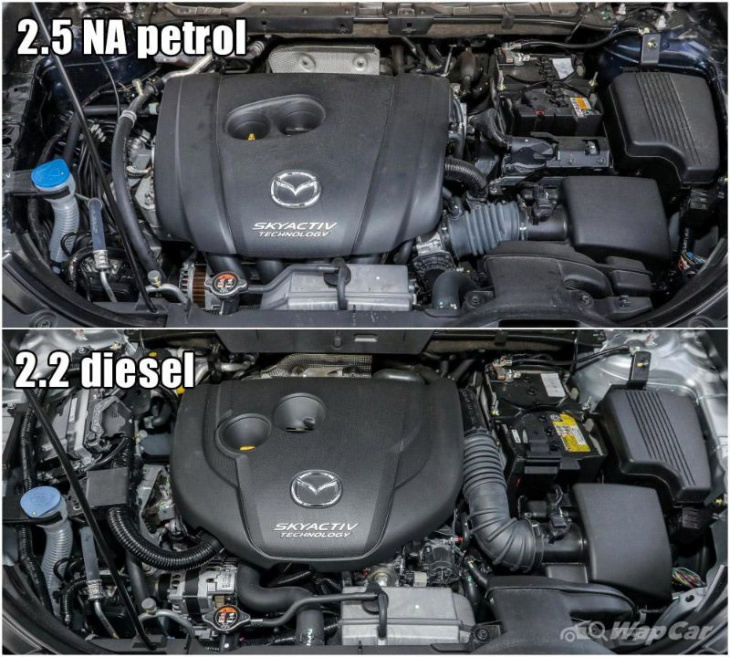 Both the non-turbo 2.5-litre petrol and the 2.2-litre diesel units offer more power and torque respectively but the extra ringgit for either doesn’t seem all that worth it. 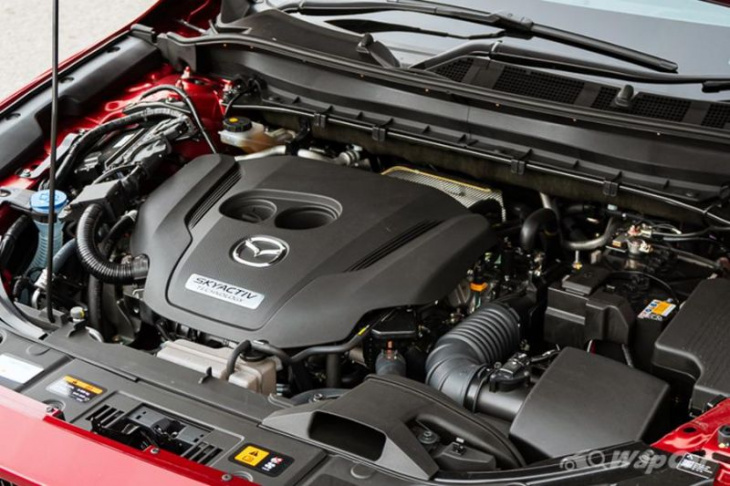 Meanwhile, the turbocharged 2.5-litre brings out some comments that it is a sleeper performance car disguised as an SUV but like the other more powerful units, we still think that the price doesn’t quite justify the power you’re getting.

Besides, the weak brakes also don’t quite match the engine’s performance. 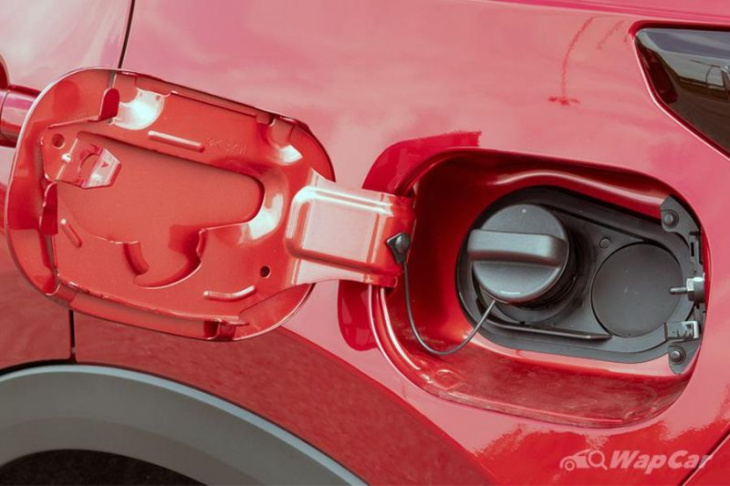 That addictive power could also lead to an urge to be a bit more heavy-footed on the throttle which translates to poor fuel economy. In this day of saving money, perhaps it’s best to be a bit more frugal on those performance urges.

Hence, the pre-facelift 2.0G 2WD GLS offers the best balance with a generous kit and decent performance. Based on our research, they start from a little over RM 100k. 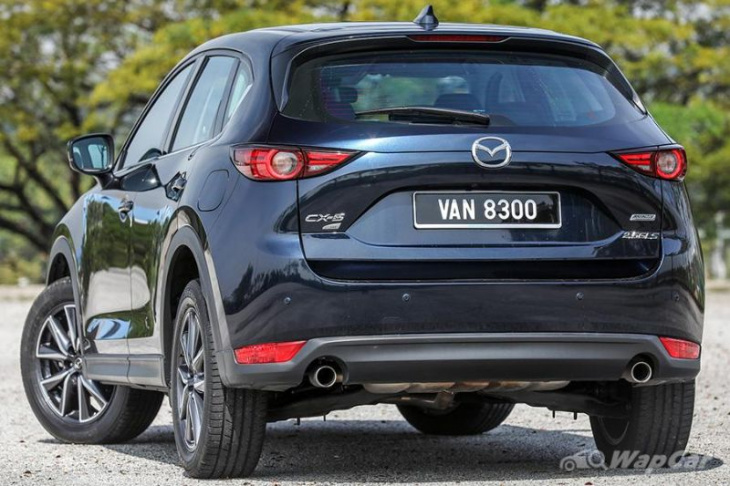 The CX-5 KF is a sound choice for a used C-segment SUV with a more premium finish and livelier handling than its competitors. Even for a 5-year-old model, a used CX-5 still feels as good as its modern rivals, not only because it’s essentially the same one you can get brand-new off a Mazda showroom. 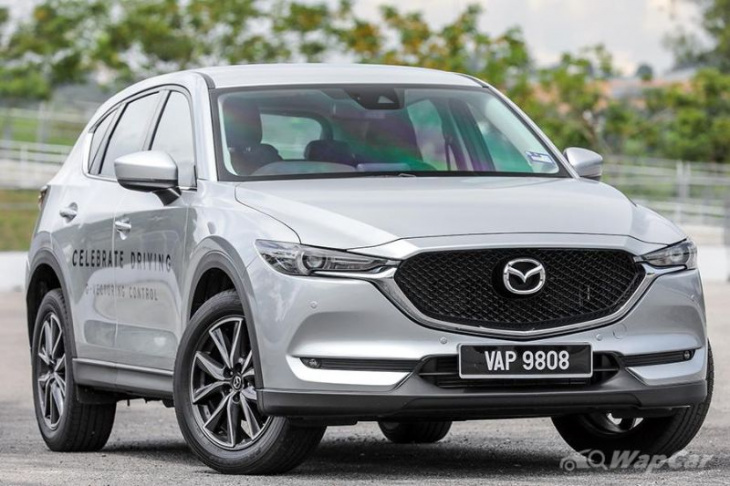 Plus, being a generally worry-free SUV, it isn’t that hard to find one that captures your heart. Carsome has a few well-maintained examples of used CX-5 KFs in stock if you are seeking this prime SUV.

Steven Ewing and John Neff are our exciting guests this week.

Mazda's only EV in the US is the limited-production California-only MX-30 with 100 miles of range.

Mazda shifts to a rear-biased, longitudinal layout for its big, 3-row CX-90 CUV, launching with electrified options, including a PHEV version. We chat with Jeff Guyton, president and CEO of Mazda North American Operations, about where Mazda goes from here.

CONFIRMED: A new-generation Mazda CX-5 is coming to Australia to take on the Toyota RAV4 Hybrid - but there's a catch...

Here to stay! Mazda6 axed in the UK, as 2023 model pricing confirmed for Australia