US: More Than 70% Of Plug-Ins On Road Were Assembled In North America

Almost two-thirds were assembled in the US. 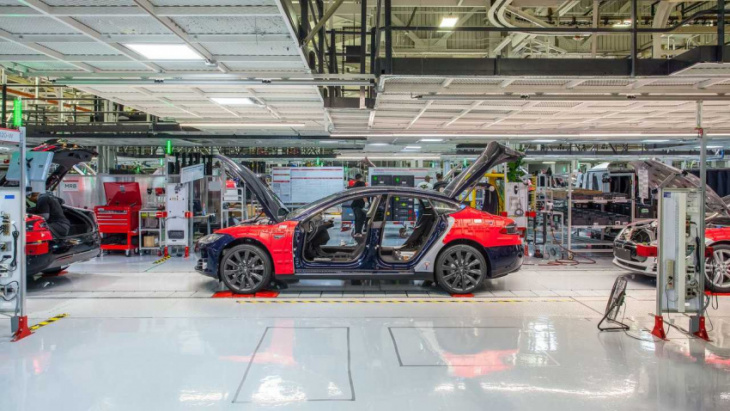 The US is becoming more and more self-sufficient in terms of plug-in electric car production thanks to a huge wave of new investments across the EV industry.

However, even before, local production was responsible for the majority of sales, so there is nothing to complain about.

The Department of Energy (DOE)’s Vehicle Technologies Office noted in its latest weekly report that, as of the end of 2021, some 73% of plug-in electric vehicles on the road in the US were assembled in North America, while 65% were built in the US.

Considering how quickly carmakers are now launching production of new plug-in models in the US, we can assume that sooner rather than later the share will reach 80-90%. 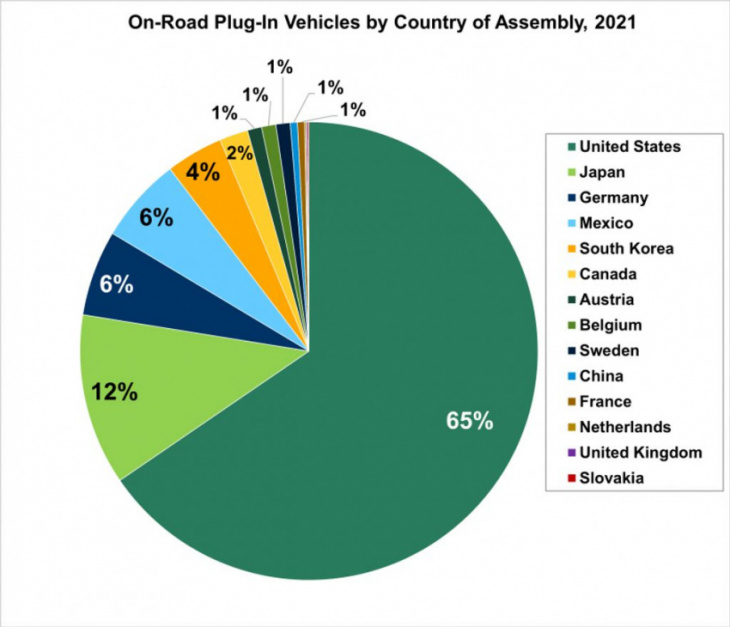 The report notes that a greater share of plug-in vehicles were assembled domestically than conventional internal combustion-powered vehicles, which means that plug-ins are already positively impacting the local economy.

One of the reasons why various manufacturers (BMW, Hyundai Motor Group, Mercedes-Benz, Volkswagen, Volvo to name just a few) want to produce plug-ins in the US are new rules – the Inflation Reduction Act (IRA), which require a local production to take full advantage of available incentives ($7,500 federal tax credit), but there are also other reasons.

Manufacturing and selling plug-in cars is simply a growing, profitable business, which attracts investments. Some manufacturers – like Tesla, were able to receive solid income even in years when its cars were not eligible for the $7,500 federal tax credit.

In 2021, some 4% of new light-duty vehicle sales in the US were rechargeable. With a growing supply of plug-in cars, we guess that this share will quickly increase in the next few years from over 5% after the first nine months of this year.

Keyword: US: More Than 70% Of Plug-Ins On Road Were Assembled In North America