US Hybrid to deliver hybrid and electric street sweeper components 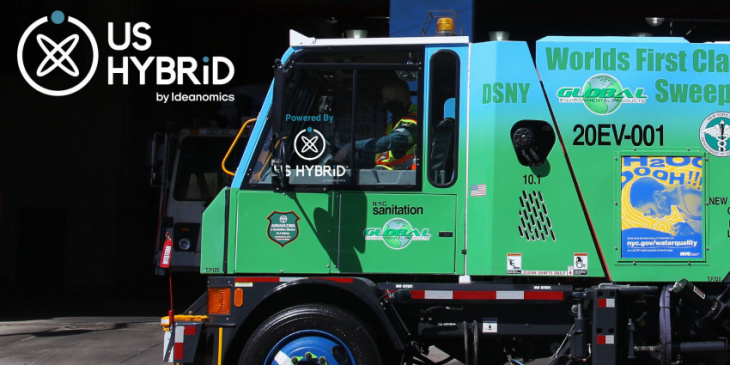 Ideanomics has announced plans for its subsidiary US Hybrid to Global Environmental Products with its proprietary electric and hybrid propulsion kits for use in the construction of 62 zero-emission street sweepers. GEP will then provide the sweepers to New York, California, the City of Helena, Montana, and Washington D.C.

The two companies GEP & US Hybrid have cooperation in the past as well: Going back as far as 2009, the two companies launched their first hybrid electric street sweepers in New York. In the meanwhile, the partners also served customers in Japan, as well. US Hybrid also provided a number of electric transporter vans for public transport operator Antelope Valley Transit Authority in California.

“Together with GEP, we are providing customers across the U.S. with made-in-America zero-emission street sweepers featuring the best available technology pioneered by US Hybrid,” said Ideanomics Mobility President, Robin Mackie. “This order, one of the biggest to date, reflects a simple truth – zero-emission street sweepers are better for the planet, communities, and the bottom line. Also, each order supports the growth of America’s clean energy economy and green manufacturing jobs.”