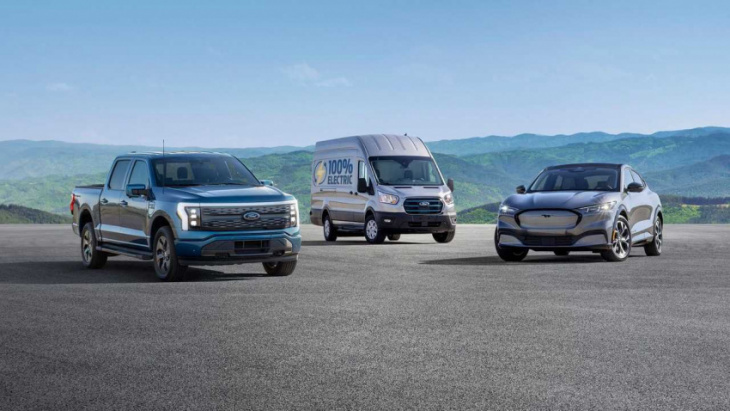 In November, the total sales of Ford and Lincoln vehicles in the US decreased by almost 8% year-over-year to 146,364. The company reports strong demand, which indicates that the problem is still in the limited supply of new vehicles.

In the case of all-electric vehicle sales, Ford once again doubled its sales year-over-year. Last month, the company delivered 6,255 units (up 103%), which is also 4.5% of the total volume.

Ford noted also that its EV sales expanded at approximately twice the rate of the overall EV segment in November and that it is America’s second best-selling brand and manufacturer of EVs behind Tesla.

“Ford share of the electric vehicle segment expanded about 2 percentage points over a year ago – standing at 8.6 percent share for the month. Ford’s electric vehicles are conquesting from competitor vehicles at a rate of over 60 percent this year.”

Sales of the Ford F-150 Lightning amounted to 2,062 units in November, which is basically in line with the 6-month average. We can guess that about 2,000 units per month simply is the initial production rate.

The numbers exclude China, where the Mach-E is locally produced and sold.

Ford recently celebrated the production of the 150,000th Mach-E. That, combined with over 142,000 produced in Mexico, indicates that the production in China so far reached about 8,000 units. Such production volume – “a few thousand units” – was also suggested in the Chinese reports in October, by the way of price reductions.

A total of 654 Ford E-Transit were sold in November, which, as usual, makes this model America’s best-selling all-electric commercial van.

Ford also noted that so far this year 5,811 E-Transit were sold and that accounts for about 80% share of its segment (all-electric commercial vans).

Unfortunately, Ford does not report sales of other plug-in models, like the Ford Escape PHEV. Lincoln’s PHEV sales were not revealed either.