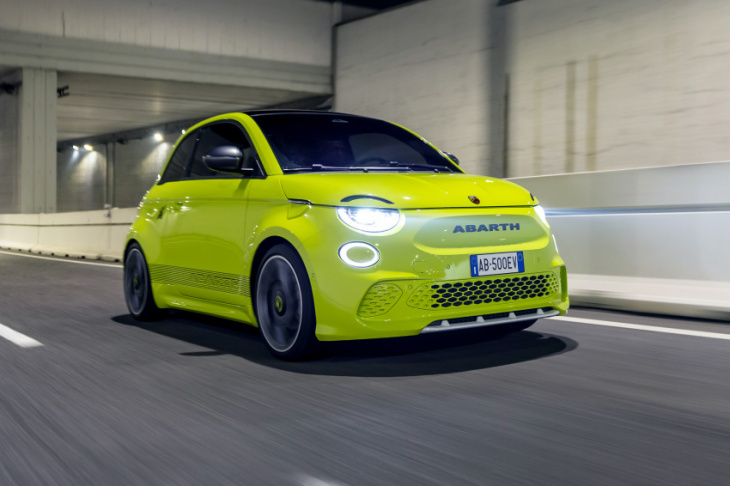 A redesigned Fiat 500e electric hatch heads to U.S. showrooms in early 2024, and it may have a feisty Abarth flagship on offer when it arrives.

The new 500e Abarth was revealed on Tuesday and is set to go on sale next year in markets where the latest 500e is already available. It was revealed with just one powertrain: a 153-hp electric motor that drives the front wheels.

Performance claims include 0-62 mph acceleration in seven seconds, which is roughly two seconds quicker than the stock 500e rated at 117 hp in its most potent guise. No top speed was mentioned. 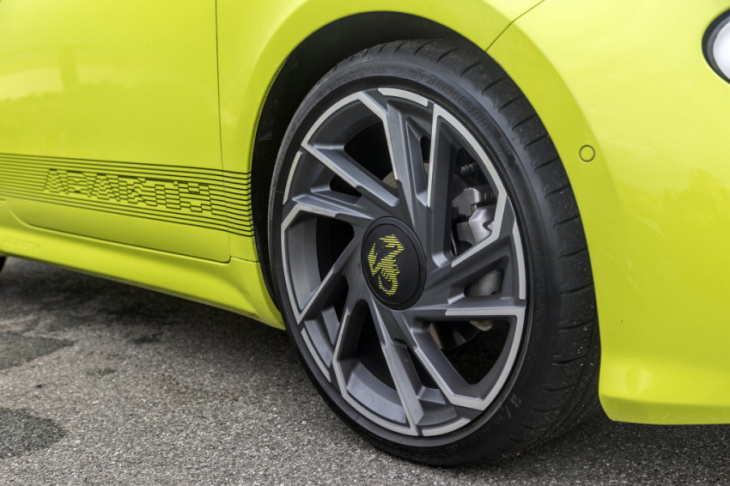 Perhaps what’s more impressive is the 500e Abarth’s mid-range punch. In most instances, it’s quicker than the older gas-powered 500 Abarth 695 which comes with 177 hp, according to Fiat. The company said 12-25 and 37-62 mph acceleration are both about one second quicker in the 500e Abarth, and a lap of parent company Stellantis’ Balocco test track also yielded a one second quicker time for the EV.

Handling has also been improved thanks to the bigger footprint and lower center of gravity of the latest 500e’s platform. The vehicle measures roughly 2.4 inches longer and 2.4 inches wider than the gas-powered model. The wheelbase has also been stretched by 0.8 inches.

The battery is a 42-kwh unit. While no range estimate was given, Fiat said an 85-kw charger will enable 25 miles to be added in five minutes of charging. Charging from 10-80% will also be possible in about 35 minutes. 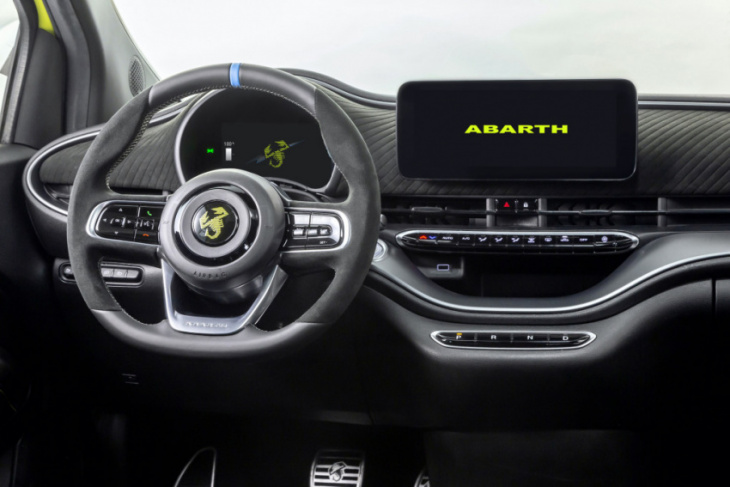 On the outside, the vehicle sports all the typical Abarth cues like a roof-mounted spoiler, upgraded wheels, tires, and brakes, plus a sporty design for the front intake’s grille. Inside, the Abarth gets all the 500e’s top features, including a 10.25-inch infotainment screen with graphics unique to the Abarth model. There’s also a steering wheel and pedals sporting Abarth’s scorpion logo.

When asked, a spokesman for Fiat said the company is focused on the launch of the regular 500e in the U.S., though he didn’t rule out the 500e Abarth coming here. We also know Fiat is coming out with additional modern Abarth models. Olivier Francois, who heads both Fiat and Abarth, has hinted that he expects there to be more than one Abarth model on sale at any time. One possibility for a second Abarth is a hot version of a future electric Fiat 500X. 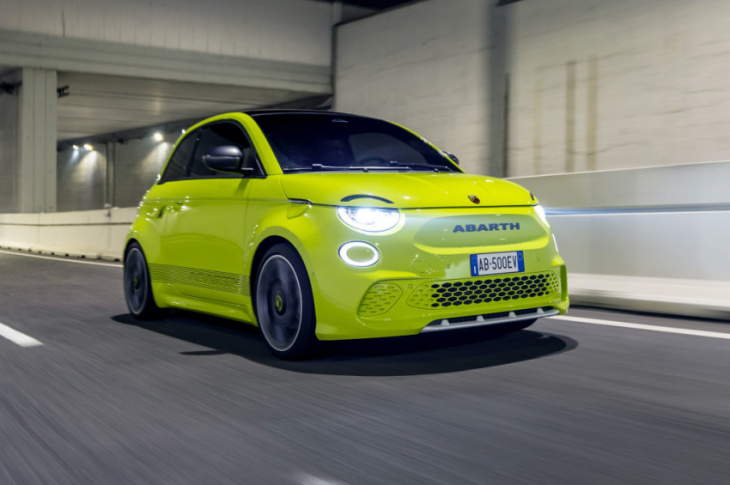 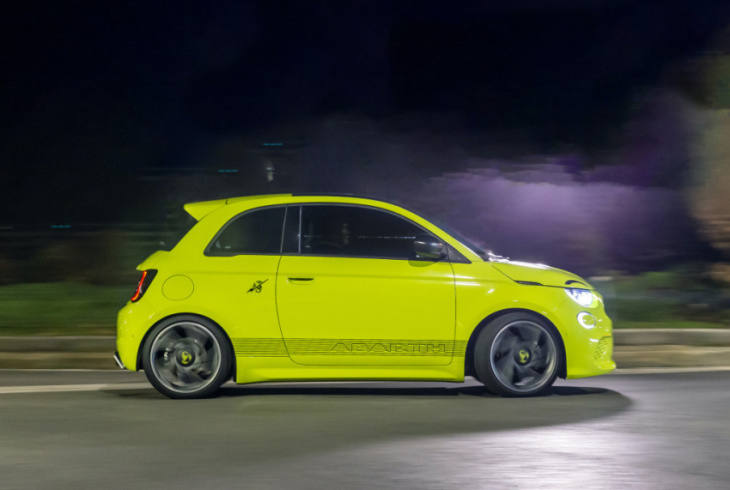 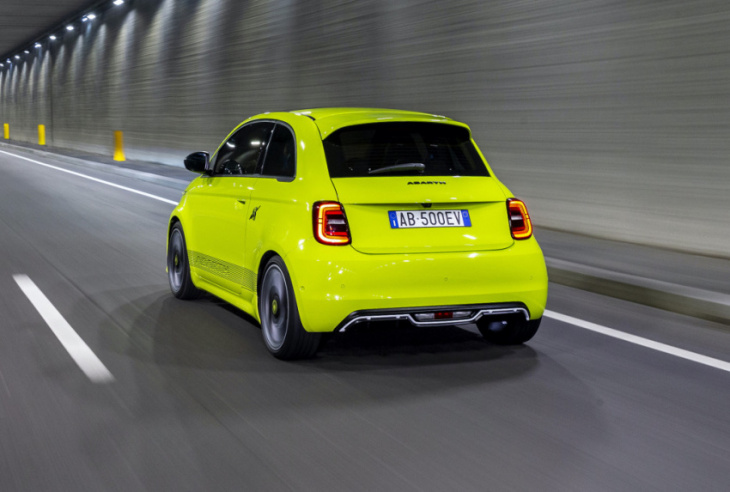 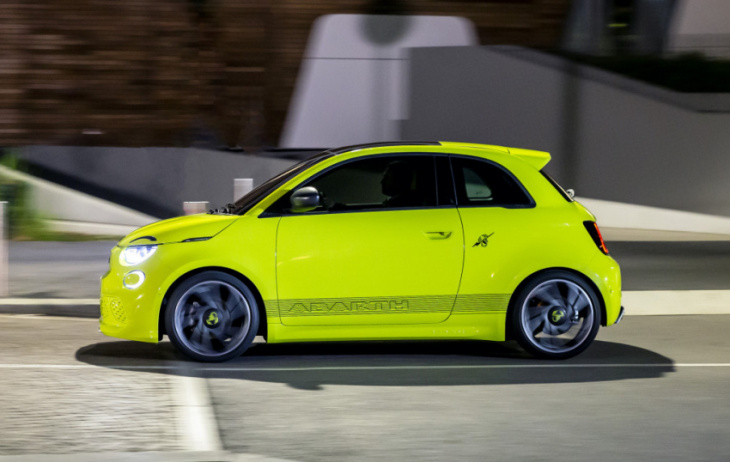 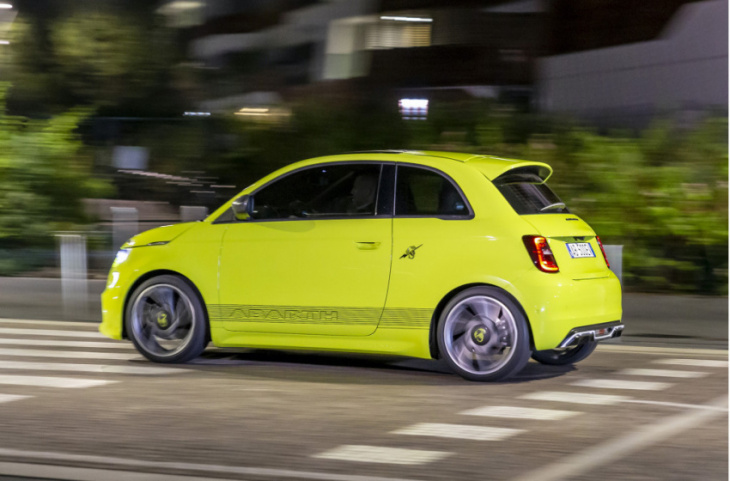 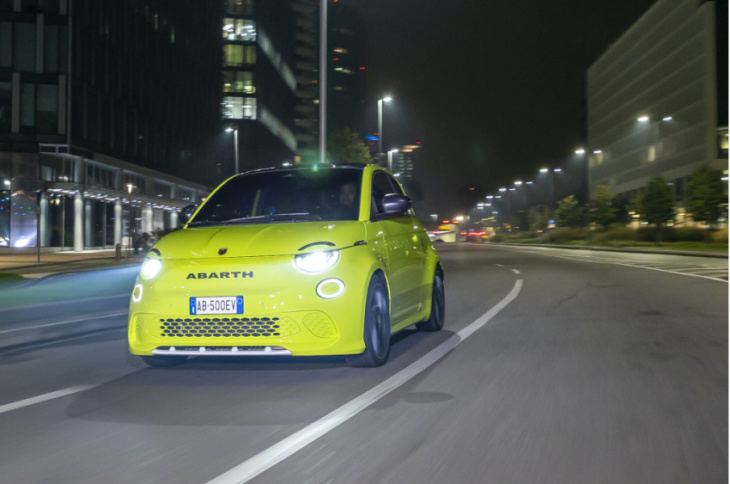 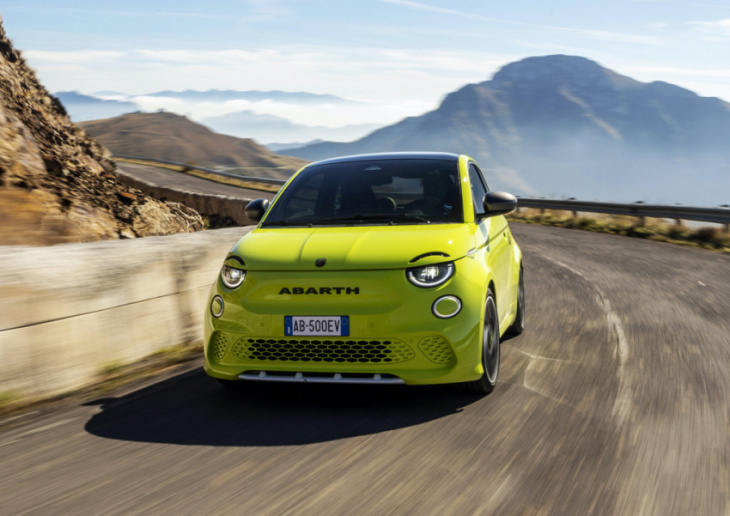 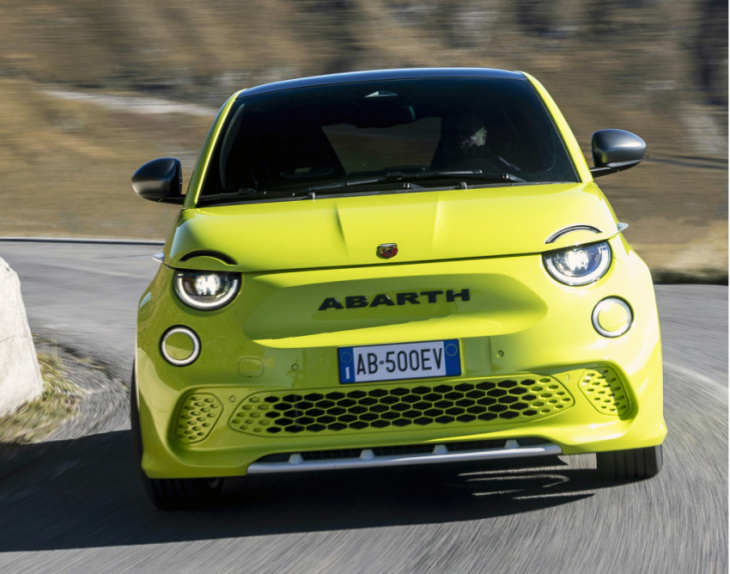 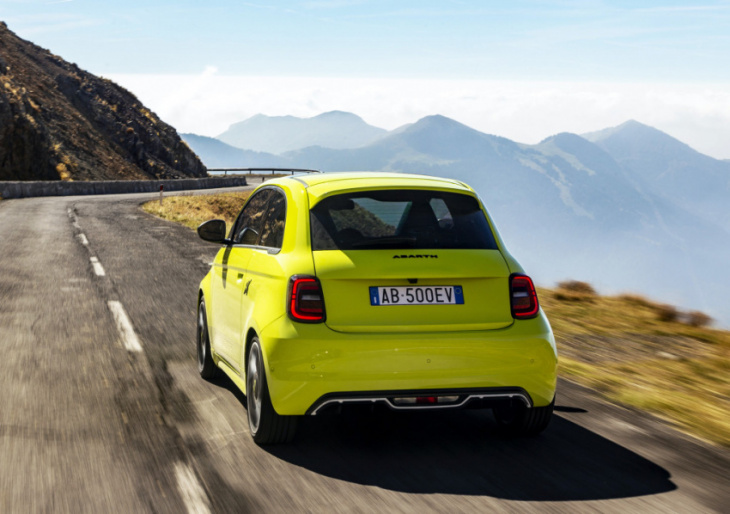 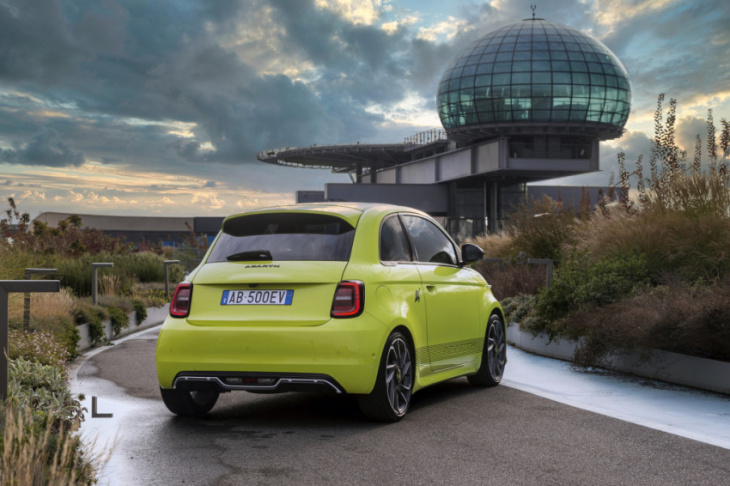 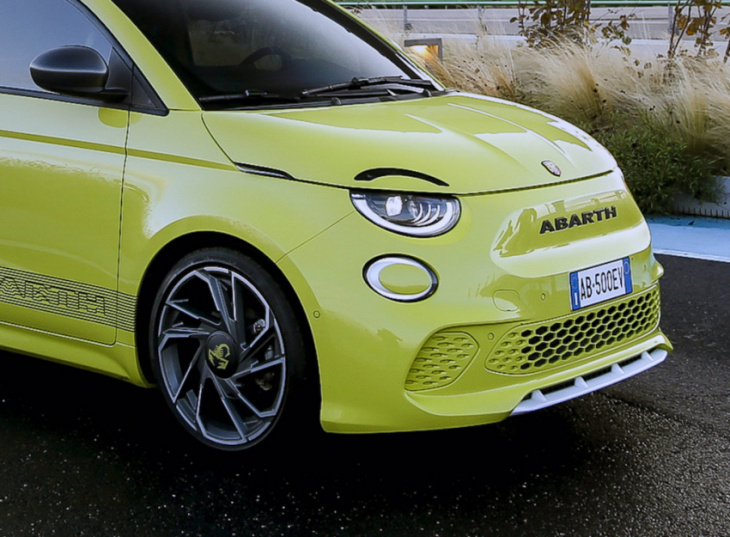 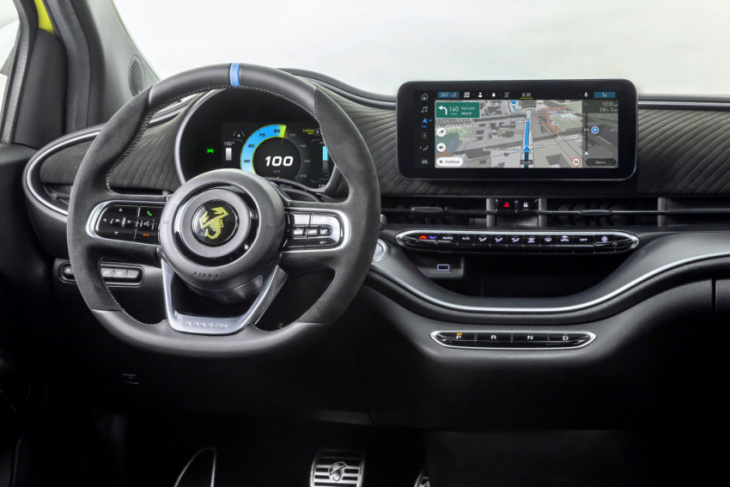 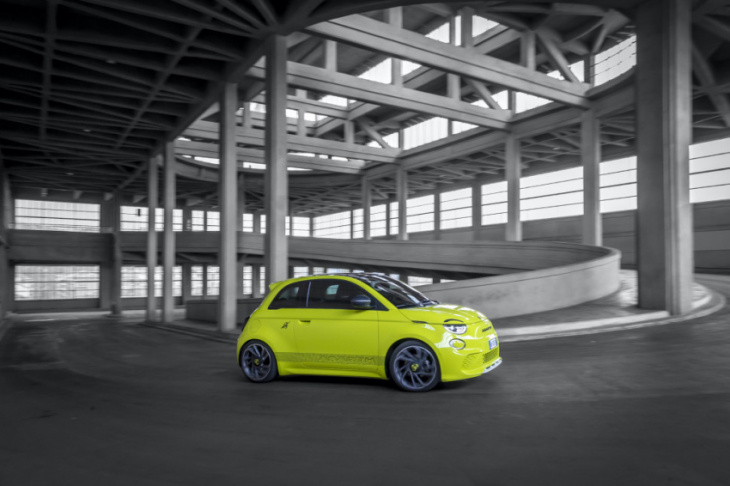 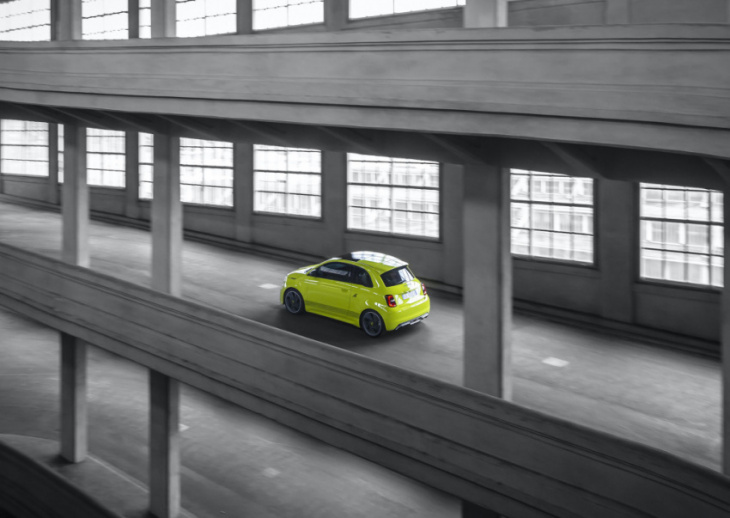