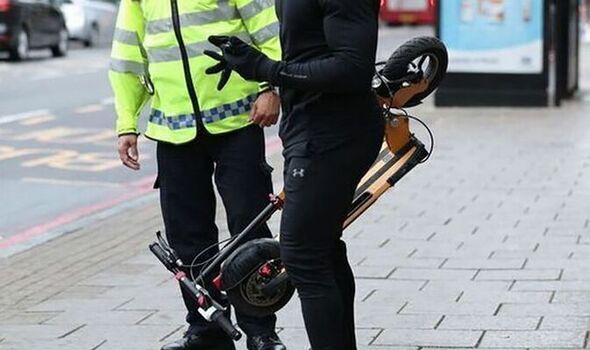 Pressure has mounted to ban electric scooters after a young woman was mown down by one – cracking her skull in three places.

The pedestrian, who suffered several fractures to the cranium, has been left unable to work following the crash, which happened during morning rush hour on a one-way street in East Yorkshire.

Since then, Councillor Viv Padden, for Tranby, East Yorkshire, branded the machines “illegal and dangerous”. His wife was nearly knocked down by a scooter.

Speaking to Hull Live, the councillor said: “Let’s keep our streets safe. These are illegal and dangerous.

“The standing position of the riders makes head and facial injuries more likely for them. If people want to report something there’s no registration number for them to use.

“I think we’ve all seen these e-scooters going by, and they’re fast.” 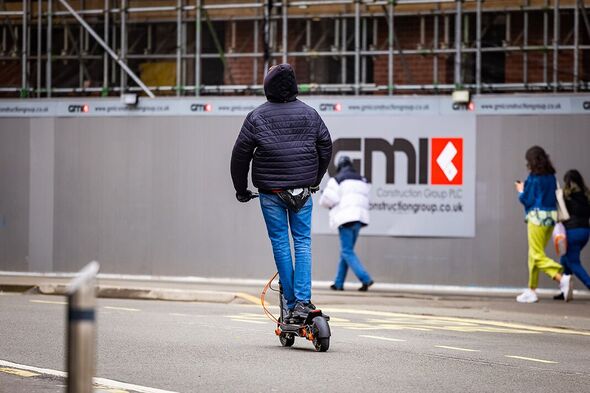 A man rides an e-scooter

One man said: “[E-scooters] annoy me. Blasting along on the path no lights. Faster than a push bike also and quieter. You can usually hear a bike coming along.”

Another Facebook user posted: “The vast majority of these scooters zoom by on the roads without a care for anyone. How come car users etc have to pay road tax yearly?

“I’ve seen them cutting in and out of traffic they are dangerous and most of them do not wear Linkhelmets either! Something needs doing imagine if a child is struck by one of these!!

“They are illegal so what do the police do about it? Nothing, just as they do about theft and just about everything else.”

Another woman shared: “If they’re illegal then they’re breaking the law just by riding them. They shouldn’t be getting away with it.”

But a minority argued electric scooters offer an excellent alternative method of transport in large cities.

One man wrote: “I think they are a great idea, they can solve so many problems, just need to manage them properly, with insurance and like a CBT course like mopeds but the government can’t even manage a government so we have no chance.”

Another said: “If we ban these, we should ban cars too, far too many people die because of car accidents.”