Does this mean 2022 deliveries are still on track? 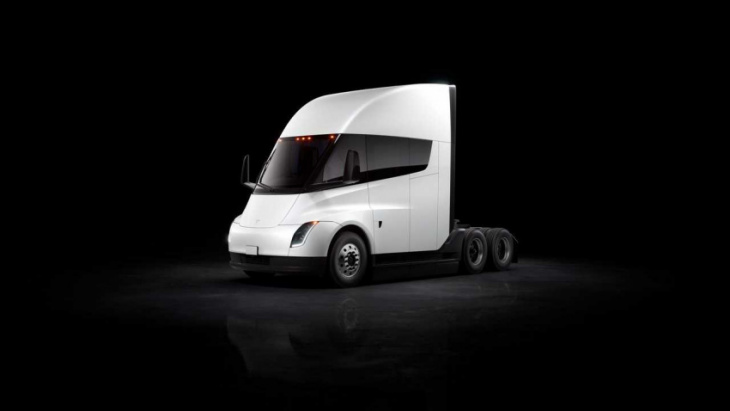 Elon Musk revealed earlier this month that deliveries of the long range version of the Tesla Semi would begin by the end of 2022, some three years later than originally announced (and five years after the original concept was shown). Tesla also just updated all the photos on the official Semi page, further hinting that the manufacturer is on-course its plan to deliver trucks this year.

The photos show what we presume is the final look of the Tesla Semi, complete with traditional mirrors complimenting the rear-view cameras, but other than that staying true to the concept. Initially, only the variant with 500 miles of range will be made available, which has a claimed electricity consumption of under 2 kWh per mile and has a maximum gross combination weight (GCW) rating of 82,000 pounds (37,195 kg).

Tesla also says it is capable of hitting 60 mph (96 km/h) from standstill in 20 seconds and that it can maintain the speed limit even up steep grades, although the manufacturer doesn’t put a number on this last claim. And charging fro one of the special ultra rapid Tesla Semi Chargers (also known as Tesla Megachargers), , the truck can regain 70 percent of its range in just 30 minutes.

There are currently only a handful of known locations where Megachargers have been installed, among which are Giga Nevada, Tesla’s battery and EV component manufacturing plant located east of Reno, and another one was supposed to be built at a Pepsi facility in Modesto, California – we know it was under construction late last year, but we haven’t actually received confirmation that it is up and running.