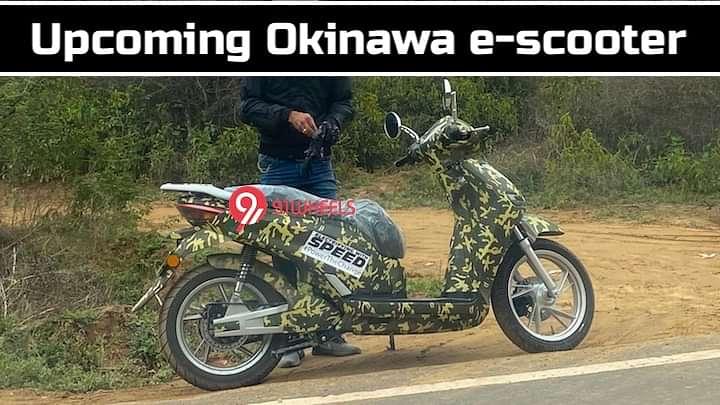 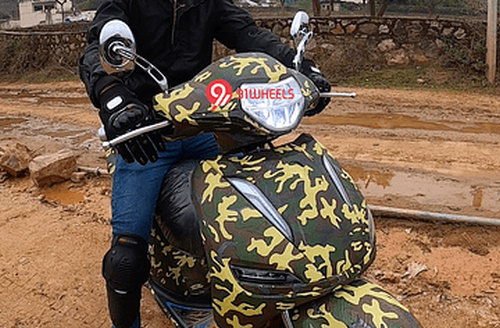 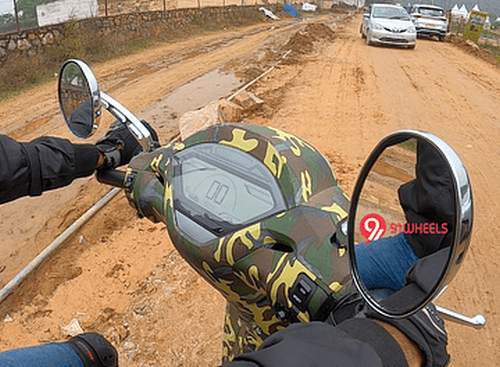 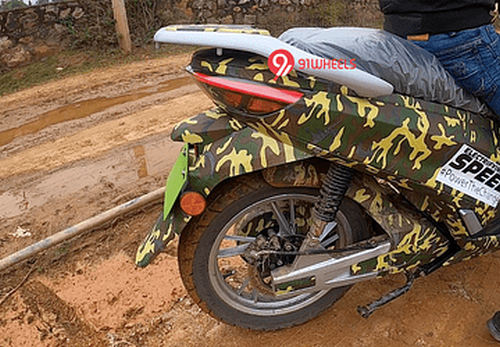 Unlike the sleek and compact Ather 450X and the Ola S1 Pro, the Oki90 looks rather large.

Looks like Okinawa is working on a new electric scooter for the Indian market. The new model, believed to be the Oki90, was recently spied testing.

Okinawa’s upcoming e-scooter caught our attention because of its sheer size. Unlike the sleek and compact Ather 450X and the Ola S1 Pro, this e-scooter looks rather large.

In terms of features, the Oki90 comes with an LED headlamp and a digital instrument cluster with Bluetooth connectivity. It is likely to get two riding modes – Eco and Power.

The new e-scooter appears to have a long wheelbase and is equipped with large alloy wheels. It has telescopic suspension at the front and twin shock absorbers at the rear. It also gets disc brakes at both ends.

The market share of e-scooters has increased from 3-4% to 12% in just 6 months. As electric vehicles become more accessible thanks to government sops, more and more people are transitioning to EVs. The electric 2-wheeler segment, in particular, has seen immense growth in the recent past and according ...

Ola has recalled the S1 Pro following multiple reports of e-scooters catching fire. Ola Electric has announced a recall of its S1 Pro over fire risk. 1,441 units of the electric scooter have been recalled. The company has stated that it will be conducting a detailed diagnostics and health ...

Honda’s first flex-fuel offering for India will be a commuter bike with a 100cc engine. Honda Motorcycle & Scooter India (HMSI) has unveiled its future roadmap, which includes developing flex-fuel engines and a new commuter motorcycle. Honda plans to introduce flex-fuel engines in the Indian market. These engines are ...

Norton is gearing up to launch the re-engineered V4 SSV and 961 Commando models. The TVS Motor Company has announced an additional investment of GBP 100 million in UK-based Norton Motorcycles. According to the company, the investment will be towards electrification, cutting edge technology, world-class vehicles, manufacturing, sustainability & ...

Hero Electric to set up four EV plants in India

Rahul Bajaj passes away at 83