Both vehicles are supposedly forbidden fruits for American car buyers. 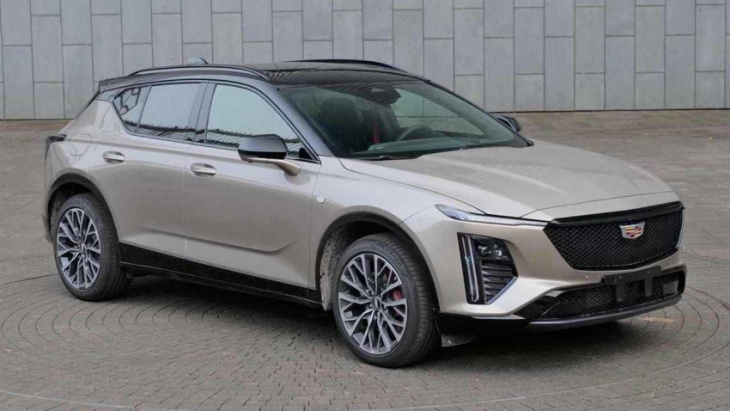 Cadillac is bolstering its lineup in China. In fact, it appears that the automaker is launching two new cars in the People’s Republic as seen in these unofficial reveals of two new models from the American automaker. Taken from China’s Ministry of Industry and Information Technology (MIIT), these Cadillac models are bound to be launched, albeit, they are supposedly forbidden fruits for American car buyers.

The first Cadillac here is the new CT6. A heavily camouflaged prototype of this model was caught in Detroit earlier this year. But as the nameplate has already been killed in the US, it’s most likely to be exclusively sold in China where the current generation of the full-size luxury sedan is still in the market.

Apart from the design, the documents from China’s MIIT bare some details about the sedan. It has the same wheelbase as the outgoing model, while overall measurements are slightly down. Meanwhile, the power plant listed is a 2.0-liter, so we’re assuming it’s the turbocharged 2.0-liter four-banger, bound to make 169 kilowatts (227 horsepower), according to the document.

Meanwhile, the other Cadillac leaked by China’s MIIT is the upcoming GT4. As seen in the photos, the model appears to be a crossover but with a swoopy roofline.

Just like the CT6 leak, the GT4’s accompanying documents give us a preview of what to expect in the new model. Its wheelbase length is right in between the XT4 and XT5, as are its overall dimensions. It will be powered by the same mill found in the new CT6 with the same output numbers.

Both Cadillacs are to be manufactured by SAIC-GM Dongyue Automobile Co., Ltd. – a joint venture between the American brand and the largest of the four state-owned auto manufacturers in China.

Should such a thing exist in North America? Every once in a while automakers and entertainment companies will collaborate for a special edition model celebrating some franchise. We can remember when Nissan and Star Wars did such a thing, which to be honest just made us laugh. In China, Cadillac ...

Cadillac’s supercharged Escalade gives you luxuriating comfort with a kick.

Calling all enthusiasts of powerful cars, any idea what the largest mass-produced engine of all time is? You may have never heard of the actual powertrain, but you’re very likely familiar with the car, that being the Cadillac Eldorado. The Eldorado is one of the most popular rides from ...


View more: This Cadillac’s V8 Was Once The Largest Mass-Produced Car Engine On Earth

What caught my eye is the business case built around the car, and how it’s manufactured.

General Motors (GM) introduced two EVs at the China International Import Expo 2022 (CIIE) in Shanghai, which began on November 5th. The automaker introduced the GMC Hummer EV SUV under the umbrella of The Durant Guild, its new business unit that it plans to market its EVs to the ...

The General Motors brand entered the full WEC for the first time in 2022 with a single Corvette C8.R entered in the GTE Pro class for Nick Tandy and Tommy Milner, having previously only raced in the Le Mans 24 Hours and sporadic other races. Recently, Corvette announced that it ...

Cadillac Reaches For The Stars With 2024 Celestiq, A $300K+ Flagship

Ascendiq name trademarked for possible use in Cadillac's electric future

The Cadillac Eldorado Is A Special Car, But Does It Warrant Such A High Price?