Drivers nowadays will customize their vehicles with all sorts of accessories. You might see creative steering wheel covers, seat coverings with cool designs, and even colorful interior lighting. Back in the day, cars would sport antenna toppers to attract attention and promote a company’s brand.

One such business kickstarted this popular trend that lasted several years. Who was it, and how did it make toppers so popular?

A brief history of Union 76 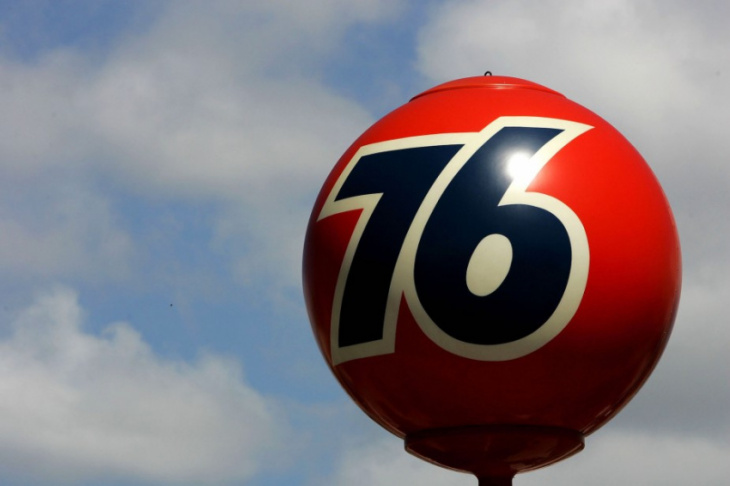 Union 76 began as a gas station franchise in LA in 1932. It operated under the parent company Union Oil of California, also referred to as Unocal according to Virgin Valley Food Mart.

It isn’t clear where the 76 part of the name came from, but some speculate it has to do with 1776 and the country’s pursuit of liberty and independence. This is understandable since the brand has used the “Spirit of ’76” in some of its marketing campaigns in years past.

one of the coolest architectural structures in LA is the 76 Gas Station on Burton Way in Beverly Hills. The alien spacecraft facade looks like a mini Dulles airport. https://t.co/bitYwTfbh4https://t.co/I1EFABfGMn pic.twitter.com/QYnVf0Vtm8

Over the years, the station eventually branched out into other California areas and even Washington state. It is possible to still see these gas stations along the west coast and some southeastern states. However, they have simplified the name by dropping the Union part and are now going by just “76.”

What made them famous, though, was the redesigning of the logo back in 1962, which set the trend in car accessories for a long time to come.

How did they set a car accessory trend?

These bee antenna toppers are causing quite the buzz! ? Thanks to their characteristic smile and vibrant yellow body, you’ll never lose your car again…well, maybe ?
Land yourself a great deal here ? https://t.co/A4voCRs5Rm pic.twitter.com/KDVZfjCu1y

Roy Pederson, a designer hired by Union 76, felt the current design the company used at the time wasn’t cutting it. It wasn’t visible enough to consumers. He set out and designed a new logo, a big orange ball with the number 76 prominent in the middle in blue.

The redesign was successful and helped gain more popularity for the gas station. Five years later, the company took that logo and decided to create something for the public that would further the station’s marketing plans. Initially, the brand brought these spheres to the Seattle World fair and handed them to those passing by. It became so popular that almost everyone had to have one for their vehicles.

According to Erie Insurance, Union 76 started handing out antenna toppers with the same orange ball logo the business had. It held no function other than making your car more visible in winter weather. It was simply a way to customize your vehicle while letting other people know about the Union 76 brand. This kicked off a trend of antenna toppers that lasted several years.

What happened to that car accessory trend?

After years and years of research and development, we’re finally ready to introduce our newest innovation: The 76® Antenna Cube, the perfected antenna topper. Mark this date as the day driving was changed forever. #April #First #TwentyEighteen pic.twitter.com/8BtOCeGD3t

Over time, technology upgraded these accessories. As vandalism and theft of antennas became a thing, retractable radio rods replaced the stationary ones, and then in the 1990s, antennas were integrated into the windshield, making the toppers obsolete.

We see a smaller version of the antenna on today’s cars, but very few people use toppers, especially since it’s now mounted on the roof and not as accessible as it used to be.

Union 76 sparked a whole new generation of antenna topper accessory trends that lasted a few decades. While the toppers are now gone, the stations continue to offer customers an exceptional fuel-filling experience.

Keyword: Union 76 Started This Car Accessory Trend That Has All but Faded Away