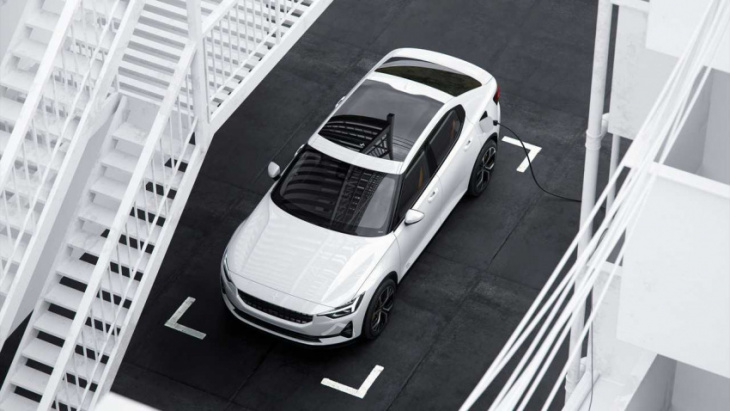 At the same time, plug-in electric car sales continue to expand. The Society of Motor Manufacturers and Traders (SMMT) reports 28,832 new passenger plug-in car registrations in October (up 18% year-over-year). Market share was 21.5% (compared to 23.1% a year ago).

Not only all-electric but finally also plug-in hybrids noted growth in sales last month. BEVs went up by 23%, while PHEVs by 6%. It’s worth noting that non-rechargeable hybrids (HEVs) were also up by 82% year-over-year and took an 11.7% share.

So far this year, more than 278,000 new passenger plug-in cars were registered in the UK, reaching an average market share of over 20%. 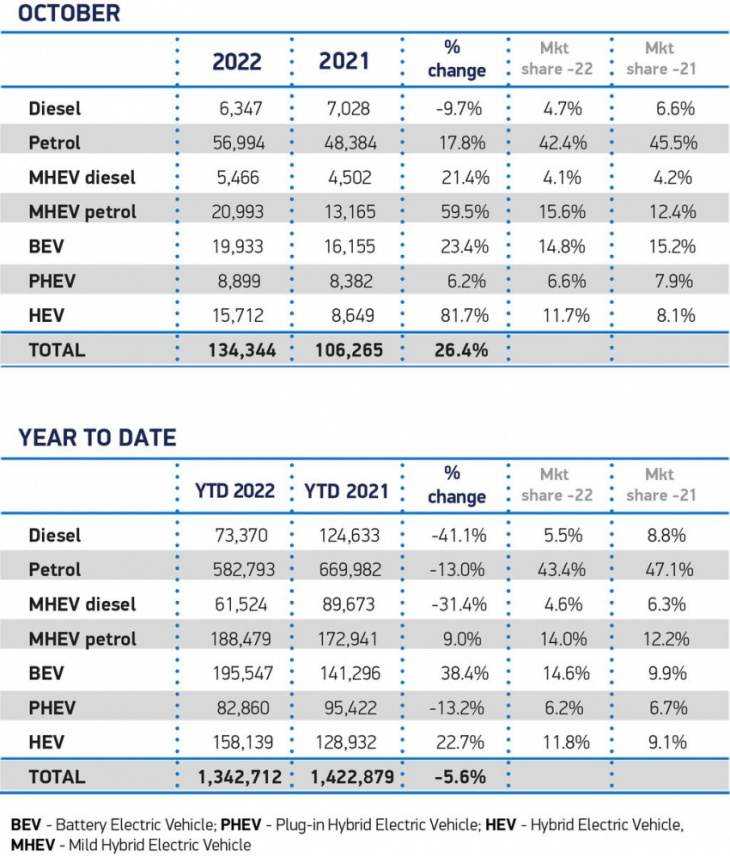 Polestar announced that, in October, it delivered a record number of 1,069 Polestar 2 electric cars, which enabled it to cumulatively exceed 10,000 units in the British market.

The brief stats provided by SMMT do not allow us to see individual registration results for electric cars, but the Tesla Model Y remains in the top 10 for the year with 20,658, despite just 4 new units in October. Let’s recall that in September, the Tesla Model Y noted 8,315 units (#2 best for the month), which allowed it to jump into the top 8 for the year.

Opel’s Vauxhall reports that its Vivaro Electric remains the best-selling electric LCV in the UK with 3,254 units (244 in October). 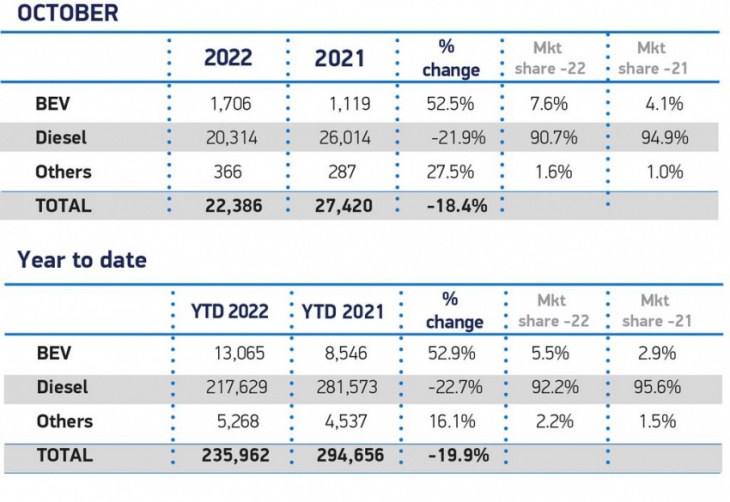