Is the end of food delivery driver jobs on the horizon? 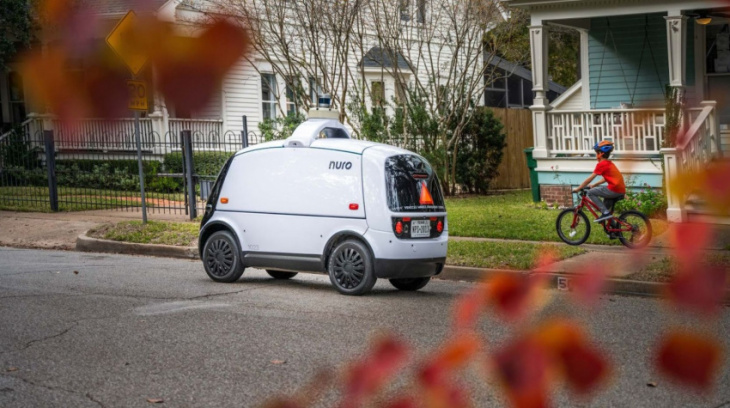 Autonomous tech developer Nuro is teaming up with Uber Eats in a long-awaited partnership that will see the company’s latest robot take over the delivery of food to app users. The two companies signed a 10-year contract just a few days ago, paving the way for a wider rollout of Nuro’s driverless delivery robots, which have been operating on a limited scale in several cities.

The partnership will kick off slowly, with Nuro deploying its robots to Houston and Mountain View, California, as a start, before the service makes a wider debut in the Bay Area.

“Nuro and Uber share a vision in which technology can make everyday life just a little bit easier,” said Noah Zych, global head of Autonomous Mobility and Delivery at Uber. “Nuro’s distinctive autonomous vehicles are a great match for the Uber platform, and this partnership will bring a compelling combination of innovation alongside the convenience, affordability and reliability our customers and merchants have come to expect.”

Perhaps more importantly, Nuro’s delivery robots will allow Uber Eats to not have to pay a human driver, which is something that company has been working toward for years as part of its primary business as well. However, the lagging development of Level 4 and Level 5 autonomy, once widely expected to arrive around 2020, had stalled ambitions for Uber, which has struggled with profitability through normal operations with independent contractor drivers.

Nuro delivery robots enjoyed renewed interest from business partners in the early months of the pandemic, but the company’s technology is now being viewed as a cost saver for operators rather than a method of more sanitary delivery.

Of course, a limited rollout in two cities plus plans to launch in the Bay Area won’t transform Uber Eats’ business model overnight. This could take years even with an unlimited supply of Nuro delivery robots—with regulatory approval still being the major impediment. That’s because commercial driverless permits are granted on a state-by-state basis, in addition to city and county approvals, which were hard enough for Nuro to obtain in the Bay Area, where Level 4 robotaxis are being tested. Nuro will need to focus its efforts in those areas where traffic is suitable for its robots.

For now, and even a year from now, there is little danger of Nuro’s robots replacing the human Uber Eats drivers, which is less than desirable news for Uber’s investors.