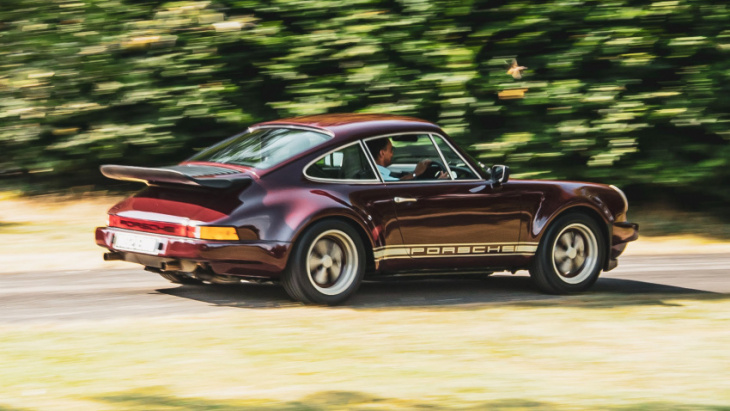 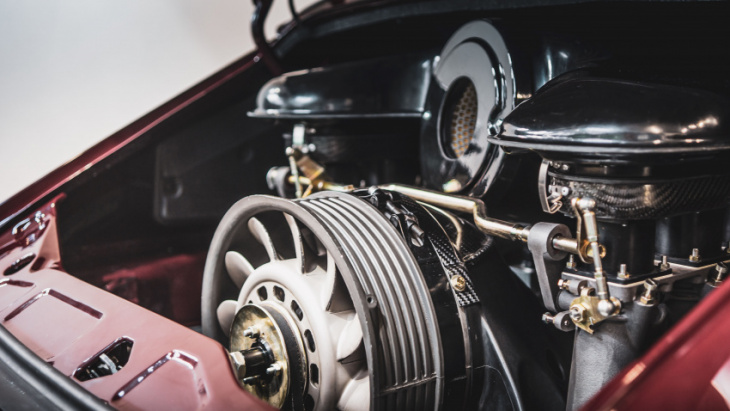 This, as we’re sure you’ll agree, does not look like a 993. But then that’s rather the point. And, while we’re on the subject, it’s quite an accolade for Tuthill, given that what you see here is its first crack at a 993-based car.

What it isn’t, however, is Tuthill’s first experience with the SC/RS – that’s the Rothmans-liveried 911 rally car, for those not fully up on Porsche nomenclature. Back in the Eighties, Porsche enlisted Prodrive to run its factory rally team, which in turn involved Tuthill. Since then, Tuthill’s maintained some of the achingly limited-run rally specials, as well as building faithful reproductions.

So if Tuthill helped with the originals, and builds can’t-tell-the-difference reproductions, what is a 993-based restomod for?

Apparently, to “drive 500km a day without fatigue, but also able to charge down a country road with the same sense of lightness one would associate with earlier Porsche 911s”. So, modern comfort, with old-school feel. Not exactly race car priorities, but we’re not exactly complaining about the result, either.

The 993’s 3.6-litre engine is “upgraded”, the results of which remain something of a trade secret. We know it’s now displacing 3.8 litres, and uses a Motec ECU and a bespoke intake, and we can guess that power’s now in the 300s. So, bang on, in other words.

Equally excellent is the fact that it’s all channelled to the rear wheels through the G50 six-speed manual. Adjustable dampers let you tweak the arguably far superior 993 suspension (it’s set up for A roads by default), while Tuthill’s own calipers sit behind 16-inch Fuchs-alike wheels. That’s one inch larger than the originals, which maintains proportionality with the 930-inspired, wide-hipped bodywork, but also allows meatier discs and more modern braking performance.

The SCRS, then, is a case of finding the ideal of the classic 911 driving experience, and knowing which pieces from which era are the best way to achieve it. Porsche has refined the 911 formula for decades, after all, sometimes to the point of eliminating the eccentricities and idiosyncrasies that made classic 911s such characterful and memorable experiences. Tuthill’s creation feels like a way to bring that back.

And while it namechecks a famous racing chapter in Porsche and Tuthill’s past, its name and form echo that moment in time, rather than reflect the motorsport of the moment. The new SCRS, then, isn’t a new SC/RS. But then that’s rather the point.

Keyword: Tuthill’s latest Porsche 911 restomod got its start with a Group B legend